Who Mary Is To Me: A Survivor’s Story 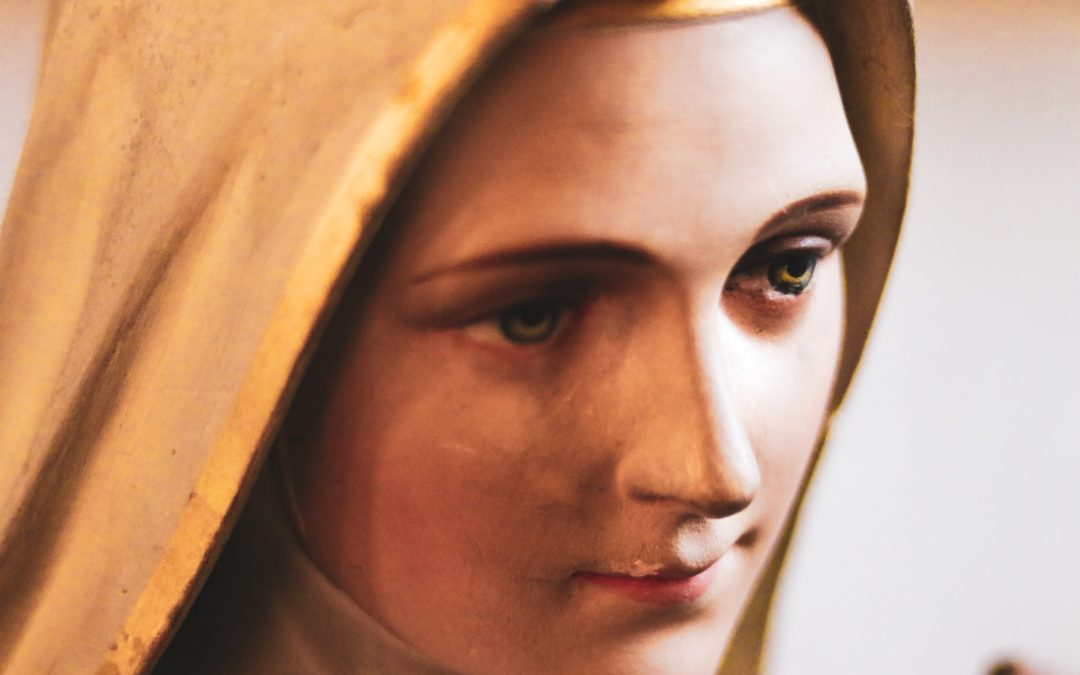 “Mother is the name for God in the lips and heart of little children.” -W.M. Thackeray

Mary. Her story triggering to me year after year. Lack of consent in the name of a man’s will is triggering for any survivor of assault and abuse. You see, to survivors, it doesn’t matter that the male is God. It matters that (another) woman was violated in the name of religion because a man said so.

It is my third Christmas as a single mom. I am still trying to place Jesus and Mary and Joseph — the story complete with (what would be today) a victim of probable sexual assault, now pregnant soon-to-be-single mother and her very supportive boyfriend, who is not the father of her baby. Nevertheless they overcome homelessness, find refuge with talking animals and then usher into the world, an infant who would grow to become the savior of the entire human race. I must admit, some of it doesn’t make much sense to my world view now, at least not the shiny, neatly-packaged version they tell at church.

It is possible Mary felt what many women feel and have felt. As my mind wanders the deep abyss of ancient culture and glazed-over folklore turned to scripture, I find myself thinking she most certainly felt the pressure to be everything to everyone. She conceived, carried, and birthed the Christ child….so I’d safely say she was frenemies with pressure and perfection. The revelation of several affairs, infidelity, lies, deceit recent and fresh in this season. Dashed hopes with heartache and sorrow unlike any I had ever felt before was debilitating. Threats of being stripped, left with nothing, and losing my children were seeped in the daily occurrences of guilt, manipulation and blame wrapped up as a gift in a nice little package with a bow on top. Survival will make us survivors, but at costs that sometimes sabotage our own stories.

Right now, I view her story through so many women’s stories: Mary likely may not have had a choice. She was dealt a deck that was stacked against her from the get go. Sexual assault, abuse, male dominance, systemic oppression all common in her time. Mary didn’t escape these things. She, too, was most certainly a victim. Being the woman that she was she did her duty to preserve, protect, and pacify. The writing was on the wall, spelled out in the silent sight of shunnings and stonings in the square she surely witnessed. Other women made her wise; their fates tied in hers in ways she could easily predict. Later, Mary must have felt the triggers too, her pain present each year in the memories surrounding the trauma of being displaced with her child this time of the season.

Herod and Caesar were men of power. Men who exerted their power in ways to control. Men who were threatened by a tale, by a peasant, by an infant. Sad and transparent their creed towards women: Tax them, threaten them, stone them, if there is any who stand and survive, force their retreat into the night — babes in arms, a sick game of hide and seek, at stake; innocent lives. The same script happening today at the border. Instead of stoning, separating. Funny how men seem to think their logic is not flawed when they seem to say with actions: “How dare you leave me after I treated you so horribly” or “It is my right to treat you with no dignity because you should succumb to suppression.” Yes, power and control can take on illogical forms. But ones that still hurt because they mean so little to those in control but so much to the ones who aren’t. The entitled ‘right’ to abuse another is the hinge-piece of misuse of power.

I fled in the cold and quiet nighttime air with my four little kids. I had new wounds, ones I couldn’t cover. Ones that made me wake up and realize that posting Facebook photos as proof of happiness wasn’t going to make that a reality — no matter what others believed. I felt the twinge of worry when there was no room at the inn for myself and my children. Driving across country, over several days, nursing my injuries and mending confused and broken hearts with nothing but sheer will. There were only a handful of safe people that understood, believed, knew. Shepherds and wise (wo)men offered refuge for us in the form of quiet phone calls, encouraging texts, and holding space for my grief at all hours of the night.

We have all been Mary.

Mary left her home many times to protect her child. She knew the system she was in — she had memorized the in’s and out’s of it just as she memorized the dimples on her baby’s cheeks. A pawn, she played chess with the best of them. Mary was smart, insightful, and fiercely protected her own, despite having little means to do so. She found a way and she made her way. In other words, she wasn’t a shrinking violet who took this laying down. No, not Mary.

I sometimes find myself thinking: How many times did Mary whisper ‘Me Too’ in the quiet corners of the ally ways to other women who faced a plight she knew too well. Did other women find her, seek her — was she their rock? Did she share her story in hushed tones, telling other women, “I believe you.” How many times did she send a quiet letter of comfort to another woman who was faced with similar decisions that were never really her choice to begin with. The gospel of her insight, her knowledge, her wisdom sacred for those who partook. Yes, for some survivors — Mary didn’t just birth the Savior, she simply is a savior.

I read the story of Mary, Joseph, and baby Jesus tonight to my kids before they went off to bed to dream of Santa. Two unrealistic worlds colliding on a mismatched holiday eve. It’s been a rough year. The revelation that my church has paid my abuser’s expenses with no questions asked while I struggle day after day is unfathomable, sickening. But it is believable. Powerful men do what they want to who they want, how they want.

When memories of love, hope, triumph are used as weapons, they cease to mean anything anymore. When men who wish to harm, punish, control, set out to do this — they will succeed. I know this, because this is the system I live in. Fairness is a fallacy but that is what makes a savior necessary.

Mary made her struggles in the system the new normal of her life. She built her home on the chaos and settled in despite the oppression. This was a choice and a wise one at that. Mary did what she could, when she could, how she could, and where she could. She knew when to be quiet and when to shout out. She knew what she could give up and what was worth the battle.

No, Mary did not know she would be a light and a leader in how to conquer in a system that is unconquerable. But I can surmise she smiles when another woman does just that.