Spoken of for a Memorial of Her 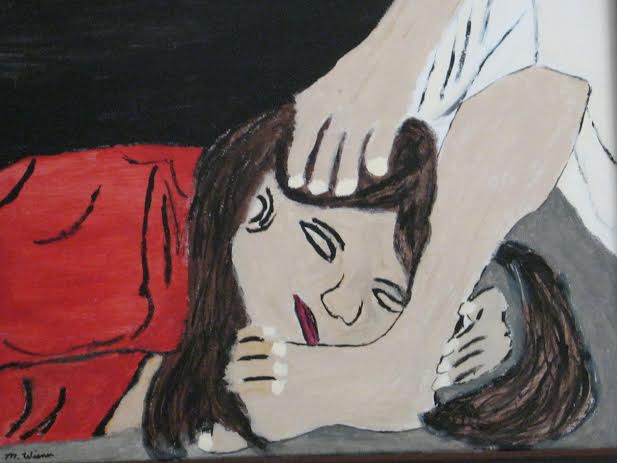 Women are not allowed to preside over the Sacrament; yet the Sacred Feminine is ever-present in the Sacrament itself. You just have to know where to look to find it.

One of the most popular symbols for Mary Magdalene is the rose. This is also a well-known symbol for Mary the mother of Jesus in the Roman Catholic tradition (consider the Rosary). One Sunday morning after Sacrament meeting, I glanced over briefly at the Sacrament table and noticed the Sacrament Cloth was overlaid with rose embroidery. For me, the symbolism was unmistakable. However, as with all sacred symbolism, there is much more to the story than meets the eye.

Considering the Sacrament is symbolic of the Atonement and a renewal of our sacred covenants, I find it interesting the cloth that would be used to cover the elements would represent Mary Magdalene, who I firmly believe to be the wife of Jesus. It is her sacred symbol that shrouds the Sacrament cloth just as the burial shroud covered Jesus’ body as he was laid in the tomb.

The symbolism behind the cloth itself is also significant, for it was the women historically who wove the tapestries for the statue of Asherah, the Mother Goddess housed in the King Solomon’s Temple. According to Patai, “How Asherah was served by the Hebrews we do not know, apart from the one obscure and tantalizing detail of the women weaving ‘houses,’ perhaps clothes, for her in the Jerusalem Temple” (2) – in the women’s court, perhaps? Sadly the reforms of King Josiah would bring a bitter end to those days.

Maxine Hanks suggests that it was the women of the Relief Society who would revive this ancient practice. She notes that early on, the women sewed clothing, draperies, carpets and other furnishings for the inside of the Kirtland Temple. Thus Joseph Smith took notice of this and commented “Mary was the first at the resurrection, and the sisters are now the first to work on the inside of the temple.” (3)  Commenting on this quote from Tullidge, Hanks further points out “yes, people don’t realize that the Relief Society was formed to work on the temple and that it really emerged informally in Kirtland first.” (4)  It is interesting that in observing the women’s tapestry work, Joseph Smith would feel prompted to make this statement concerning Mary Magdalene being the first to witness the resurrection. Truly prophetic!

While it is the women, including Mary the mother of Jesus and Salome who arrive early Resurrection morning to bring spices to anoint Jesus’ body, it is Mary Magdalene who takes center stage in the Gospel narrative. In the book of John, she takes a pound of very costly ointment and anoints Jesus’ feet and wipes them with her hair in front of family and friends in Bethany six days before Passover. This alone is a very intimate act which implies marriage, for women would only “let down their hair” for their husbands. Judas criticizes her, to which Jesus replies, “Let her alone: against the day of my burying hath she kept this.” (John 12:7) Notice the women never have a chance to anoint his body when they arrive at the tomb, and with that Mary is the first person to see him resurrected. From there she is instructed to go tell the disciples what she has witnessed. The whole time, she never once wavers in her faith.

This sacred act of anointing Jesus, this preparing him for his eventual death and resurrection is a sign of hope for women that we too can follow in her footsteps. As we renew our sacred covenants every Sunday morning, let us be mindful of Mary and the sacrifices she made, the sacred covering she offers, and the Goddess she represents through her ultimate sacramental act of love.

“Verily I say unto you, Wheresoever this gospel shall be preached throughout the whole world, this also that she hath done shall be spoken of for a memorial of her.” Mark 14:9

Featured painting is a replica of a famous piece; original author and title unknown. Replica by Michelle Wiener.