Petitioning Heavenly Mother and the Call to Faithful Agitation 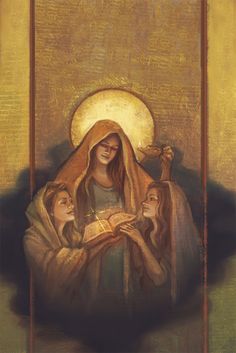 As I was reviewing the 1991 Ensign article “Daughters of God” by Gordon B. Hinckley, then First Counselor in the First Presidency, I began to see a correlation between Hinckley’s prohibition against praying to our Mother in Heaven and the later call to “faithful agitation.” The question that came to mind is are both of these challenges instead of prohibitions? Let’s examine his statement in context.
In this talk/article, Hinckley is addressing the concerns of a young girl, “Virginia” who has a testimony of the Restored Gospel, but is concerned she will not make it into the Celestial Kingdom simply because she is a female. Hinckley reassures her that she will enter the Celestial Kingdom if she remains faithful to her testimony of the Gospel.

However, once he finishes addressing her concern, he moves on to a more pressing matter; expressing concern that someone has “secured” a copy of his talk delivered earlier at a meeting with regional Church representatives. He reassures them that there is nothing “sinister” being hidden from the general populace, “as if it had been given in a secret and sinister manner” and then he goes on to read a portion of that same talk concerning prayer to our Mother in Heaven. In this talk, he regards it as “inappropriate” to pray to Heavenly Mother, using first the Lord’s Prayer as an example, and then moving on to the Presidents of the Church- from Joseph Smith to Ezra Taft Benson. He adds, “The fact that we do not pray to our Mother in Heaven in no way belittles or denigrates her….of whom we have no revealed knowledge.”

Inappropriate, perhaps but not explicitly forbidden?

First the declarations made in this talk are in response to some concerns being addressed by local authorities, that some had begun praying to Heavenly Mother in private prayer, a practice which made inroads into Sunday worship. The fact that Hinckley would feel pressured to tack this issue on to another similar issue and speak with the authority of the First Presidency, strikes me as odd, considering it is in response to a concern that someone had confiscated his earlier talk! Even the transition utilized in this speech doesn’t quite fit, “Always let your Father in Heaven be your friend, to whom you may go in prayer…And now speaking of prayer….”, as if he was trying to force a transition from one talking point to another.

Then he goes on to say, “because of the activities of a few who are evidently seeking to lead others in the path they are following….I regard it as inappropriate for anyone in the Church to pray to our Mother in Heaven.” Who, I might ask, are these “others”? (as in a small pocket of feminists in the Church?) And doesn’t this statement seem more reactionary than revelatory? – an attempt to try to keep the power of a few in check? Do we not see these same reactions from our leaders today regarding the women’s ordination movement, among other similarly related causes? It’s almost as if Hinckley is foreseeing the eventual escalation of these issues, as the feminist movement grows and expands across the global Church.

Notice here that Hinckley never denies the existence of Heavenly Mother. In fact, he goes on to affirm Her existence, quoting from the familiar hymn by Eliza R. Snow. However, he points out that She has not been revealed yet, thus leaving open the door for further revelation on down the road.

In the most recent Gospel Topics essay issued by the Church in which Hinckley is quoted as having said his line about not praying to Her, Dallin H. Oaks is also quoted in his 1995 General Conference talk “Apostasy and Restoration” as having said, “Our theology begins with Heavenly Parents. Our highest aspiration is to be like them.” However, if this is truly the case, and She has never been “formally” revealed, where do we begin?

In keeping with my distant cousin Hinckley’s prophetic challenge for “faithful agitation,” I would like to add the charge to keep “seeking and knocking” (Matthew 7:7) so that the door to further revelation will someday be open.

And who is to say Heavenly Mother hasn’t revealed Herself? We just don’t have “eyes to see” and “ears to hear.” As for me; I will keep petitioning to my Mother in Heaven because I know from personal revelation (and direct experience) that She answers.