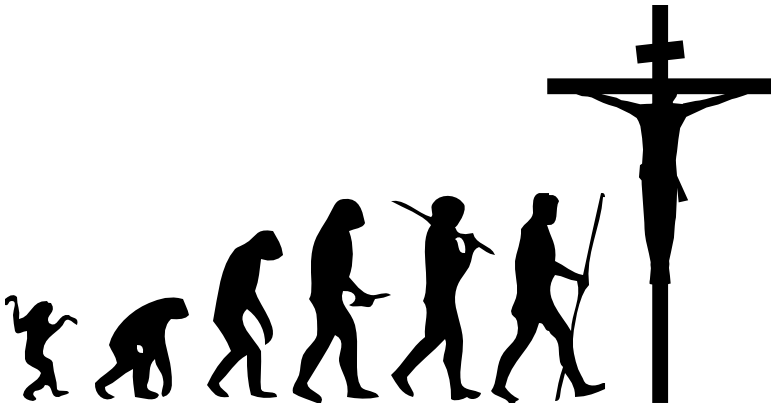 What if the Atonement is a natural necessity in a cosmos where Gods evolved from chaos? My thoughts have been shaped by many sources since I wrote Thermodynamics and Theories of Atonement, but listing them all feels like I’m writing an argument from authority, and the connections are often oblique, so instead I invite you to join me in the ideas. I believe in Atonement. I believe it is necessary for eternal life. Here’s what atonement looks like to me. If it inspires you, too, you’ve found a kindred spirit, and even if it doesn’t, let’s not let it stop us from partaking of the Atonement together.

There is a particular class of possible universes I hope we live in. It is not the only possible class, but it is the only class that feels to me both plausible and hopeful. It requires that Gods:

These traits are very similar to traits that make a biological species successful, but something happens when you begin to extrapolate human potential into the vast reaches of space and time. Things that have small or local consequences begin to have global or universal consequences. Two tribes can fight a war. Two nuclear powers had better not. Two galactic civilizations with automated, self-reproducing weapons of mass destruction?

What is atonement? Thank you, English, for giving me such an inspiring word for it. It is a condition of being one with another. It is going forward in covenant relationships, whether formal or unspoken, where our actions show us committed to the requirements of belonging to the community of Gods. It is a forward looking process, not a backward looking correction of harm and errors restoring us and the cosmos to some perfect, previous state. There is no perfect state of Godhood. No eternal freedom from pain or sorrow. Godhood is a process, and remember that ours is a God who weeps–who feels the pain of his creatures even while he dwells in peace and glory. Atonement is a state of eternal compromise, continually striving to lift up all of creation, including yourself and the other Gods.

Is there any part of this atonement that requires forgiveness of sins? Certainly, but as much for the forgiver as for the forgiven. It isn’t possible to be an effective creator while you desire to destroy or otherwise limit another who could help with creation. Is there any part of this atonement that is about being freed from Satan? Maybe. While Lucifer’s premortal plan would have made us all one, it would have made us one in sameness, without the diversity needed for effective creation. We must be free of that. We must be free of habits, patterns, and actions that harm or limit us and others. If this is Satan’s realm, then this atonement is about being free from Satan. Is the moral influence of Jesus’s sacrifice part of this atonement? Clearly. He entered a life–and death–long relationship with the poor, the outcast, the sinner, and all who wanted to follow him in ushering in the kingdom of heaven. He resisted oppression and shared new truths. Is this atonement about meeting the demands of justice? Not in some cosmic truth sense, no. But it is about treating one another justly as we move into eternity together. Is it about restoring something past? Perhaps, but that is more the purpose of resurrection and similar processes. While resurrection and restoration are not atonement, they enable greater atonement through allowing us to connect with other Gods through time and space.

And lastly, is this atonement magical? Was Jesus’s suffering for us truly unique and necessary? It almost seems this kind of atonement could happen without the garden and the cross. But no. Jesus had to atone with every being in the cosmos. He had to know their pain so he could lift them up, working together into a future of love and creation. That’s magic. And it’s magic we can do, too. Magic we must do if we would be Gods, just as our Father and Mother did before us.