The End of the World, Plan B – Reviewed 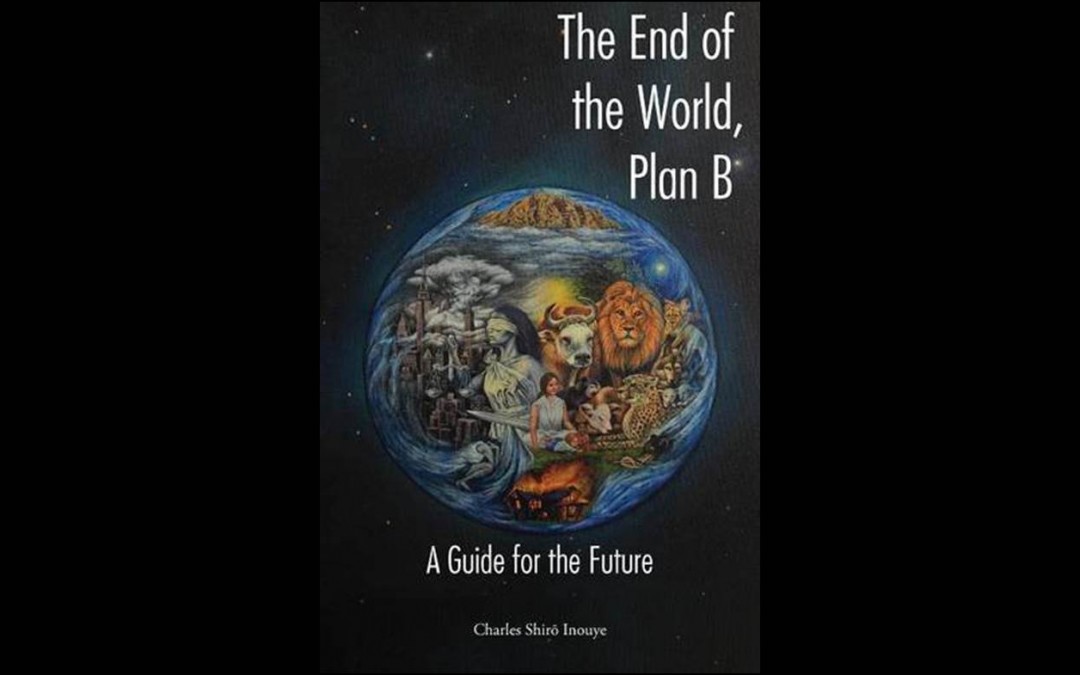 I love AMC’s The Walking Dead, Cormac McCarthy’s The Road, and Philip K. Dick’s Do Androids Dream of Electric Sheep (the inspiration for Blade Runner). Why do I love these really quite bleak views of what the world could, or perhaps will, eventually become? I’m not sure, but all of the above illustrate what the end of the world might look like, and none of the endings are happy. Some think that our modern interest in horrifyingly grim ends is a product of our own helplessness in a world spinning out of control.

We might scream and yell about it but it seems like there is no end to our consumption of natural resources that is driving us toward global environmental disasters. The war on terrorism seems to have no end in sight as well as no clear enemy. The political situations around the world resulting from violent bids for power kill many and have displaced millions of innocent bystanders–yet while we certainly can help those in need the root cause of each problem is complex and difficult to concretely identify, and therefore far beyond the reach of our influence.  This causes us to feel helpless in yet another way.

Doom is coming and there is nothing we can do about it, or so it seems. Thus, perhaps the reason that I enjoy the dystopian expressions of fictional post-apocalyptic worlds stems from a kind of cathartic screaming into the wind.

But I think now though that such a genre can do more than that. I hope that while reading the road ahead we can do more than express profound despair, because of Charles Shiro Inouye’s book and his proposed response to the world’s injustices. That is how I interpret The End of the World, Plan B—a guide to living in a world that is so very focused on destruction. 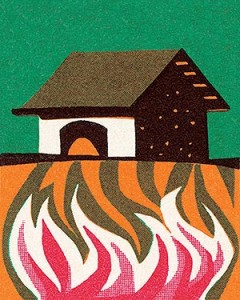 Inouye draws wisdom from Mormonism, traditional Christianity, Islam, Judaism, Confucianism, Daoism, and Buddhism to argue that we need more compassion. Not only that but in order to get there we need to realize the gravity of the situation that we are in (according to his metaphor we need to see that our house is on fire), we need to see that justice is insufficient in addressing the problems we face (justice exposes the failures of all, including ourselves so it can only condemn it cannot redeem or fully heal), and eventually we must be moved to compassion (the sorrow provoked by the failure of justice moves us to love the marginalized and appreciate those that are different than ourselves, even in ways that are offensive to us).

Compassion is what heals. Charity is what makes us more like God. Appreciating the difference, rather than working to remove it, is what will bind us together in our effort.

This short book challenged me in ways I did not expect. I thought it would be a condemnation or at least a refutation of belief and trust in the disastrous end of the world that is shared by so many religious systems and secular bodies. It did do that, but not in the way I expected. Rather than a reinterpretation of scripture or an optimistic explication of the facts Plan B exhorts us to respond rather than continue considering facts. Plan B is about coming full circle rather than stopping halfway. The halfway point is outrage and frustration sensed and expressed in a new awareness or continuing fetish with justice. But we can’t stop there if we want peace. We can’t climb the mountain of truth and scream out our new or favorite understanding of how wrong and unjust the world is and expect anything but sorrow. Sorrow for just how awful and full of despair life is for so many. 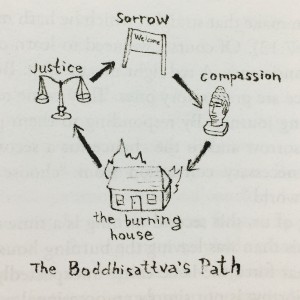 Sorrow is also not wrong, though like justice it is not enough and Plan B urges us to keep moving. Sorrow, as uncomfortable as it is, forces us to seek out peace in order to relieve the tension and sadness that justice has blessed us with. Peace can be found in several ways.

Each of these methods, isolation, persuasions, and compassion have potential to provide peace but do not guarantee it. In the first case we would be quite alone. In the second we must actually be able to successfully persuade others, many others, to our way of thinking. In the third case we must abandon the belief that our understanding of truth and way of living is the only correct one. All of these are difficult but increasingly so as I have listed them. “Of these three, isolation is the easiest to accomplish. Persuasion is more difficult. And compassion is the most challenging of all. This third option requires more of us than either retreating in fear or offering a good idea.”

Scholar of religion Karen Armstrong claims that the central concern of all major religious traditions is the expectation or hope that the followers will become compassionate. This is what true religion is, and it is in compassion and charity that we avoid the grim fate that a focus on pure justice ensures. Understanding and acceptance will keep us from becoming so willing to lose our conscience like Rick Grimes, lost in a world without hope like the Man and his Son, and searching for meaning in a world that doesn’t have any like Deckard. Though I hope the sorrow we feel from reading their stories–and perhaps this is precisely why I enjoy dark stories–will lead us to appreciate all that we do have and move us to compassionately protect and preserve the world we have been blessed with.

*Note: This has been a most difficult review to write. As I read Plan B I wanted to share large portions of each section because they each deserve attention. But the problem with that approach (besides resulting in an overly long review) is that the full weight of the ideas and concepts presented is not properly felt in isolation. Each chapter is important and has greater force and meaning when held together with all the other parts. Here I have tried to give a short overview to entice the reader to read the book themselves.