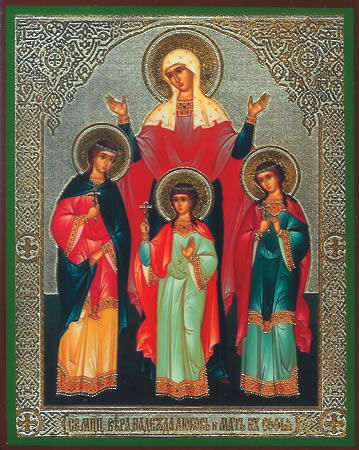 With today being Yom Kippur, the holiest day of the year in the Hebrew calendar, I would like to reflect on a very sacred experience that I had, and one that is very unique within Mormonism, although I was actually not yet a member of the Church when I had this experience. That said, this experience restored my faith in Christ and led to my belief in Joseph Smith as a prophet.

My Jewish husband and I shared this sacred experience a year before we were married and a couple years prior to me joining the LDS church in 2010. Please forgive me if the details are sketchy, as it is never easy- and deeply personal- to recount spiritual experiences. This sacred experience would mark the beginning of my journey into the Sacred Feminine and my love for Heavenly Mother.

I share these stories as I experienced them. I believe they happened because of my need at that particular time in my life – and God’s love.  Whether you believe me or not, please respect them as my sacred stories. Nevertheless, I do testify these sacred experiences are true.

On this particular day in 2007, my husband and I were in the mountains of North Carolina. We were not yet married, and my husband later admitted he was about to break off the relationship since we have a significant age difference and there were just too many complications. That same day, he made it clear he had no intentions of getting married. Frustrated, I went off by myself and “yelled” at God – “You have GOT to fix this!”

We drove on, and came to this beautiful waterfall called Hooker Falls in DuPont State Forest. Shortly after we arrived, three mysterious women appeared. One was middle aged, one was a younger mother and the other a child. They all looked Hispanic. As the child splashed around in the water, middle-aged woman spoke with my husband at length, while the young mother kept me occupied. I did not realize at the time the middle-aged woman was trying to convince my (now) husband to marry me. My husband agrees the woman knew things about both of us that she had no business knowing. A couple months later, my husband proposed.

Some time later as my husband and I were talking, he mentioned “those angels.” I was taken back by that statement; I knew there was something “different” about them, but by that point, I had not yet put all the pieces together.

In time, I would join the LDS church and learn about Heavenly Mother. I quickly began to see the connections. In time, as I was preparing for a lecture on the Sacred Feminine at the community college where I teach,  I would stumble upon an Eastern Orthodox icon of Sophia Wisdom that looked very similar to the  featured picture. To my surprise, these women fit the description perfectly!

But that is not all.

In time, I would have two more encounters with the middle-aged woman. By this time I knew exactly who She was. I even believed I have figured out who the other two women were, but I will leave that up to you – the reader – to decide.

With each encounter, She appeared Hispanic. There was something very familiar about Her, even if She did not look exactly the same each time. I am choosing to leave out the details of the past two encounters due to the deeply personal nature of these experiences. Maybe someday I will share more. However, I will say She appeared as a normal human being; not as a vision. My husband was with me the second time, and my  friend the third. Both saw them too. (my husband recognized Her before I did and never said a word!) The third time when I was with my friend, there were two women standing there with Her, although I did not look directly at them. My friend confirms she saw all three women standing there too, even though at that time she did not know the whole story.

It appears I am far from unique  in having divine encounters with the Sacred Feminine. According to one source, “Thousands of Marian apparitions have been reported over the centuries.”1 To date, nine apparitions have received official recognition in the respective dioceses where they occurred. These include (1) Guadalupe, Mexico, 1531, (2) Paris, France, 1830, (3) La Sallette, France, 1846, (4) Lourdes, France, 1858, (5) Pontmain, France, 1871 (6) Knock County Mayo, Ireland, 1879, (7) Fatima, Portugal, 1917, (8) Beauraing, Belgium, 1932-1933, and (9) Banneux, Belgium, 1933.2 Please understand, I am not trying to say I encountered the Virgin Mary; however, my experiences really aren’t so unusual when viewed beyond our Mormon lens.

Recently I read about another encounter with the divine feminine that occurred in the Russian Orthodox tradition.  Around 1862, nine year old Vladimir Solov’ev, who is regarded as the founder of Russian sophiology, had a powerful vision in of a beautiful lady he called “Sophie” while worshiping in the chapel of Moscow University. This mysterious lady would appear twice more during his lifetime. Later, as is consistent with Russian Orthodoxy, he would go on to compose beautiful poetry in her honor in which he would describe Her as “his Eternal Friend, his Queen in the presence of whom his heart beats ‘in sweet ecstasy.'”3

All of this to say, encounters with the Sacred Feminine have been occurring throughout the ages, so perhaps there is very little that is unique about my encounter. I have spent many years pondering these experiences, and I am at a place now where I know in my heart the magnitude of what I saw. Even if nobody on earth were to agree with me, Heaven knows it happened. I realize the First Presidency may never “canonize” my experiences and that is okay. She knows.

(2) See Mary Catt, “Keeping Up Appearances” for the official listing of Marian Apparitions: 24.