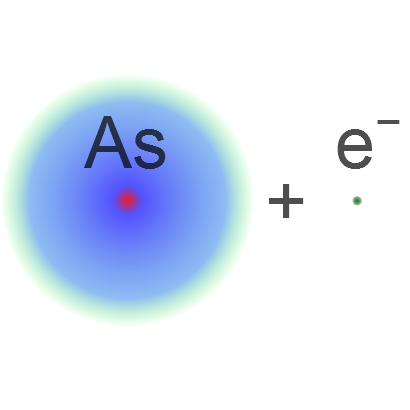 You’ve probably heard the saying: “When you assume . . . you make a sum of As and e.” For you non-chemists, that would be arsenic plus one electron making an arsenic ion with a charge of negative one. That’s not a very stable ion, so it’s not really found in nature, thus the saying makes it clear that assuming is pretty unstable grounds for anyone to base life choices on.

You’re telling me you heard a different version of that saying? Oh well, you get the point. Except that’s not my point.

In the following posts I’m not going to argue much for or against a particular set of assumptions, and I’ll only give hints of the consequences of making certain assumptions, or of prioritizing certain assumptions over others. I am going to lay out, as best I can, some of the unproven, and in many cases unprovable, assumptions that we can and must make about the nature of existence. Which assumptions you choose affect such things as your belief in God, your willingness to learn new things, and your prioritization of ethical choices–like how you balance the giving of your time and resources to temple and missionary work or helping the poor. We all make these assumptions, even if we don’t recognize or acknowledge them. They shape and are shaped by both our thoughts and our feelings. So take a walk with me through a tangle of assumptions and see if you can’t figure out just what you take for granted about reality.

I’m going to summarize my next three posts right here. Part 1 will appear over the next two days. Parts 2 and 3 will follow in a month. If I’ve piqued your curiosity, come back tomorrow for a second helping.