Using the Priesthood I Don’t Have 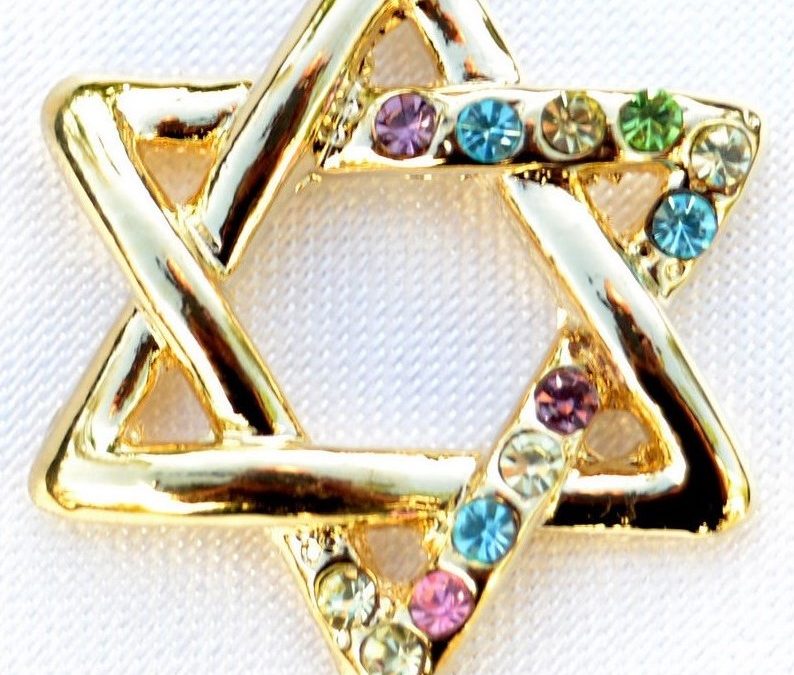 Recently, I got called “Pastor” at work, and since I teach religious studies at the local community college, it makes perfect sense. Sadly, I had to correct my colleague and explain to him that women in my denomination cannot be ordained, but I thanked him for the compliment.

Being called “Pastor” sure felt good. Something about it felt right. After all, I did study in (non-LDS) seminary and certainly have the educational background to be ordained. But realistically, that goal will never be realized because as a Mormon convert, Patriarchy stands in the way, and in the LDS church the men alone have the Priesthood and the keys to the Celestial Kingdom.

But here’s the question I would like to ask. Are there other ways to express our Priesthood as women that perhaps have not been explored?

Two years ago, my Jewish (non-member) husband ordered me a Star of David necklace from Israel. This is a rare necklace that for me symbolizes the Levitical Priesthood of Aaron. Encased within the star are twelve individual stones representing the Twelve Tribes of Israel (see picture).  Sometimes I wear this necklace to church because it reminds me of Aaron, the High Priest’s breastplate- a symbol of Priesthood. Every time I wear it, I feel I have a share in the Priesthood.

One Sunday I was asked to pray in Sacrament Meeting. I almost turned down the request, due to the fact that when I pray, I address Heavenly Mother too, and I had been admonished by my former Bishop not to pray out loud if I was going to pray to Her – so I just don’t pray in church if asked. Driving to church that Sunday, I came so close to bailing out. However, something told me to go through with it, and the right words came to me.

So, instead of addressing Heavenly Father, I began my prayer with “God, Most High,” (gender neutral, and yes, the Melchizedek greeting; see Genesis 14:18-20) and then ended the prayer with “May Thou bless and keep us and make Thy face shine upon us, be gracious to us, lift Thy countenance upon us and give us peace. In Jesus’ Name, Amen.”

In short, I was giving the Aaronic blessing – the High Priestly blessing – to the whole congregation (see Numbers 6:22-27). To my surprise, the response was positive!

I had completely forgotten I was wearing my Star of David necklace. I only realized that much later when I was driving home.

Recently I have been reading Margaret Barker’s Temple Mysticism for my doctoral studies. Just this past week I read that in Second Temple Judaism, the congregation was forbidden to read the Aaronic blessing for themselves. This was eye-opening. Apparently I had just delved into “forbidden” territory and did not even realize it!

The Mishnah, collected about 200 CE, preserves the traditions and customs of the late second temple period. Among them are listed the passages of canonical scripture forbidden for public reading or for public explanation. Some were scandalous passages, for example the story of Reuben taking his father’s concubine (Genesis 35.22), the story of Tamar seducing her father-in-law (Genesis 38.13-19), and the story of David and Bathsheba (2 Sam. 11.2-17). Others were forbidden for another reason; they were temple texts about the holy of holies: Ezekiel’s vision of the chariot throne (Ezek. 1:4-28), the story of the beginning of creation (Gen. 1:1-3), and even the high priestly blessing which prayed for the Lord’s presence to shine forth (Num. 6:24-26). The Aramaic translation of Numbers sometimes left these verses in the original Hebrew, because the people were not to know about them.[1]

I will confess I am a mystic at heart. To say I’ve had incredible spiritual experiences without having been to the Temple would be an understatement. But even with my strong testimony of the Book of Mormon and Joseph Smith and my longing to make sacred covenants, I just don’t have “what it takes” to get to the Temple.

But who is to say I don’t have “the Priesthood?” Or can’t exercise the keys I believe I have been given? I think my experience with the prayer I prayed last year proves otherwise. Maybe as women we just have to find different, more subtle, avenues through which to express our Priesthood until further revelation is given.