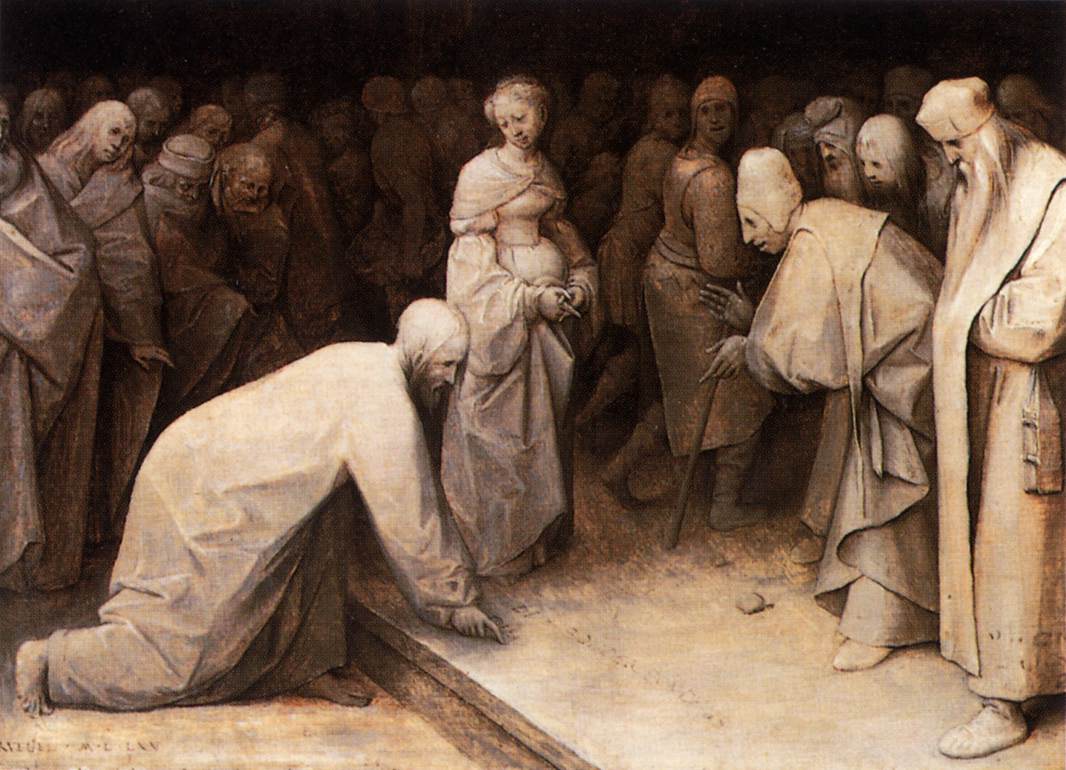 The question of what is original and what is not to the earliest version of any book of scripture can be a very sensitive subject. This is compounded when you are discussing a section of one of the Christian gospels that deals specifically with a well-known story in the life of Jesus. The reason it can be controversial is because the conclusion has implications for how a faith community might approach or even think (or believe) about a certain text. The narrative that I will briefly discuss is found in John 7:53-8:11, which is the story of the woman “who had been caught in adultery.”[1] This pericope has long fascinated readers, and only over the last few centuries was its originality to the gospel of John put into question. The field of textual criticism and the New Testament has opened a new view to these verses that cannot be ignored. This view should be appropriated in any understanding of the gospel of John even if only because scholars are at a consensus in understanding the non-originality to the gospel of these verses. Scholarship and faith can work in tandem, and do not need to be at odds with one another.

Although this is a controversial subject for many it is indisputable that John 7:53-8:11 is not original to the gospel of John. There are several evidences for this position that need to be mentioned.[2] First, the story is not found in any of the earliest Greek manuscripts of the gospel of John or in the earliest verse-by-verse commentaries on the gospel by the church fathers.[3] Second, these verses intrude on the surrounding narrative, in both context and style, that would have originally connected John 7:52 to 8:12, even if one might argue that it connects well with 8:15, 46a. Third, there are several manuscripts that place this pericope after Luke 21:38 rather than in the gospel of John. This fits a little better with the context in Luke (i.e. cunning questions presented to Jesus), but it still does not agree in style. Fourth, the pericope fits the description of a tale that travelled independently of the four gospels in the early church, and might not have found acceptance until the church relaxed its ideas on adultery. This story is found in Eusebius’ Histories III 39:17, which says that Papias claimed that the story was contained in the Gospel according to the Hebrews.[4] A closer parallel is found in the 3rd century Didascalia Apostolorum II 24:6.[5] The story was at least in circulation at this point, and would only centuries later find its way into the major Greek manuscript traditions.

Although this is obviously a very important historical detail it can easily be wondered what practical significance this has for believers or non-believers today. If this is a story that was told about Jesus anciently but not part of the original gospel of John, then what worth can it have for both historians and believers? The pericope itself is suggestive of its own importance in several different ways.

First, the text plays a strong reminder that forgiveness is more important than punishment. This is a very important lesson that has not always been applied throughout Christian, or even Western, history. There are very specific laws that require certain punishments, but the figure of Jesus in John 7:53-8:11 teaches his disciples strongly about how to treat others when they are in need. Instead of going along with the crowd and siding strictly with the Law of Moses, Jesus invites them to consider their inner selves and whether or not they are worthy to cast a stone. According to Heb. 4:15 Jesus was without sin. Could he have cast the first stone? Maybe he could and maybe he couldn’t. The important point is that he didn’t, and he stopped the crowd from doing it as well. This story is more about the mercy of Jesus than it is about justice or the correctness of the Law.

Second, this section of the gospel of John has been widely used in sermons and writings for centuries. It has been used in films about the life of Jesus and plays an important role in understanding the sacrifice of the self on Jesus’ part and his care for the welfare of others. Although it is assumed by many readers that all things in the gospels happened historically it is unnecessary for every story to have a strong historical background to them to still be important for teaching Christ-like lessons. To the original interpolator of this pericope the story was so old it had to have belonged in the gospels. It just so happened that the majority of scribes copied a version where it was included in John, and a minority copied a version where it was included in Luke (although not found in later versions of Luke). To the earliest Christian readers the story is something Jesus would have done, and that was enough for them.

Third, this pericope forces historians to debate a section of the text in a way that is unique to very few verses found in the New Testament. Whereas 2 Peter is generally dated the latest of all the books of the New Testament,[6] this text dates to at the latest the 4th century CE in its present form, but likely has oral and possible literary antecedents that also go back to the early 2nd century.[7] While many sections of the New Testament are dated on conjectural grounds, this pericope has empirical textual evidence solidifying its non-originality to the gospel of John. Some scholars may debate the issue of when exactly John 7:53-8:11 was written, but all scholars are in agreement that it is not original to the gospel itself. These facts are only possible due to modern critical studies in text criticism, historical criticism, and literary criticism, and historians deserve to be excited when a consensus is found amongst themselves.

Although it may be difficult at first for many Christians to swallow, there are certain conclusions that are made when scholars look at the textual evidence of the New Testament (and of the Old Testament) that often go against traditional understandings of the text of scripture. Rather than working against Christian tradition, scholarship can work in tandem with faith. As noted above understanding the non-originality of John 7:53-8:11 can work for both scholars and laymen alike. For many it requires a paradigm shift, but that is necessary to learning. It also provides an exercise in approaching scripture for its theological and literary aspects rather than strictly for an assumed historical reality behind the text. Too often is the idea advanced that a passage of scripture is only of any worth if it is grounded in a real historical setting. Scriptural texts were meant to be read, promulgated, and understood by their audiences for so much more than what contemporaries today read them for. John 7:53-8:11 can be a good test case to break modern Christians out of this old and rusty mold of reading for historical reality rather than reading for faith.

[1] John 8:3. Biblical quotations are taken from the NRSV unless otherwise noted.

[2] I follow the general structure of Raymond Brown’s discussion in his An Introduction to the New Testament (Anchor Bible Reference Library; New York: Doubleday, 1997), 376-377.