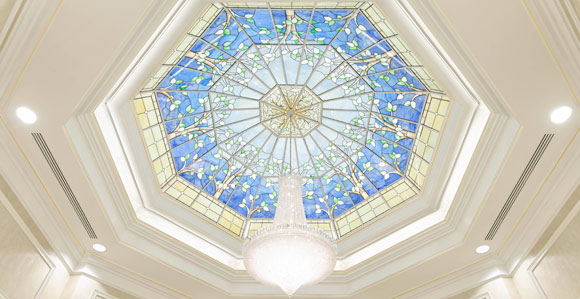 Word hit the street this week about changes to the temple ordinances. The bloggernacle is alive with those returning and reporting after visiting the temples. I’ve had a lot of conversations about this since the news broke and so went through the exercise of parsing out my feelings, which both abound and conflict.

1. I am excited. First I want to acknowledge that these are good changes. It is more than a step in the right direction. It is a shift in theology about who and what women are. It’s a big deal, and while I have complicated feelings about it, it is not because I don’t want it to have happened. I’m excited and relieved for women in the church.

2. I am angry. I am angry the way these changes are being handled. I am angry that for so many years I’ve been shunned, shamed, and spiritually abused by leaders for pointing out that the temple ordinances were flawed. I am angry that every person who ever told me that I just didn’t understand the gospel well enough or didn’t have enough faith will, without a second thought, embrace the new ordinances as though this were always the way it was supposed to be. I am angry that members of the church are not only being told not to discuss the changes, but even to discuss that changes have occurred. (I’m also amused by this. Did they really think they could keep a lid on it?) This effectively silences the pain of all the women who struggled with sexism in the temple and allows the leaders of the church to pretend those women’s voices have nothing at all to do with the decision to make the changes. They continue to silence the voices of women at every turn.

4. I am confused. Since it is a big change to Mormon theology, I’m confused about what it means for Mormon theology… which Mormons often argue never changes. I don’t believe the temple is what they say it is and haven’t for a long time (even when I was still faithfully attending) because of what I’ve learned about its history and development. But I appreciate it is a tool spiritual development and enlightenment for a lot of people and if I did still believe it is what they say it is, I think I’d be asking myself some tough questions about why this is happening and why it is happening now.

5. I am frustrated. I am frustrated that so many women will accept and celebrate these positive changes (as they should) but then will overlook the changes themselves are evidence of the toxicity of allowing men to tell us who and what we are. The patriarchal nature of women’s relationship to God has been altered (yay!) by men who are the ones who get to decide what the relationship to God is (boo!). Until that dynamic changes, women in the church are still bound. Maybe with some more time…