The News and Our Ongoing Problem with Boundaries 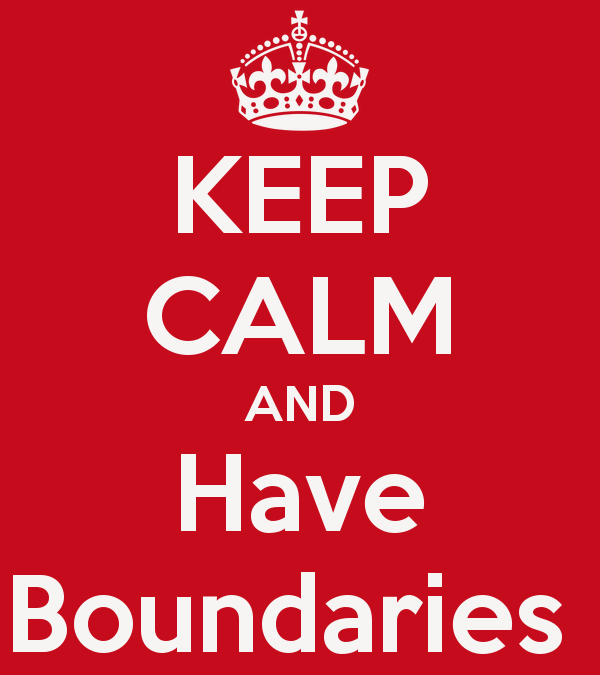 I had a discussion with a friend and his wife a couple weeks ago about their situation living with his parents. My friend and his wife were both raised as Mormons, but in recent years have both suffered a faith crisis that eventually took them out of the church. His parents are devout, conservative Mormons. Their living situation has been hugely beneficial in some ways and hugely problematic in other ways. The difficulty comes down to a lack of sensible and appropriate boundaries on his parents’ part, regarding the church. Or rather, a lack of respect for my friend’s clearly defined boundaries. 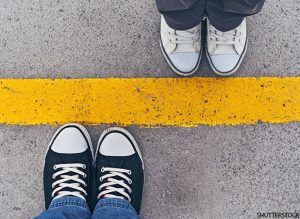 In the recent rash of LDS news, I’ve noticed the issue of boundaries to be a bit of a common element. That’s why I was somewhat surprised to see a conference organized recently by Utah Valley University with the fascinating theme of Mormonism and Boundaries. Recently released Church Public Relations Chief, Michael Otterson addressed the opening session of that conference. His remarks were interesting, especially given the spin he gave to some of the church’s most glaring PR disasters in recent history.

He brought up the Proposition 8 campaign in California and complained that the church was heavily persecuted afterword. In fact, it was the church making incursions into the rights of LGBTQ communities. It was the church who crossed boundaries inappropriately. He also defended the church’s recent exclusion policy. Claiming that people who reacted negatively were and are operating under misinformation. As if that were not itself highlighting a major failure by church leaders and indeed the communications professionals like Otterson who are supposed to craft the church’s message. In Q&A he was pressed by Kate Kelly to clarify the church’s position regarding supporting the Ordain Women organization, which she founded. Supporters have faced a wide range of official discipline from their local leaders despite statements that members were free to support ordination.

This highlights yet another problem we have with boundaries. Defining them. While we love to declare the absolutes necessitated by “doctrine” (even when the subject in question doesn’t have any) we deal in vagueries when defining the boundaries for members. Church leaders often say it is perfectly acceptable to disagree with the brethren or church policies or hold contrary views. But for many, expressing those views in even the most modest ways brings them face to face with church discipline.

A conference was held at BYU last month highlighting some of the problems with rape and rape culture on campus, particularly institutionalized practices of victim blaming and creating an environment hostile to reporting. And consequentially, an environment friendly to offenders. The BYU Dean in charge of Title IX, actually defended the school’s practice of requiring rape victims to face inquiry by the honor code office to determine how much fault belongs to rape victims for their own assaults. This brings up several concerns about BYU not having appropriate boundaries between its own administrative offices. But more concerning… 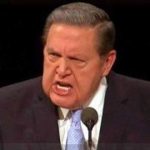 Just a few days ago, Jeffery R. Holland expressed his anger and frustration at the people leaving the church. And while he has every right to feel upset, his attitude reflects a deep lack of empathy for the difficulty of faith crisis. He accused people who have served missions and married in the temple, who have given long lives of service to the church, of a lack of commitment. He said they’ve treated their covenants like a game of patty-cake. Well, for most of the people I know who have left the church, no characterization of their commitment could be further from the truth. It is often their sense of right and internal conviction that leads them to make the unbelievably difficult decision to leave the spiritual home of their youth. Their integrity demands departure, often with a total lack of support from their friends and family. 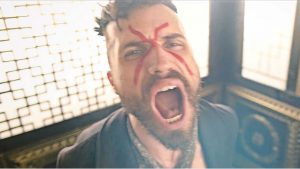 Tyler Glenn, is of course, one such person. This week he made a public and purposefully irreverent departure from the church, when he released his debut music video as a solo artist, displaying priesthood tokens, spitting on an image of Joseph Smith, and literally ex-ing himself in the process. Believing Mormons have a right to be offended by these displays, but what they don’t have any right to do is invalidate his anger. Empathy demands an effort to understand the reasons for such expression. Tyler has faced a difficult life already as a believing gay member. After making every conceivable effort to stay, the church’s exclusion policy declared him to be an apostate, the worst kind of sinner, unworthy of saving ordinances, and an heir of outer darkness. Just try and imagine that situation and imagine yourself staying in what he termed an “abusive relationship”. I don’t know Tyler, personally. I have close friends who do. But I felt compelled to leave the church over this policy and I am straight. How much more compelled would you feel if you were in Tyler’s shoes? His church regards him as unworthy of Christ’s redemption because of the way he loves. Check your boundaries. Before we pass judgement on Tyler, we should try instead mourning with him for this loss, that has obviously been very painful.

Even the “good news” lately has struck bad notes for me. With a chorus of praise from all of us desperate for any sign of positive change in the church, leaders at general conference launched a program designed to serve international refugees and simultaneously threw the ladies a bone, by asking them to run it. The response, say various relief agencies, has been overwhelming. The problem, is that the church’s new fondness for “refugees” leaves its glorified “don’t ask, don’t tell” immigration stances in stark contrast. Fearing both the extreme political stances of their conservative US membership base and the vast membership in Latin America and the vast Latino membership in the US. the church’s public statements on immigration have been middling at best. In a very hostile immigration enforcement atmosphere, with record numbers of deportations in Utah, Arizona, and Idaho, the church’s silence as a political entity in these states has been deafening. 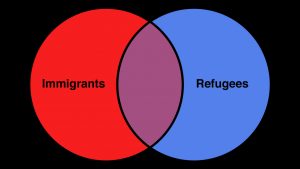 What’s the distinction between a Salvadoran fleeing gang violence and rape, and a Syrian fleeing Terrorism and Civil War? We call one a refugee and one an immigrant. Mexicans fleeing corruption, gang violence, and economic despair? Palestinians fleeing constant Israeli incursions? Ethiopians fleeing an oppressive regime? Guatemalans and Hondurans fleeing crushing poverty? Every one of them is politically disenfranchised. For every one of them, migrating is a matter of life and death. Who are the immigrants? Who are the refugees? I hope that I am wrong and the church’s new program goes past this arbitrary distinction to the question of need, but we do seem to get hung up on boundaries. And this issue is literally about borders.