A NEW TITLE OF LIBERTY? 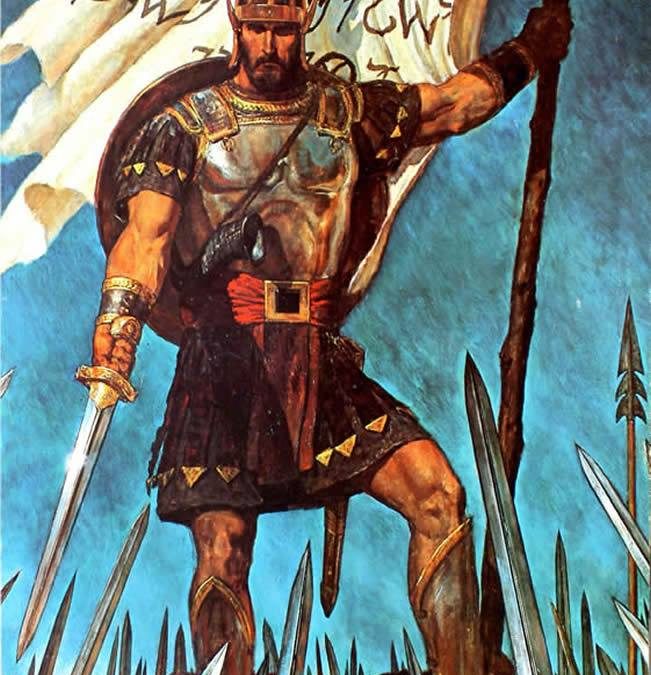 When the name Captain Moroni is uttered, almost immediately our minds are drawn to the scripture stating, “if all men had been, and were, and ever would be, like unto Moroni, behold, the very powers of hell would have been shaken forever; yea, the devil would never have power over the hearts of the children of men” (Alma 48:17).

We hold him as a standard. He is the embodiment of values we hold dear. Life. Liberty. Family. Iconic Captain Moroni is standing on a hill with rended cape fastened to a pole with the hand-written Title of Liberty on it. That visual is etched in the minds of Mormon youth as a symbol of the lengths we should be willing to go to in order to retain our rights.

Interestingly, Captain Moroni is at war with his own people. He is fighting for the rights that he feels others in the government are trying to deny him and his people. Presumably, there was already a Nephite flag that represented the values and ideals of the people. But when that flag ceased to represent what it initially stood for, Moroni created his own.

Centuries later we are confronted with another group of people figuratively at war with their own. We are all Americans. However, some of us feel there are some in the government trying to deny us our rights to life, liberty, and the pursuit of happiness. The American flag has ceased to represent the ideals we Americans claim to hold dear. Liberty and justice are not available for all.

So we go to war figuratively with those who would deny us those rights we dearly cherish. We do not create our own flag but we cease to salute the existing one. We bow down in supplication, and with our posture proclaim: “In memory of our God, our religion, and freedom, and our peace, our wives, and our children” (Alma 46:12).

In the face of all the opposition to this act of protest, we wonder, why our Brothers and Sisters in Christ, who hail Moroni as a hero, do not see that our plights are same. We are facing a foe who seeks to slaughter us. Our right to liberty is being threatened. Our families are in danger. Yet we must fight another battle. The one for our lives, and the one for legitimacy.

Captain Moroni created his own flag and Mormons love him. Is that what it will take for them to support us in our fight for liberty?

“And now I desire that this inequality should be no more in this land, especially among this my people; but I desire that this land be a land of liberty, and EVERY man may enjoy his rights and privileges ALIKE, so long as the Lord sees fit that we may live and inherit the land, yes, even as long as any of our posterity remains upon the face of the land.” (Mosiah 29:32; emphasis added)

All posts by Josianne Petit