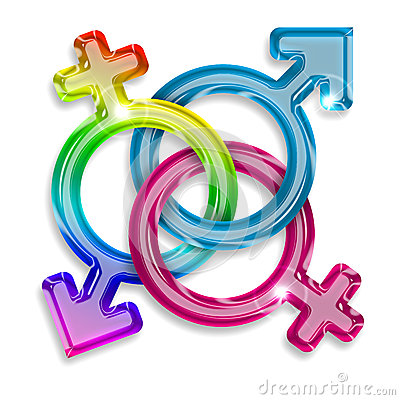 BYU-Idaho is in the news, seeking a religious exemption to Title 9 antidiscrimination laws for a transgender student who appealed to the federal government in a case of discrimination on campus. In the letter to the office of civil right in the US department of Education,  President Clark Gilbert argues that transitioning to another gender is against Mormon Doctrine, citing the Proclamation on the Family and its assertion that gender is eternal.  The church is well within its constitutional right to do this.  The Supreme Court has long upheld religious freedom.  Most recently in 2012, A Lutheran pastor wanted to fire a secretary with Narcolepsy who took time off while getting treated and could not get her job back once she was better.  The Supreme Court upheld that a church could not be held to anti-discrimination law, in this case the American’s with disabilities act, because of religious freedom and the division of church and state.  I have to I find a certain irony however that the ruling essentially states that no church can be forced by the government to do what Jesus would do.  To me, this is why getting a religious exemption to anti-discrimination law is something that should be done only upon very careful consideration.  I have to disagree with President Gilbert.  It is by no means clear to me that transitioning to another gender is against our doctrine, even taking into account the eternal nature of the gender of our spirits asserted in Proclamation on the Family, a document that despite its omnipresence in these types of discussions, has never been canonized.  President Gilbert is not the first to make this assertion.  I recall it being a point made in deacon’s quorum lesson I sat in on when Caitlyn Jenner was in the news.  My immediate question was how he knew Caitlyn was not a female spirit placed into a male body.  He had no real answer.  Regardless of the understanding of the roots of gender dysphoria in psychology and biology, there is a perfectly Mormon explanation for how the phenomenon of the transgender individual could occur.  Unlike the perceived threat to eternal marriage posed by the idea of Gay marriage, transgender identity is no threat to Mormon doctrine as we know it, whatsoever.  This is not to say you won’t get protest to this argument online.  It also has not stopped people from speaking out against transgender people and encouraging the boycott of Target in Sunday school.  I know this because my daughter, who has a good friend struggling with gender identity issues, walked out of her Sunday school class in tears recently.

The argument is typically that God does not make mistakes so it is impossible for a female spirit to enter a male body or vice versa.  As a child neurologist, I beg to differ.  I have seen much worse “mistakes” every day on the job, where I care for a beautiful and wonderful population of individuals with heart wrenching genetic mutations that greatly limit lifespan, muscle or brain function.  Too many people buy into the “God planned it that way” argument for this population.  Please know that this position is patently offensive to those involved and far from Mormon doctrine.  Even so, one might consider that perhaps God wants us to have transgender individuals as well, to stretch our minds and teach us compassion in the face of rigid cultural norms.

I have a pretty big name that has gone on record stating we really don’t have a doctrine regarding transgender individual, no less than Elder Dallin H. Oaks of the quorum of the twelve.  In a rare interactive interview with the media last year to support anti-LGBT discrimination legislation in Utah, Elder Oaks was asked by a mother, “I have a transgender son who came out to us about a year ago. … I hate having to fear what retaliation [from church leaders] I might have for supporting him … I think we as members need that assurance that we can indeed have our own opinions, support our children, and still follow our beliefs.”

This question concerns transgender, and I think we need to acknowledge that while we have been acquainted with lesbians and homosexuals for some time, being acquainted with the unique problems of a transgender situation is something we have not had so much experience with, and we have some unfinished business in teaching on that.

It seems the assertion of President Gilbert to the federal government directly conflicts with a statement on the record by Elder Oaks.  We have no doctrine regarding the unique problems of the transgender situation.  If Elder Oaks is to be taken at his word, it follows therefore that BYU-I has no business filing for a religious exemption to discriminate against transgender individuals.

In fairness, current church policy does discriminate against transgender individuals. According to current church policy, members who have undergone an “elective transsexual operation” are not eligible to worship in gender-separated special temple rites or to receive the priesthood if female to male transgender. The concern for an “elective” operation may reflect an acceptance of surgery in some circumstances, such as for intersex children or adults (those who are born with ambiguous genitalia or the genitalia of both sexes.)  However, anyone considering surgery is warned that it may result in formal church discipline. A transgendered prospective member of the church may be baptized only with approval from the first presidency, but anyone even considering transition-related surgery is barred from joining the church. There is no policy on transitioning in ways that don’t involve surgery, such as hormone therapies, “cross dressing,” or other means of living out one’s gender but I’m guessing that culturally, most Mormons don’t approve.  This is a clear case where we have a bucket of fear filled policies in a vacuum of any clear doctrine.

This past year has been a rough one for church public relations as public opinion is firmly against our gay marriage exclusion policy.  While I know most members loathe the idea that “the world” could have any pull on what the church does, we do seem to care enough to have an actual public relations department.  This seems a totally unnecessary way to blacken the name of the church even further in the public eye. As I say this, I realize that public opinion seems to have only caused many members to dig their heels in more and more in the most angry and stubborn ways.

What I would plead for President Gilbert and for any Mormon reader to consider is that if we are going to err, can we just this once try erring on the side of compassion instead of fear.  After all it was Paul who wrote that “For God hath not given us the spirit of fear; but of power, and of love, and of a sound mind.”  Can we just once decide to do what Jesus would do, freely, without the intervention of the government, as it our right?  Wherever you stand in the face of this doctrinal uncertainty, I would argue that if we must turn out wrong in the end, the compassionate and wrong will have much better standing with God than those who get it wrong in ways that cause so much pain and suffering in others.