Intellectual is not a 4-letter word 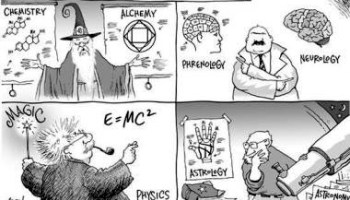 We live in an information age.  The access we have to information is unparalleled in the history of the world.  The internet has democratized information.  It is no longer simply kept in the hands of a select few.  It seems this is leading to the end of the age of the expert.  I experience this at work every day when I have to explain and contextualize the diagnoses of Dr. Google and the detective work of my patient’s families, explaining why there is more than one consideration and possibility in matching symptoms to diagnoses and reasons the internet diagnosis may not be the best fit.  The problem is there is way more knowledge out there than any one person could ever master in a lifetime.  There is enough ever expanding medical knowledge that it demands an entire cadre of specialists in each organ system and specialists within those specializations.  There is so much new knowledge out there that it takes a lifetime of study just to keep up.  That is just in medicine.  Yet, more and more the opinion of the expert is being disregarded or even derided.  People on the internet love to find the like minded and divide into groups that reinforce their point of view. People don’t want to be challenged.  The problem is, that it is only in challenging what we think we know, that we can ever hope to correct our misconception, assumptions and cultural baggage and ever come to whatever semblance of truth is possible for our fallible, mortal minds.  As Joseph Smith said- “In proving contraries, the truth is made manifest.”

As we enter a more unbelieving age, people of faith seem more threatened by knowledge, by history and by science than ever.  These disciplines use tools and methods to try and challenge our conventional beliefs in order to get as clear and accurate a picture of reality as is possible.  These methods may not be perfect but science has uncovered a great many truths through it’s history.  Application of so many of them have revolutionized our world. Yet more than ever I see Mormons encourage others to stay off the internet, to avoid reading history.  A pew religion survey actually found that Mormons have the second lowest percentage of adherents that believe in evolution of any religious group they asked.  Just 22% of Mormons believe in evolution.  There is this belief I grew up with and was exposed to that if somehow there is a natural law that can explain the origins of life that somehow, God cannot exist.  I cannot subscribe to this idea.  I know too much.  I challenged my preconception.  I have had to make room for what I now see to be true by moving some of what I thought I knew.   The thing is, we CAN do this.  BYU hands out a packet to their freshman class every year trying to help them understand that evolution and the existence of God are not a zero sum game and there is room for evolution in the doctrine of the church.  Evolutionary biology is taught in church schools.  There are a whole group of Mormon scientist who believe in it and while apparently we have convinced less that half of us, we aren’t going anywhere either. 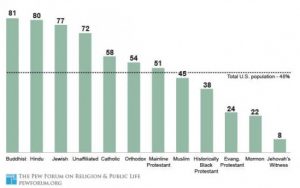 This is part of why the idea that faith and science can’t mix is so discouraging to me.  It deeply hurts that one of our recently passed apostles famously named intellectuals as one of the three biggest threats to the church.  It does not have to be this way.  We don’t have to feel so threatened.  Challenging our assumptions is not the same thing as challenging our religion.  I disagree with anyone who would assert that it is.  Fortunately, this is not the faith I grew up on or the Mormonism I know.  I struggle with the idea that the opinions of the other 78% of Mormons are on this question my be cemented as doctrine in the future.  Because that really would be a Mormonism I don’t recognize.  My Mormonism is the one Joseph Smith described, one that embraces and encompasses all truth.  This is not a part of the cafeteria I think the orthodox should be skipping because it is a fear of losing faith that is keeping them from it.  I have always been with Paul, who said, “God hath not given us the spirit of fear, but of power, and of love, and a sound mind.” -2 Tim 1:7.

So while I realize that a reputation for pride, arrogance and haughtiness are part of the reasoning we in the intellectual crowd might be losing others, I believe in a Mormonism that love is important above all, but all truth is enthusiatically embraced.  While it may not be fashionable, I am proud to call myself an intellectual.  I like to think I might have something worthwhile to offer of what I have learned in my pursuits.  So I leave you now with a collection of quotes from our leaders that touch my soul, enlighten my mind and are delicious to me.

“One of the grand fundamental principles of Mormonism is to receive truth, let it come from where it may.”

“In the kingdom of God, the search for truth is appreciated, encouraged, and in no way repressed or feared.”

“A man in search of truth has no peculiar system to sustain, nor peculiar dogma to defend or theory to uphold; he embraces all truth, and that truth, like the sun in the firmament, shines forth and spreads its effulgent rays over all creation, and if men will divest themselves of bias and prejudice, and prayerfully and conscientiously search after truth, they will find it wherever they turn their attention.”

“The honest investigator must be prepared to follow wherever the search of truth may lead. Truth is often found in the most unexpected places. He must, with fearless and open mind ‘insist that facts are far more important than any cherished, mistaken beliefs.’”

“Part of the reason for poor judgment comes from the tendency of mankind to blur the line between belief and truth. We too often confuse belief with truth, thinking that because something makes sense or is convenient, it must be true. Conversely, we sometimes don’t believe truth or reject it—because it would require us to change or admit that we were wrong. Often, truth is rejected because it doesn’t appear to be consistent with previous experiences.

When the opinions or ‘truths’ of others contradict our own, instead of considering the possibility that there could be information that might be helpful and augment or complement what we know, we often jump to conclusions or make assumptions that the other person is misinformed, mentally challenged, or even intentionally trying to deceive.

Unfortunately, this tendency can spread to all areas of our lives—from sports to family relationships and from religion to politics.

…The thing about truth is that it exists beyond belief. It is true even if nobody believes it.”

“We are open to truth of every kind, no matter whence it comes, where it originates, or who believes in it. Truth, when preceded by the little word ‘all,’ comprises everything that has ever existed or that ever will exist and be known by and among men in time and through the endless ages of eternity; and it is the duty of all intelligent beings who are responsible and amenable to God for their acts, to search after truth, and to permit it to influence them and their acts and general course in life, independent of all bias or preconceived notions, however specious and plausible they may be.”

“A fact is a fact, all truth issues forth from the Fountain of truth, and the sciences are facts as far as men have proved them.

‘Mormonism,’ so-called, embraces every principle pertaining to life and salvation, for time and eternity. No matter who has it. If the infidel has got truth it belongs to ‘Mormonism.’ The truth and sound doctrine possessed by the sectarian world, and they have a great deal, all belongs to this Church… ‘Mormonism’ includes all truth. There is no truth but what belongs to the Gospel.”

“If faith will not bear to be investigated; if its preachers and professors are afraid to have it examined, their foundation must be very weak.”

“The man who cannot listen to an argument which opposes his views either has a weak position or is a weak defender of it. No opinion that cannot stand discussion or criticism is worth holding. And it has been wisely said that the man who knows only half of any question is worse off than the man who knows nothing of it. He is not only one-sided but his partisanship soon turns him into an intolerant and a fanatic. In general it is true that nothing which cannot stand up under discussion or criticism is worth defending”

“The essential thought must ever be that a man does not, except in his spiritual infancy, accept a statement merely because the Church or someone in authority declares it correct, but because, under mature examination, it is found to be true and right and worthwhile.”

Seek ye out of the best books words of wisdom, seek learning even by study and also by faith.” (Doctrine and Covenants 109:7)

“It is impossible for a man to be saved in ignorance” (Doctrine and Covenants 131:6)

“Whatever principle of intelligence we attain unto in this life, it will rise with us in the resurrection.” (Doctrine and Covenants 130:18)

So to all who might read this, may our minds be open and may we all find truth and embrace it, wherever it may come from.  I wish you all the best in your journey.