How do children’s books have such wonderful life messages? 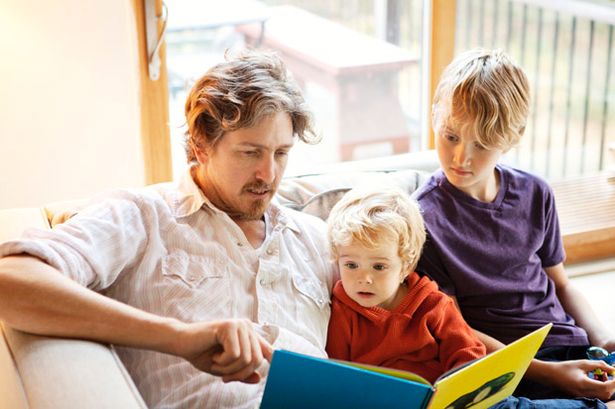 I have three living children. My younger two are six and three and every night we all squish onto the upholstered rocking chair and they each pick out a book to read.
Last week we decided we’d had enough Blue’s Clue’s stories from the three year old and decided a Saturday trip to the library was in order.
We came home with a giant stack of books.

As I’ve read each one of them, I’ve left with my heart touched in most cases.
Last night I read a (true) story about a baby hippopotomas who lost his mom and entire family in a great flood. In the story he was washed to sea and then to shore and found an old male tortoise who filled the role of his mama for him. Talk about heart wrenching to read with your kids. I think my husband only read that one once and then refused to read it again under the guise of “we have so many other library books we need to read!”.

We also seemed to pick up a story titled Grandpa’s Angel (his deceased wife who watches over him), Grandma’s Gone to Live in the Stars (about a Grandma who passes away and says goodbye to everyone/thing and then is a star), Love Song for a Baby (about waiting so long for and dreaming of a baby), The Next Place (about where someone goes after they die… with no mention of heaven). I read that final one just before my friend who was in town for her father’s memorial service just before she came over to hang out for the evening.

So we have had a lot of interesting nights of library book reads. But also good.

The book that I read tonight was Extra Yarn. As a knitter, I was actually the person who picked up this book at the library and have been trying to get one of my girls to choose it for the last two weeks. Finally, my three year old brought it to me and told me that we were going to read my book (she kind of adores me).

The story is about a little girl who lives in a black and white town. Full of snow and the black soot from the chimneys. The picture of this scene is plain and boring. A scene devoid of color.

One day she finds a little box full of yarn, so she decides to knit herself a sweater. And still had yarn. Then she knits her dog a sweater. And still had some extra yarn. She keeps knitting people sweaters and then moves onto knitting things in her town sweaters. She always has extra yarn. The town is now colorful and bright and soft. People, having heard of her and her endless yarn, come to visit the town. An Archduke who loves clothes hears of her endless yarn and comes to try to buy the box from her, offering ten million dollars. But she doesn’t want to sell it.

The Archduke ends up stealing the box and upon getting it home, all the way across the sea, finds that there is no yarn. The box is thrown out of the window, into the sea, and he curses Annabelle with his family’s curse that she will never be happy again. The box finds it’s way back to Annabelle and the story ends with her being happy (and implies her continued knitting for more things).

I think my favorite underlying message of the story is the importance of doing what you love, even when people are critical of you for choosing to do something against the norm. I love the message of making your world a brighter, happier, and better place, along with doing things for others. It’s fantastic that Annabelle chooses all of that over a crazy amount of money. It doesn’t even seem to phase her. The never ending yarn and what she can do with it is far more valuable to her because it makes her happy.

May you all find what makes you happy, and be able to share that with those you love.