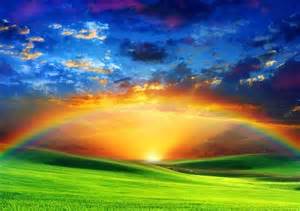 We live in interesting times, times of distress and disorder. Social issues regularly top our headlines causing many to wonder whether or not the end of the world is at our doorstep. Indeed, on the negative side, we see television, radio, cyber and social media bombard us with images of poverty, natural disasters, racial violence, economic problems, LGBT issues, feminist issues, terrorism, unjust wars, and many other societal challenges that seem to plague our country and our world. Yet on the positive side, studies show that we’re living longer, healthier, and happier lives and, believe it or not, poverty is down, violent crime is down, many diseases have been eradicated, child mortality is down, teen births in the US are down, smoking is down, war is on the decline, literacy is up, unsheltered homelessness has fallen (32% just since 2007), and more people than ever before have enough to eat.[1]

In terms of religion another trend shows that religious sentiment seems to be waning, especially among the rising generation. Studies show that religiosity among youth has been decreasing for some time. Disconnects about religion among youth can take various forms such as doubt, faith crises, controversial historical issues, differing views on social justice, obedience to authority, and exclusionism.

I know we all have our strong opinions on these matters, opinions that can range anywhere from ignorantly uninformed to thoughtfully informed, opinions that differ from other’s opinions, and opinions kept silent for fear of being rejected. But we must remember, as we consider and discuss these tough issues and form our own opinions, this one timeless, simple truth Jesus taught: “love one another, as I have loved you” (John 15:12). To me love is the core of the gospel; and it is love that will rend the veil of ignorance, prejudice, unholy judgment, provincialism, and a host of other ills that can block our ability to see what must always be in the forefront of our thinking: that we are, all of us, male or female, black, white, red, or yellow; Muslim, Mormon, Catholic, Protestant, Jew, Buddhist, agnostic or atheist, of whatever sexual orientation, and whatever political persuasion, all of us are children of a loving and compassionate God.

In April 1842 Joseph Smith describes the power of God’s love. He said,

“…While one portion of the human race is judging and condemning the other without mercy, the Great Parent of the universe looks upon the whole of the human family with a fatherly care and paternal regard; He views them as His offspring, and without any of those contracted feelings that influence the children of men, causes ‘His sun to rise on the evil and on the good, and sendeth rain on the just and on the unjust.’ [Matthew 5:45.] He holds the reins of judgment in His hands; He is a wise Lawgiver, and will judge all men, not according to the narrow, contracted notions of men, but, ‘according to the deeds done in the body whether they be good or evil,’ or whether these deeds were done in England, America, Spain, Turkey, or India. He will judge them, ‘not according to what they have not, but according to what they have’; those who have lived without law, will be judged without law, and those who have a law, will be judged by that law. We need not doubt the wisdom and intelligence of the Great Jehovah; He will award judgment or mercy to all nations according to their several deserts, their means of obtaining intelligence, the laws by which they are governed, the facilities afforded them of obtaining correct information, and His inscrutable designs in relation to the human family; and when the designs of God shall be made manifest, and the curtain of futurity be withdrawn, we shall all of us eventually have to confess that the Judge of all the earth has done right” [see Genesis 18:25].[2]

As I’ve taught world religions off and on for the past twenty-five years or so, I have found these words from Joseph Smith both inspirational and helpful for my students. We may not be able to fully comprehend the power of God’s love from a mortal perspective, but perhaps we can sense the awe and wonder of that love when we consider how our dealings with each other must look from a vantage point of perfection and glory. We all struggle with “contracted feelings” and “notions” about many things in this world because as Paul taught, “we see through a glass, darkly.” It’s interesting that the glass referred to in this verse is not a regular pane of glass but instead a mirror. So Paul probably does not mean to say that we cannot see through a clouded pane of glass, but rather we cannot see ourselves with any real clarity. That’s because the mirror into which we’re looking at ourselves is a distorted mirror, something like what we might find in a fun mirror at a carnival where we appear in all sorts of unlikely shapes and forms. This is why Paul says that when we’re face to face with our maker we shall be known even as we are known (1 Corinthians 13:12). That is to say we shall see ourselves in our truest form and character as we are seen from God’s point of view.

Perhaps it’s at that point we will be able to love others the way that God loves all of his children. We’ll have shed ourselves of those contracted feelings and notions, which will fall like scales from our eyes so we can see others the way that God sees them. But I think it’s also possible to get a little closer to that kind of love while in this imperfect setting we call mortality. I’ve seen it happen when I teach students about other peoples’ religious beliefs, sacred texts, cultures, and politics. For example, we can come to understand that despite what some may think, the vast majority of the 1.4 billion Muslims are a peace-loving people, the Palestinian-Israeli conflict is a political (not a religious) dispute. We can see modern science as a positive life-saving force in the world, and good, honest, inspired souls can be found both inside and outside of our faith.

One of my favorite First Presidency statements came out on Feb. 15, 1978 titled “God’s Love for all Mankind.” At the time the First Presidency consisted of Spencer W. Kimball, N. Eldon Tanner, and Marion G. Romney. The statement reads in part:

“Based upon ancient and modern revelation, The Church of Jesus Christ of Latter-day Saints gladly teaches and declares the Christian doctrine that all men and women are brothers and sisters, not only by blood relationship from common mortal progenitors but as literal spirit children of an Eternal Father.

The great religious leaders of the world such as Mohammed, Confucius, and the Reformers, as well as philosophers including Socrates, Plato, and others, received a portion of God’s light. Moral truths were given to them by God to enlighten whole nations and to bring a higher level of understanding to individuals. . . .

Consistent with these truths, we believe that God has given and will give to all peoples sufficient knowledge to help them on their way to eternal salvation, either in this life or in the life to come.”

I find it interesting that Muhammad tops the list of those who had “received a portion of God’s light.” Before the rise of Islam the Saudi peninsula was in what was called the age of ignorance because of the pagan practices of the people, practices such as burying unwanted daughters alive, deep commercial corruption, and the unjust treatment of the poor, the widows, and the orphans. If anything, Islam has brought about a much higher level of social ethics that has helped many people.

It is also instructive that the statement above does not focus on all the wrongs of the many faiths and philosophies of the world but on the love that God has for all of his children.

The power of God’s love for all his children can be seen in 2 Nephi 29:7 and 11, which reads, “Know ye not that I, the Lord your God, have created all men, and that I remember those who are upon the isles of the sea; and that I rule in the heavens above and in the earth beneath; and I bring forth my word unto the children of men, yea, even upon all the nations of the earth? . . . For I command all men, both in the east and in the west, and in the north, and in the south, and in the islands of the sea, that they shall write the words which I speak unto them; for out of the books which shall be written I will judge the world, every man according to their works, according to that which is written.”

And in Alma 29:8, “For behold, the Lord doth grant unto all nations, of their own nation and tongue, to teach his word, yea, in wisdom, all that he seeth fit that they should have.”

It is my prayer that we will keep these thoughts in mind as we interact with each other and try to be more loving, inclusive, and understanding, especially with those with whom we disagree. I have found it’s more difficult to show a lack of love when I understand another’s point of view. This, in fact, is one of the greatest gifts of education. The more I shed the incorrect contracted feelings and notions I have about others, the better I am able to see them a little more like God sees them. And when this happens I am able to love them a little more like God loves them.

May God’s love be felt among us all is my prayer in the name of Jesus Christ, amen.

Brian M. Hauglid is a Senior Research Fellow at the Neal A. Maxwell Institute for Religious Scholarship, BYU.

All posts by Brian Hauglid