Finding the miraculous in everyday life 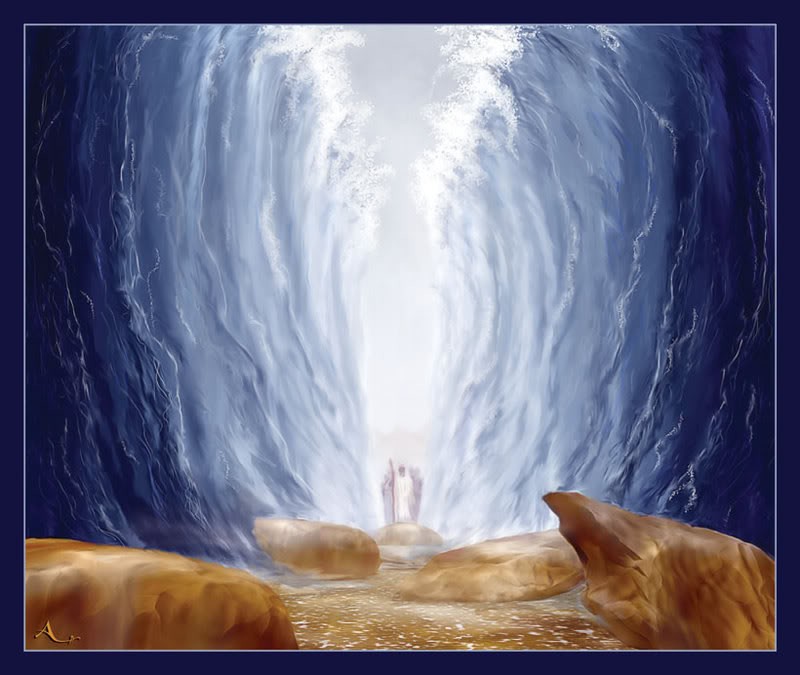 Whether its Moses parting the Red Sea, Jesus rising from the dead, Mohammed riding a winged horse of fire up into heaven, or the Angel Moroni appearing to Joseph Smith to lead him to an ancient record written by his own hand on gold plates, all the World’s great religions are founded upon miracles. They are fantastic and dramatic, and awe inspiring. They are also generally ridiculed and looked down upon in today’s “evidence based” world. To many, to believe in miracles is to be gullible. In today’s world there must always be an explanation.

It’s funny, but in stating that miracles must have an explanation, the opponents of belief in such have really redefined the word. Does miraculous really mean unexplainable? In Mark Twain’s book A Connecticut Yankee in King Arthur’s Court, the main character, Hank uses his knowledge from the future of an impending eclipse, dynamite, and electricity to appear to work apparent “miracles”:, all with complete and total disdain for the very idea of miracles (this in spite of the curious fact that he was swept across the centuries to the middle ages.)

The fact remains that Hank was using his superior knowledge of how things work to awe and inspire others. I am not so sure this is any different than the way the ancients have seen miracles all along. In their minds it was God, after all, who created the world and all that is within it. In light of this, is it really all that extraordinary that he could split a massive body of water, dry the floor and allow a group of people to escape before collapsing the sea again upon Pharaoh’s army? You see, God must know how these things work, manipulating the elements to his will with that knowledge and accomplishing his needs and save a people unto himself. In the end, it only makes sense.

While the story is striking, giving us a sense at once of the importance of the children of Israel and the smallness of mankind. Simultaneously, it is the sense that there is a powerful guiding hand that really makes the story, not just that we don’t understand how God could have done it. I have found that the miracles in the scriptures are generally conveying a message that goes much deeper than whether they happened historically or not. There is a cottage industry of debunking miracles as myth. The classic definition of myth has less to do with historicity and literal truth thereof and more to do with powerful, symbolic, foundational stories that a culture builds itself upon. Miracles are a powerful way to do that.

To the atheist not only is everything explainable, but everything that happens is just chance or the result of natural laws. They emphatically do not believe in the guiding hand. In the end, I believe this is a matter of faith either way, in either the guiding hand or in the explainability and randomness of all things. In spite of all this, in my experience atheists remain quite capable of wonder for the forces of nature. The phenomenon of life is still miraculous no matter how you slice it.

The power of most miracles in myth and legend, or in religious experience often lies in our lack of understanding the how of the matter, the raw display of power, and its complete novelty compared to our everyday experiences. The funny thing is even when we do understand how certain things are done, I am not so sure they are that much less awe inspiring. For example, biology is built upon the idea that life itself is an explainable set of processes and that through evolution, we can know the mechanism of how life came to be. I don’t think that ever stopped any scientist from being amazed at the intricacy of the cell, with its amazing molecular machinery and chemical factories, including all the instructions needed to build an entire organism encoded right into it’s DNA. As we unlock its secrets, I pity the poor scientist who thinks knowing how this works diminishes its wonder in any way.

Besides, it is not as though we have a complete understanding of how things work anyway. It seems likely that there are some things of which mankind may never have a complete understanding. In science, each new discovery leads to many more questions. Physicists generally believe that the universe started in a “Big Bang.” But why did the bang happen in the first place? The Bang and creation of matter remains mysterious. It is the search for explanations and the sense of mystery that will keep scientists going in their quest. Each new answer brings with it many more questions. In the end, while the depth and breadth of our scientific knowledge is expanding at a breathtaking rate, it seems to me that in the end the universe may end up being just a little too big for us in our little finite lives to fully understand.

There is a fascination held by most every scientist for the wonders of the universe. Whether it is subatomic particles, chemistry, forces and laws of nature, or the intricate and bewildering organization of cells, organisms, and ecosystems, deep down I find it always awe inspiring. My personal faith is one that is enriched by science rather than threatened by it. There is a certain strain of anti-intellectualism that runs through much of organized religion these days. When religion is used as a way to explain the world and provide all the answers it can be profoundly threatening to find one of those answers contradicted by scientific evidence. To me, in both science and religion the further questions are much more exciting than the answers themselves. It is the beating heart of Mormonism and the doctrine of eternal progression as I know and understand it. This is what in the end what drives us to seek to learn more. It is one thing that really drives me in medicine. As I study, I am constantly reminded of the miraculous we all experience in everyday life.