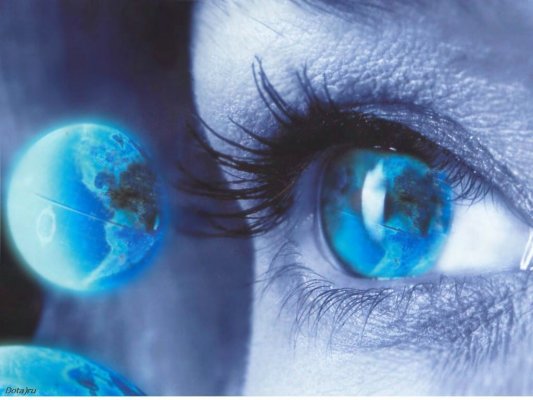 ”That which is of God is light; and he that receiveth light, and continueth in God, receiveth more light; and that light groweth brighter and brighter until the perfect day.”

The Optic Nerves are the two most important cranial nerves in the body. They account for 40% of all the sensory neurons in the entire nervous system, and contain 1 million nerve fibers each. This is by far the most sensory input of any nerve in the body. The trigeminal nerve, which gives our face its sense of touch, pain, temperature and vibration is a distant second at 140,000 nerve fibers. The auditory nerve is third with just 30,000 nerve fibers. By the numbers, vision is by far the most important sense in humans.

Most cranial nerves join into the very primitive part of the brain found in all mammals, called the brainstem. The Optic and the Olfactory (smell) nerves and the only two that connect to the newer part of the brain, the neocortex, The folded, convoluted part that is far more developed in mankind than any other animal. This turns out to be critical to the development of civilization itself.
Birds also have a very developed sense of sight. A hawk can see the movement of a rodent on the ground from high in the air and instinctively swoop down and attack. An owl can even do this in the dark. The precision and sensitivity of their sight is amazing. The eagle eye can easily be considered the pinnacle of vision in the animal kingdom. However, unlike humans, their optic nerve hooks into the brainstem at the superior colliculus, which in birds is much more developed than in other species. As impressive as this swooping in on prey is, it is done instinctively, reflexively as the brainstem is “hard wired.” I lacks the ability to associate and modify itself the way the cortex does. The cortex is where most of what we call “thinking” happens. The cortex is the reason humans have such large brains, weighing in at 23 billion neurons, compared to say- 21 million in the rat. That’s one thousand times as many neurons.

The cortex allows us to do things with our vision that no other animal can. We can make out fine contrasts and shapes. We can reimagine and replay things we have seen in the past in our head. We can imagine visions of worlds we have never seen. This vast array of neurons can even take some of those shapes, contours, and contrasts and assign them symbolic meaning. If you take a range of about 26 of these you can call it an alphabet. Rearrange this and you have the word.

You can then combine this together to create language. While it is true that we can create language from sounds, and that the blind can do it with touch, in part using the same area of cortex dedicated to vision in most people, it is visual processing that allows the written word.

Humans operated for centuries in hunter/gatherer groups passing on knowledge and stories in the oral tradition. It is when writing appeared that a person could take their knowledge and put it to paper in a completely reproducible manner that we could take the knowledge of all who have gone before us and maintain it in relatively unchanged form over time. This allowed civilization to advance.

The wheel now no longer needed rediscovering. A trip to the library can show the discovery to anyone who is curious. The invention of the printing press caused a great swell in the amount of knowledge we could attain. Computers, first individual and then networked together in a worldwide web have sped the process up even more, creating a brand new information age.  Through the written word, we are standing on the shoulders of giants in expanding our scientific understanding of the universe.  The written word allows us to better give expression to our inner world and to begin to understand one another.  We are bound as society by words we hold as sacred- scripture, law and treatise.  We gain united purpose as groups for common cause.

All of this could only come about because of the fortuitous connection of the eyes to a certain part of the brain. All of this is only possible because we can take light, process it, analyze it, reflect on it, create symbols out of what we see and come to new understanding. We can learn from it and become enlightened like so many of our best and brightest. (Can you see what I mean?) So, this Thanksgiving I am profoundly grateful to him who has given me,or really us, eyes that we might see.