A Disciple of the Lord 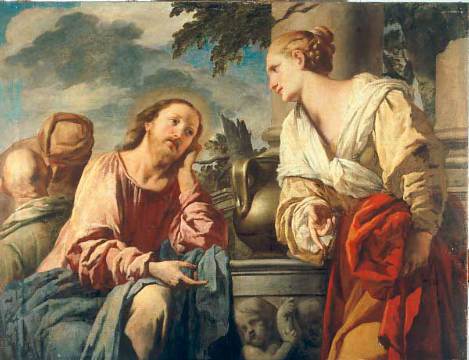 On Thursday, August 14, 2014, Elder Russell M. Nelson gave the commencement address at BYU. In it, he proclaimed that true disciples of Jesus Christ are those who defend traditional marriage.

I am going to say a bold thing:

His determination to draw hard lines around who he believes to be disciples is destructive and even venomous.

I am a disciple of the Lord. I believe a disciple of the Lord seeks to be a conduit for God’s love for all of his people. God’s love is everlasting and unbound, and I believe it is my God-given responsibility to show every man, woman, and child, be they gay or straight, black or white or brown that they are a precious child of a Heavenly Father and a Heavenly Mother and they deserve everlasting and boundless love, regardless of who they love or the choices they make. This is the discipleship I’ve chosen for myself—to freely love *all* of God’s children and to stand in solidarity with them as they attain the full measure of their creation and joy.

What is a Disciple?

When Alma explained the covenant of baptism at the Waters of Mormon, he taught that it involves standing as a witness of God “at all times and in all things, and in all places” (Mosiah 18:9). It’s a standard the Savior’s disciples still strive to live today and a covenant renewed each week during the sacrament, when Church members promise to “always remember” the Savior (D&C 20:77).

Doctrine and Covenants 103:28 says, “And whoso is not willing to lay down his life for my sake is not my disciple.”

As a disciple of Christ, I will lay down my relationships, my reputation, and everything I have in order to stand up for my LGBT brothers and sisters.

As a disciple of Christ, I will lay down my privilege as a married woman and fight for the salvation of my LGBT brothers and sisters.

Elder Nelson’s talk is the fuel Mormons need to punch and kick at those of us who fight for marriage equality. It ratchets up the rhetoric used to marginalize us and shut us out. It gives people the directive to judge us and place us in categories of righteousness.

Elder Nelson’s talk sends the message to me and to people like me that there is no room for us in the church. His talk sends the message to gays and lesbians that there is no place for you in this church. And his talk rallies the troops who agree with him and arms them with the words and weapons to push us out and wound us over and over again until we turn our backs and walk away to find Jesus elsewhere.

Elder Nelson included this scripture in his talk, “Blessed are all they who are persecuted for my name’s sake, for theirs is the kingdom of heaven.” It’s a sentiment in which I find peace, but I was unprepared to think of someone who I believe to be an Apostle of Jesus Christ as one who not only does the persecuting, but weaponizes those who would take up his cause in destroying those of us who walk a different path as disciples of Christ.

I will not leave. I am sad and heartbroken at what is happening to the church I love, but I put those cares aside as a disciple of Jesus Christ who must stand for truth and love in all things.

If I focus on the parts of Elder Nelson’s talk where he talks strictly about discipleship, I can find strength and courage in these words:

“Gone are the days of being a quiet and comfortable Christian.”

“Your religion is not just about showing up for church on Sunday. It is about showing up as a true disciple from Sunday morning through Saturday night — 24/7. There is no such thing as a ‘part-time’ disciple of the Lord Jesus Christ.”

“At any hour of any day, we have the privilege of choosing between right and wrong. This is an age-old battle that started in a premortal realm. And that battle is becoming more intense every day. Your individual strength of character is needed now more than ever before.”

Where Elder Nelson said, “Wherever we go, you and I as disciples of the Lord bear a solemn responsibility to proclaim the will of God to all people,” I propose we change one word so it reads:

“Wherever we go, you and I as disciples of the Lord bear a solemn responsibility to proclaim the love of God to all people.”

Proclaiming the love of God to all people is the discipleship I have chosen for myself. It is good in the sight of God, and Elder Nelson’s’ words will not move me from it.