The desolation of the middle 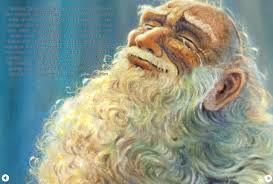 I have been told in the past that I am something of an empath. I think that may be part of what drove me to my career. A lot of empathetic people go into medicine. A lot of them have it stamped and squashed right out of them by the pressures of the job for which empathy is simply a drag. Empathy, the capacity to feel in some small way what others are feeling, is a powerful way to bind us with others. I believe it to be at the very heart of Christ-like love. According to the Book of Mormon, Christ gained that love by taking on him our infirmities “that his bowels may be filled with mercy- that he may know according to the flesh how to succor his people according to their infirmities.” It is a prosocial ability. It can also be very paralyzing and isolating. The problem is that it can always put you right in the middle. I find myself in any argument or discussion able to see both sides. In the midst of another’s angry accusation I simultaneously understand where they are coming from and the other viewpoint. I am forever tempted to play devil’s advocate, no matter the discussion.
I have entered the road loosely referred to in these parts of the internet as a faith transition. I have come through it with my faith forever changed but still intact. I can still count myself a believer in Mormonism. Sometimes I feel like the only one. My camp is small. I feel deep kinship with the likes of Terryl Givens, Adam Miller and Richard Bushman but there are few people I actually know who feel the same. I feel a stranger at church as the narrative there suddenly seems much to small but in seeking out those who might understand, I found groups of people in pain- bitter, angry, unbelieving and condescending. While I am an outsider to both groups, I totally understand each side.

To take just one example, I totally understand why the some express frustration with the leaders of the Church for their refusal in the last year to even discuss or dialogue with a group of women who firmly but politely requested them to ask God about whether women might ever receive the priesthood. Instead these women were stigmatized, castigated, and cut off because they went about lobbying “in the wrong way.” I am as lost as anyone as to what the right way might be. It seems to me the point of a prophet would be to ask God and help us gain greater light and knowledge when the right path ahead seems murky.

At the same time, I totally understand that why leaders of the church feel so defensive as media and publicity were used to try to shame them into moving into a certain theological position. Church leaders have an unbelievably difficult job leading a worldwide organization through an unsettling time of change. I truly believe they act in all they do to protect an institution they love and to which they have dedicated their lives. That job has to be so much harder when people are questioning their authority and may not always agree what the right course is. It is undeniably true that listening to every dissident voice within the church would paralyze it by stretching it in every which direction and blowing it with every wind of doctrine.
Before anyone goes and attacks me for being on one side or the other, let me first say I can see mistakes made on both sides. I am not publicly taking a side on this one. I am trying to leave my opinion out of this. My point is not to argue who is right.  I really do at least see the attraction and feel the root emotions behind other side in so many of these themes of conflict that pervade this blog, be it gay marriage, LGBT issues, race issues, feminism, modesty, historical issues, science, anti-intellectualism.  It almost doesn’t matter the issue.  I can literally feel the outrage and the emotions on both sides of these arguments in a way that is painful to someone as conflict avoidant as me.

As a believer, I threw myself into blogging with the naïve belief that I might be able to help people in faith crisis, ease their pain and perhaps preserve some of what they once found precious. I had this silly idea that people come to blogs to explore ideas and viewpoints, to discuss and debate with one another to seek greater understanding. I have learned from sad experience this is not the case. Blogs and Facebook groups are places where many others go to find the likeminded. They go to find their tribe and perfect their narrative and expose the perceived weaknesses of the competing narrative. Then they roam elsewhere to attack those competing narratives in a sense of outrage and superiority. It can summed up by the never-ending tit for tat arguments between former believers and apologists, liberals and conservatives, TBMs and the “uncorrelated.” Both sides seem to have an endless supply of just one thing, contempt for the other side clothed in righteous indignation.

Behold these thy brethren; they are the workmanship of mine own hands, and I gave unto them their knowledge, in the day I created them; and in the Garden of Eden, gave I unto man his agency;

And unto thy brethren have I said, and also given commandment, that they should love one another, and that they should choose me, their Father; but behold, they are without affection, and they hate their own blood;
Moses 7:32-33

Faith crises are painful. It is all too easy to direct that pain outward and lash out at others. I have read that we have evolved to have a much stronger reaction to negative emotions because they are the ones that can save our lives in a dangerous situation. Fear, anger, fight or flight. These are primal and overwhelm the logic circuits in our brain much more seductively and effectively that faith or hope ever could. Social scientists have estimated it takes 5 positive acts toward a spouse to make up for one negative act.  The news media use tragedy and outrage to hook viewers in.  Politicians all across the country use fear and outrage as their 2 best tools for controlling the vote. It drives us all. As I look at how this pain and anger can warp others, I feel hopeless. My empathy reaches its limit. It becomes dampened drowned by burnout. I want to lash out and scream at every piece of contempt I see. And I wonder, is this how God feels? Is this what it means to see every side- to ultimately reject every side? Is this the desolation of being in the middle?

Even as I ask this, I realize I have simply become what I hate- contemptuous of everyone and everything. Suddenly I understand. I am not immune. I know that contempt well, born of pain. I feel that enmity. Who am I to judge? What tragic creatures we are. It seems we are doomed to suffer and afflict each other. Regardless of how God may feel at times, his plan is bigger and much grander than such emotions allow.  God explains to Enoch that ultimately he will send his son, not to condemn the world but to save it.  Until then and the change that makes one heart at a time, suffering will abound.  Enoch comes to a realization.  Regardless of the success of his little community of Zion having been brought up unto God, suffering remains on Earth and will remain and the heaven weep.  Righteous and successful though he was, he had a more growing to do.  His world became bigger.  His concern became not just the righteous with disdain the wicked, good and bad, us and them, but all God’s children.  Then we read of this remarkable change within him that gives me hope that it is our empathy, and all the glorious and profound pain that come with it are where I might find the answer. It can be eternal. Something profound happens. This is ultimately where we find our redemption. It is the only way we can ultimately be bound together and healed.

41 And it came to pass that the Lord spake unto Enoch, and told Enoch all the doings of the children of men; wherefore Enoch knew, and looked upon their wickedness, and their misery, and wept and stretched forth his arms, and his heart swelled wide as eternity; and his bowels yearned; and all eternity shook.