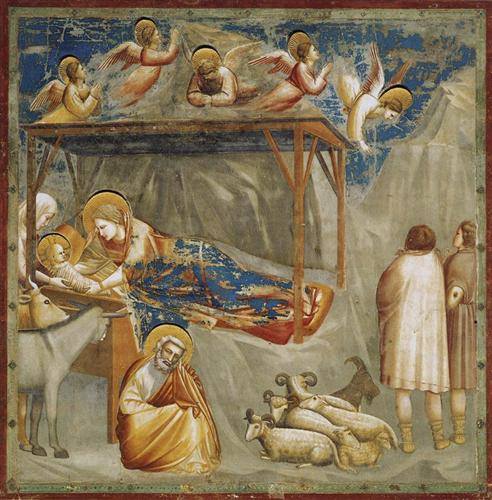 As the Christmas season was starting this year I found myself reading reading Jan Shipps’ Mormonism: The Story of a New Religious Tradition. This book is not so much a history book as it is a theoretical analysis of Mormonism that ultimately argues that Mormonism is a distinct religious tradition rather than another denomination of Christianity (unlike Catholic, Methodist, Baptist, and Episcopalian Christian faiths). Shipps is not claiming that Mormons do not believe in Christ as the God and Savior of the world but rather that just as Christianity emerged from 1st century Judaism so Mormonism emerged from 19th century American Christianity.  The early Christians were Jews who retained many tenets and commandments of Judaism while expanding their system of beliefs, incorporating new Christian ideals.  Early Mormons were protestants who retained Christian tenets while expanding their system of beliefs to include Joseph Smith’s revelations and restoration vision.

Reading this argument during the Christmas season only seemed to strengthen it. The strengthening came from the recognition that we Mormons like to do things differently. Our communal source of inspiration is not any Christian holiday season. While we certainly do observe Christmas and Easter as a church we do it in low key ways directed family by family. Our most important institutional worship meetings and gatherings occur every spring and fall at General Conference, where we look to our global leaders for counsel and inspiration. This is one distinction, among many, as evidence of Mormons paving their own religious path and developing a unique set of traditions while retaining strong beliefs in Jesus as Savior of the world.

In this episode we explore the origins of Christmas traditions, especially the ones that are ubiquitous and universally recognized as such (the nativity, holly, Christmas trees, gift giving etc). I discuss the basis for the nativity story as found in the New Testament with Julie Smith who is a well known blogger at Times and Seasons and is the author of Search Ponder and Pray (she also shared many of these insights last year on Rational Faiths).  I then discussed the ways in which Christmas traditions gained a permanent foot hold in late antiquity and through the middle ages with Zina Peterson.

I used a Pagan blog post that examined a variety of Christmas traditions and decorations to serve as a discussion starting point on the development of lasting traditions. A summary of the post regarding which traditions have pagan origins and which ones are original to the Christian tradition are as follows:

The lovely colors, decorations, and traditions of the season actually come from a variety of sources.

Additionally, Julie shared her family tradition of celebrating St. Nicolas’ Day and I mentioned my families observance (a loose observance mind you) of advent (including of course the lighting of the candles which will grab the attention of even the wildest of small children, especially if you turn off the room lights to begin the ritual). I happen to really like the lighting of the candles aspect. Despite the alleged pagan origins of celebrating the divine via light a single candle or a group of candles shining in the darkness feels very much like Christmas to me (that idea was made clear by Zina in a Mormon Matters podcast on Christmas). Zina also shared her personal tradition of reading the ‘Christmas’ pagan ghost story about the green knight and an old pudding recipe they use to bring in the new year. For me syncretism of this kind (where the combined traditions we celebrate in fact have multiple origins) is really quite lovely, and quite appropriately Mormon.