Christ is Not Leading a Petty Church 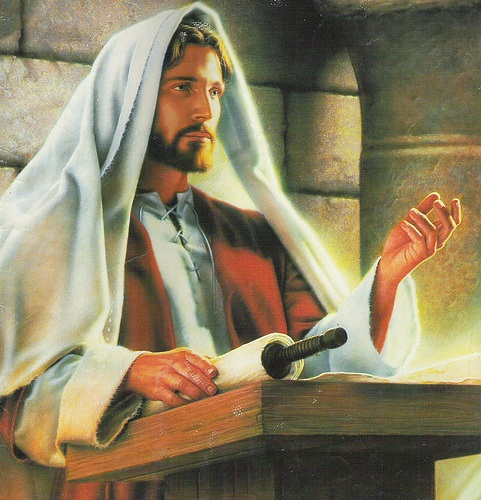 There is a common cautionary tale I hear retold within Mormon circles. This tale goes something like this: Once upon a time the LDS Church was going to do something progressive, and amazing. However, these measures were abandoned when some person or group (often unknowingly) decided that they would engage the media regarding a church policy or procedure. As the story goes this interference altered the fate of the whole church, and as penance the majority of church members must then wait 20-30 more years for this ‘referenced elusive progress’ to occur.

I have heard this idea espoused multiple places – in church meetings, firesides, online, and in personal conversations. Historically I have overheard these explanations used to explain the inability of the Church to denounce and apologize for its racial ban in the 1990s, and most recently in reference to Let Women Pray and Ordain Women.

I find these stories problematic on a number of levels. Most importantly, they require insider knowledge, that the listening party will never be privileged enough to fact check. These stories rely on “I know someone high up” or “someone at the Church told me.” But, these stories also leave out important facts, such as names of these informants (one would assume to protect them from repercussions). These stories remain what I would label not verifiable and clearly do not pass the Snopes Test.

However for the rest of this post, let’s assume that these stories are true. I want to examine the implications of these narratives. These stories are often used by well meaning individuals to affirm the church and its current policies and practices. However, well meaning, these stories when examined yield some alarming inferences. 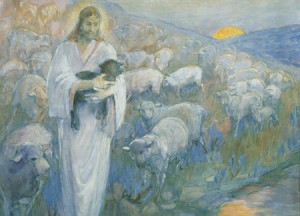 The idea that the Church would hinder the progress of its members and development the organization because it wants to keep up appearances and extend control and authority is shocking. In other words, these narratives assume that (at some point) the church received inspiration from God and chose to NOT act on that divine revelation because of some external factor. History is full of organizations (such as businesses and governments) making petty decisions, I am, however, shocked that apologists try to justify and propagate this behavior in the Church of Jesus Christ of Latter-day Saints.

I find it hard to imagine that the Lord’s anointed would allow hurt feelings win out over human decency, and would refuse to carry out revelations from the Lord. Again, I will restate this- I find it hard to imagine that a group of grown professional men would not go forward with the Lord’s plans to implement  His will because of a newspaper article, a policy leak, or a letter writing campaign.

These types of self-justifying tales, generally serving the individual telling them, and in doing so communicate to others, mostly women, that if you, or someone within your broad category of gender, just behaved better, your life in the church would have already improved, and there would be more ‘undefined’ advancement. These narratives are without a doubt classified as gatekeeping.

Very briefly, gatekeeping occurs when an authority figure, self-appointed or official, creates a fear-based system to control the behavior of others. And uses those within a less powerful demographic to impose sanctions on themselves. Thus creating fear and anxiety surrounding the ‘possible’ repercussions to the individual or the group as a whole if anyone steps out of line. By telling women that a small group, who asked the church to address their observations of inequality, have, in fact, caused the removal of blessings for the entire church. This system creates distrust among women, resentment towards those who have spoken out, and silences voices. 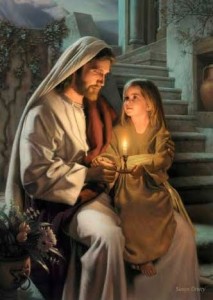 This type of behavior is rebuked in the scriptures. In Luke 11:10-13 we read: For every one that asketh receiveth; and he that seeketh findeth; and to him that knocketh it shall be opened. If a son shall ask bread of any of you that is a father, will he give him a stone? or if he ask a fish, will he for a fish give him a serpent? Or if he shall ask an egg, will he offer him a scorpion? If ye then, being evil, know how to give good gifts unto your children: how much more shall your heavenly Father give the Holy Spirit to them that ask him?

The Lord was very clear about knocking and asking, and the proper response by those in positions of authority. And unless the King James horribly mistranslated the Greek- the proper scriptural response is not what these narrative tales depict. For example, this class of anecdotes depicts the Twelve as having seriously considered reversing their previous decision to allow women to pray in April of 2013, because a group dared to ask why in 183 years of LDS Church history, no woman had ever prayed in General Conference. I think this idea is profoundly depressing. And if- as these narratives assume, that blessings are still being removed or withheld from the Church because of Ordain Women or any other group, then I have to say I am rather speechless and appalled.

These stories perpetuated by individuals are not faith promoting and undermine the processes of revelation and agency. In my opinion these narratives need to stop being used by those who profess to help the church, because, in reality, these narratives make the whole situation worse. These stories depict Church leaders as petty, immature, and vindictive. I certainly hope that individuals called of God would not engage in such juvenile behavior. I have faith that we can stop using unverifiable quasi-apologetic accounts to suppress faithful questions.