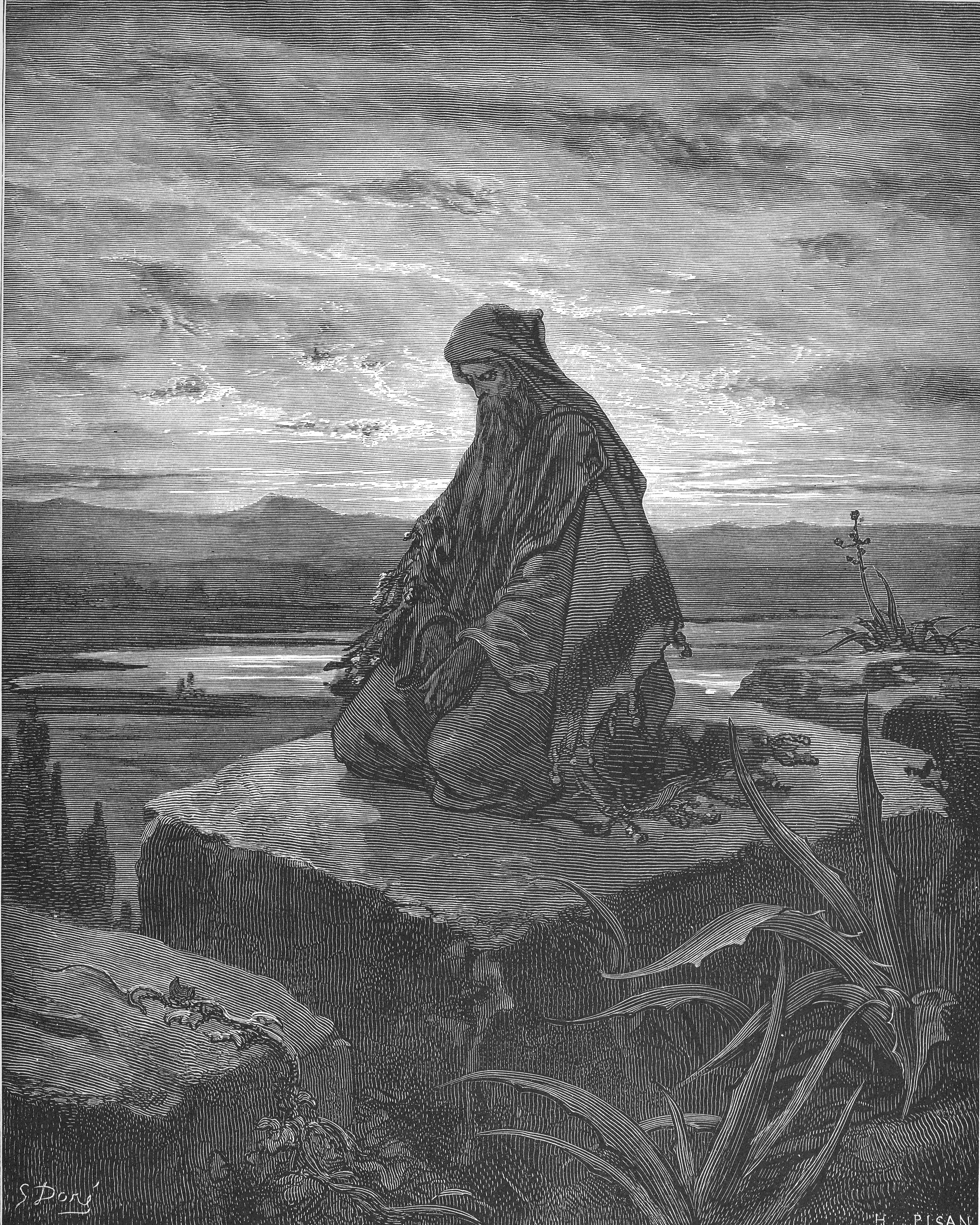 Scholars today recognize that the full text of Isaiah was not written by a single individual named Isaiah in the latter half of the eighth century BCE, but rather that the text was written by at least two, and more probably three, individual authors spanning a period of about four centuries. Generally scholars identify chapters 1-39 with Isaiah of Jerusalem,[1] although this becomes complicated when one takes into account the fact that chapter 1 was written as an introduction to the sixty-six chapters of the book, and chapters 24-27 are recognized as a “Little Apocalypse” that was added in the later stages of the composition of the book of Isaiah. Chapters 40-55 are commonly referred to as Deutero-Isaiah, or Second Isaiah, and 56-66 as Third Isaiah, or Trito-Isaiah.

Over the course of the last century and a quarter Mormon scholarship in general has not reacted kindly toward this transition in modern biblical scholarship. B. H. Roberts, although more open to academia compared to many of his contemporaries,[2] was one of the first to respond negatively to the findings of 19th century scholarship on the composition of the book of Isaiah. In an address delivered in the Logan tabernacle on April 2, 1911, Roberts rejected the “Higher critics” due to their “insist[ing] that the miraculous does not happen, that wherever the miraculous appears, there you must halt, and dismiss the miraculous parts of the narratives.”[3] Roberts interpreted the dismissal of the change of style and historical setting that biblical scholars perceived in the later portions of Isaiah as rejecting the role of divine prophecy. Although this may have been true for some scholars of the time, for many it was not the question of whether an ancient Israelite could prophesy accurately about the future, but rather whether or not all of the details, changes in setting, and even the historical shift in focus from the Assyrians to the Babylonians, and then to Cyrus and the Persians, could be best explained by assuming that these were prophecies when not presented explicitly as such in the text itself. The question was not whether the miraculous was real, but instead these questions came with a shift in understanding how ancient Israelite prophecy worked.

We have very few, if any, ancient Near Eastern texts extant that have long, sweeping predictions of the future that involve the coming change of several world powers.[4] This kind of phenomena occurs more often in later apocalyptic literature of the Second Temple period in Jewish history. Ancient Near Eastern prophecy functioned very differently than our modern conceptions, and did not serve the purpose of specifying future events. I will leave this topic for future discussion, but suffice it to say that ancient prophets were prophets not simply for their ability to predict, but to call out the errors of the nation, explain why certain things were the way they were, and whether or not a king should attempt this or that task. There was no one view of exactly what a prophet was, and many varying kinds of prophets lived throughout the Israelite history.[5]

In the late 19th and early 20th centuries scholars came to understand the texts of the Hebrew Bible in their historical setting as having both religious and yet very important political purposes as well. Taking Isa. 45 as an example, the specific description of Cyrus as the meshiach, or anointed one, of Yahweh is seen as very problematic. The term meshiach is only ever used for the king (Saul or David), a select handful of times for the priests, and even fewer times for the patriarchs. Why would a non-Israelite get the distinction of being Yahweh’s anointed while King David’s line still reigned (if it is assumed that the whole text of Isaiah was written by a single individual in the eighth century BCE), even if he was going to return the Israelites to Jerusalem? This description of Cyrus fits better with the historical setting right after the exile in Babylon, when there is no longer a Davidic king on the throne and Cyrus conquers most of the known world and allows the Jews to return to Jerusalem and sponsors their temple re-building as an attempt to show Yahweh’s favor for the rebuilding of the sacred edifice. Even with all of these points set aside, there are still other reasons for seeing these later sections of Isaiah as being composed well after Isaiah of Jerusalem. I will explain that further below after describing a few more Latter-day Saint reactions to the current scholarly positions on Isaiah.

Sidney Sperry, one of the first Latter-day Saint scholars graduating from a graduate university,[6] did not respond favorably to the position of biblical scholars around the middle of the 20th century. Having studied at the University of Chicago’s Oriental Language and Literature department in the late 1920’s and early 1930’s, Sperry was well aware of contemporary trends in biblical research. He responded strongly against historical criticism in his publications, to the point where he spent ten pages in his Answers to Book of Mormon Questions (formerly titled Problems of the Book of Mormon)[7] describing the authorship periods of the various chapters in Isaiah by scholars of his day. He describes these views as “radical”[8] and “critical.”[9] Although Sperry made a great effort to respond definitively to each of the reasons for scholarly “dissection”[10] of the authorship of Isaiah, his arguments were unconvincing. They followed much of the same logical arguments of Evangelical and other more conservative scholars and laymen of his time.

The smaller numbers of Mormon scholars who have sided with the academic position on the authorship of Isaiah have often been ostracized from the rest of the Mormon scholarly community. The reason for this negative reaction in the Mormon scholarly community is the fact that the Book of Mormon recognizes at least our modern day Isa. 48-49 (=1 Ne. 20-21), 50-52:1-2 (=2 Ne. 7-8), and 53 (=Mosiah 14) as coming from Isaiah of Jerusalem. This is so because Nephi claims that he and his family are in possession of the text of Isaiah and they assume that the sections quoted above by Nephi, his brother Jacob, and King Benjamin are all part of a single book called “the words of Isaiah” (1 Ne. 15:20). Although some sections of the chapters that Nephi explicitly quotes in 2 Ne. 12-24 (=Isa. 2-14) and 29 (=2 Ne. 27) are viewed as problematic, the majority of these sections are not as problematic as those of Deutero-Isaiah.

There are a number of points that are, in my opinion, the strongest evidence for accepting the dating of Isaiah that I have yet to see a response to in Mormon circles. The strongest reason to see the later sections of Isaiah as being written by another author after the Babylonian exile is the fact that Deutero-Isaiah is dependent on Nahum, Jeremiah, Lamentations, and a number of post-exilic Psalms. In her PhD dissertation,[11] Patricia Tull Willey convincingly argues that Deutero-Isaiah not only shares vocabulary with these other texts, but is also the dependent text. It expands and builds upon the quotations and allusions it takes from these (and a few other) books. The historical dating of these texts is already accepted traditionally as either being a century or so after Isaiah’s lifetime, or well into the period of the exile and in response to the destruction of Jerusalem. If this is accurate, which Willey’s arguments forcefully show, then the composition of at least these chapters must post-date pre-exilic Israelite history.[12]

There have been a number of responses to the argument that there is a stark contrast between the writing styles of the three sections of Isaiah,[13] with the most prominent response being word-print analysis to argue that the same author wrote the entirety of Isaiah. Word-print analysis is inconclusive at this point in discussing authorship of texts, and very few scholars accept its validity when applied to scriptural texts. One problem has been that there are very few studies on this aspect of the text, and each of the studies differs entirely in its conclusions from one another. It is not like other methods of investigation where a number of agreements can be found between scholars with some minor or major divergences. The main use of word-print analysis has been to argue for the single authorship of Isaiah. This conclusion misses the fact that if only one author wrote Isaiah, then the entire work would have to be dated centuries after Isaiah of the eighth century BCE. I have yet to see anyone take the conclusion of single authorship of Isaiah to its fullest, which would be required by the clear historical allusions in the text.

Some authors have seemed to assume that this is the extent of the influence of Isaiah in the Book of Mormon, but we have only been looking at half of the picture. There are also several informal quotations, allusions, and echoes of other sections of the text of Isaiah throughout the Book of Mormon that need to be noted as well. In my preliminary research for my honors thesis complete lists will be included in Apendix A of all of the intersections of the entire Bible with that of the Book of Mormon. Until then I can only briefly point out that we do not yet have a full picture.

It is my humble opinion that the academic dating of the separate sections of Isaiah need not worry members of the Church and believers of the text of the Book of Mormon. Far more interesting in this regard is the extensive dependence of the Book of Mormon on the New Testament, but that is also a discussion for another day. For me it is more a question of whether or not Joseph Smith was a prophet, and acted in the same way other prophets in the Judeo-Christian tradition have. A brief look at the collections found in the New and the Old Testaments reveals that an essential form of prophetic literature is a strong dependence on one’s prophetic forebears. Jesus himself quoted from Isaiah and numerous other writers in the Old Testament. Joseph Smith is not exempt in his calling, and with the heavy dependence of the Book of Mormon on the King James Bible, it should not be surprising to find the language of scripture that Joseph Smith was used to everywhere on the pages of the Book of Mormon.

[1] See the forthcoming commentary in the Hermeneia series by J. J. M. Roberts, Isaiah of Jerusalem.

[4] This is simply not how prophecy worked in the ancient world, but I will leave that for another blog post.

[6] BYU has held the Sidney B. Sperry Symposium annually since 1973 in honor of Dr. Sperry, supporting and providing a venue for original Latter-day Saint research in the field of Mormon studies.

[12] Willey is not the only scholar to discuss these relationships, although I think she makes her points clearer and more convincingly than any other. There is a consensus in modern scholarship that Deutero-Isaiah uses and expounds upon not only Nahum, Jeremiah, Lamentations, and these Psalms, but upon First Isaiah as well.

[13] Although only a few papers in the collection address the authorship of Isaiah, see Donald W. Parry and John W. Welch, eds., Isaiah in the Book of Mormon (Provo: FARMS, 1998).