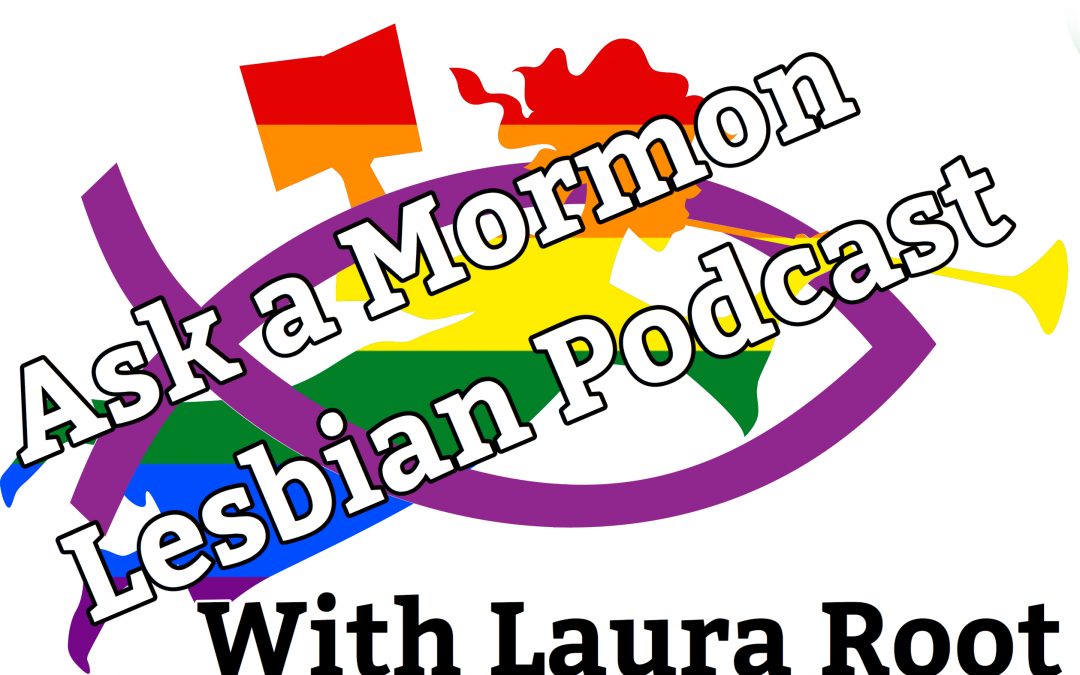 1. Do you believe God is constant and unchanging? If you do, do you believe that all scriptural references to homosexuality being a sin came not from God, but from man?

2. Do you believe Mormonism is “the one true church”? You have expressed in multiple podcasts your love for the Gospel of Jesus Christ. How would you define His Gospel? If the church became a place where you no longer felt welcome or safe, how would you go about living His Gospel outside of the LDS religion?

3. In a previous episode, you mentioned you wouldn’t be surprised if the church’s policy/stance towards members of the LGBTQ community changes over time, particularly as people are more vocal about the negative effects the recent policy change has on families and individuals. I sincerely hope this policy does change as it’s been a hard one for me (and so many others) to swallow. How do you reconcile the church’s ability/potential to change such significant policies with the unchanging nature of God and His eternal perspective?

4. Do you believe after this life you will become heterosexual? What do you believe the next life holds regarding your sexuality?

5. As previously stated, my husband and I are both very liberal in our views. However, both our families are very conservatively LDS. If we have a child who is gay, lesbian, transgender, etc., how would you recommend we help him or her navigate through the conservative natures, comments, and judgements of our families?

The links in this episode are at the very bottom of this page.

Click here to about the history of Lorenzo Snow’s couplet, “As mans now is, God once was; as God now is , man by be.”

Here is the Church’s published talk:

Click here to be taken to LDS.org to read Elder Poelman’s redacted talk (it also has the published video)

Click here to read side by side comparisons of Elder Poelman’s two talks.

Click here to read about Euthyphro’s Dilemma (Does God command because it is right, or is it right because God commands it?.

Click here to read a Book of Mormon lesson by Miguel which discusses a possible answer to the Euthyphro’s Dilemma (much better than the one Miguel gave on the podcast).

The Book of Mormon Scripture, Miguel couldn’t remember during the podcast recording, which he sees as evidence for the ideas that our Heavenly Parents are  subject to something higher than He and She.  Alma 42:13

.”‘Now this was the sin of your sister Sodom: She and her daughters were arrogant, overfed and unconcerned; they did not help the poor and needy.” – Ezekiel 16:49

“Hear the word of the Lord,
you rulers of Sodom!
Listen to the teaching of our God,
you people of Gomorrah!

“Thou shall not lie with a male as with a woman; it is an abomination.” Leviticus 18:22
Dr Greaves (see earlier link) explains:

“First, notice that only males are mentioned. The Old Testament says not a single word about female homosexuality; lesbians, you’re in the clear. This proves immediately that one cannot cite the Old Testament to prohibit all homosexual behavior.

“But what about male homosexuality? Verse 22 comes after a list of prohibited sexual unions, nearly all of which are between close relatives…

“We also need to examine the phrase “to lie as with a woman,” which in Hebrew is mishkeve ‘ishah. It is an idiomatic phrase that only refers to illicit heterosexual relations. One cannot mishkeve ‘ishah with one’s legal spouse. This raises a question: if the verse goes to the trouble of prohibiting male homosexuality based on some kind of forbidden heterosexual intercourse, what would that be?

“The only example that makes any sense, given the context of the passage, is the prohibited heterosexual unions between close relatives, just like all the other examples in the chapter, with the exception of adultery. Adultery would not fit, as it would still permit intercourse between unmarried men.”

Leviticus 19 then continues with prohibitions and ends with verse 19 stating:
“You shall keep my statutes. You shall not let your animals breed with a different kind; you shall not sow your field with two kinds of seed; nor shall you put on a garment made of two different materials.”

Chapter 20:10-21. We must ask ourselves, “Why do we pick and choose what parts of the Hebrew Bible to obey and disobey?” Also pay close attention.  Most of these prohibitions have to do with illicit sex.  That is, sex outside of marriage. It says nothing about homosexual sex within the confines of a legal marriage.

Romans 1:25-28.  It can be seen that Paul’s condemnation of homosexual sex is within the broader context of
Roman idol worship and other practices:

25 because they exchanged the truth about God for a lie and worshiped and served the creature rather than the Creator, who is blessed forever! Amen.

26 For this reason God gave them up to degrading passions. Their women exchanged natural intercourse for unnatural, 27 and in the same way also the men, giving up natural intercourse with women, were consumed with passion for one another. Men committed shameless acts with men and received in their own persons the due penalty for their error.

28 And since they did not see fit to acknowledge God, God gave them up to a debased mind and to things that should not be done. 29 They were filled with every kind of wickedness, evil, covetousness, malice. Full of envy, murder, strife, deceit, craftiness, they are gossips, 30 slanderers, God-haters,] insolent, haughty, boastful, inventors of evil, rebellious toward parents, 31 foolish, faithless, heartless, ruthless. 32 They know God’s decree, that those who practice such things deserve to die—yet they not only do them but even applaud others who practice them.

“The persons Paul condemns are manifestly not homosexual: what he derogates are homosexual acts committed by apparently heterosexual persons….It is not clear that Paul distinguished in his thoughts or writings between gay persons (in the sense of permanent sexual preference) and heterosexuals who simply engaged in periodic homosexual behavior. It is in fact unlikely that many Jews of his day recognized such a distinction, but it is quite apparent that–whether or not he was aware of their existence–Paul did not discuss gay persons but only homosexual acts committed by heterosexual persons.” (John Boswell, Christianity, Social Tolerance, and Homosexuality (Chicago:  University of Chicago Press, 1980), p. 109.)

1 Corinthians 6:4-11.  Pay close attention to the context and the laundry list given. Ask yourself, “What is a sodomite? From what Greek word does it come?  Would this include lesbians?”

4 If you have ordinary cases, then, do you appoint as judges those who have no standing in the church? 5 I say this to your shame. Can it be that there is no one among you wise enough to decide between one believer[a] and another, 6 but a believer[b] goes to court against a believer[c]—and before unbelievers at that?

9 Do you not know that wrongdoers will not inherit the kingdom of God? Do not be deceived! Fornicators, idolaters, adulterers, male prostitutes, sodomites, 10 thieves, the greedy, drunkards, revilers, robbers—none of these will inherit the kingdom of God. 11 And this is what some of you used to be. But you were washed, you were sanctified, you were justified in the name of the Lord Jesus Christ and in the Spirit of our God.

Laura lives in Boise, Idaho with her 2 dogs, cat, and several chickens. She enjoys hiking, kayaking, nordic skiing, reading, and travel. Laura is single and ready to mingle.

All posts by Laura Root