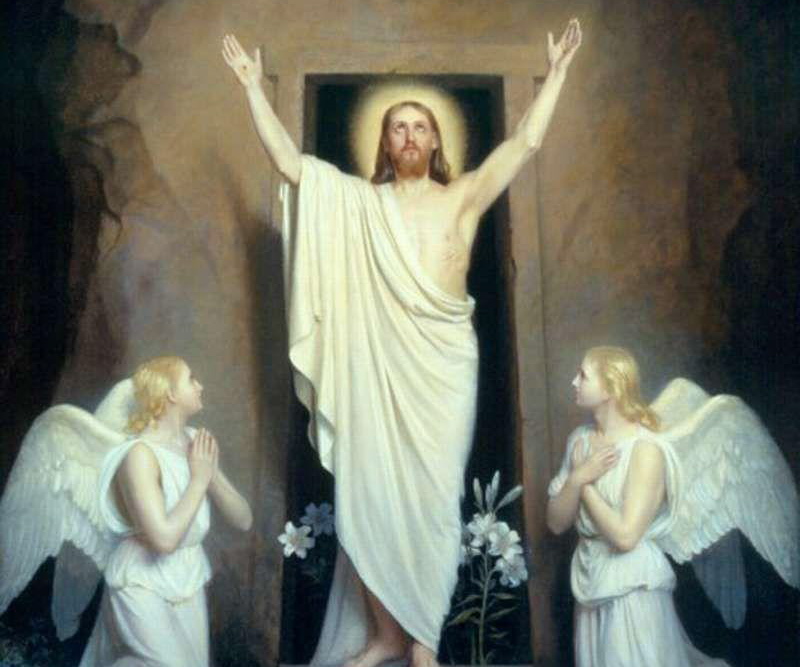 “THE GREAT PLAN OF HAPPINESS” 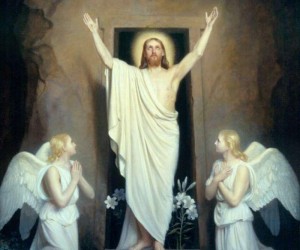 ALMA2 TEACHES ABOUT DEATH AND THE RESURRECTION:  ALMA 40:1-26

40:8  “…all is as one day with God, and time only is measured unto men.”  This makes it sound as if God exists outside time, and I would argue  that also necessarily means, out of space.  I will be doing a post in a few months that deals with this time/space issue and God.  It is a variation of the cosmological argument for God’s existence called the Kalam Cosmological argument.

40:9 “…But behold, my son, the resurrection is not yet…”   This is an odd statement.  Is there any indication in the text that Corianton believed the resurrection had already occurred?  Why would this even possibly be a concern of Corianton?

40:11, 12, 13 If  “the spirits of all men…are taken home to that God who gave them life,”  how is this when later Alma says, “the righteous are received into ‘paradise” and and the “wicked…they have no part nor portion of the Spirit of the Lord…and shall be cast out into outer darkness”?

“No doctrine of the Christian Faith is so vehemently and so obstinately opposed as the doctrine of the resurrection of the flesh” (St. Augustine,In Ps. lxxxviii, sermo ii, n. 5).

40:20 “..I give it as my opinion…”  Are we then theologically bound to what Alma says since it is just opinion?

This phrasing is found in both First Corinthians and Galatians.   In the Book of Mormon the expression occurs nine times, six of which are spoken by Alma (the two other occurrences – within a single sentence – are in the words of his missionary companion Amulek).   What is striking about this characteristic speech patterns is that it is central to Alma’s conversion story.   The nonrandom appearance of this phrase in the Book of Mormon is an indication of how deeply Alma was affected by this experience; he spent the rest of his days urging his people to remember the spiritual transformation that he had undergone.  Mormon highlights the coherence of Alma’s life’s work by providing the documents that allow us to correlate his message with the story of his conversion, at least in the version that Mormon originally narrated at the end of the Book of Mosiah. (see Mosiah 27:26;  Alma 5:51;  7:14; 9:12; 11:37 (2X, Amulek); 39:9;  40:26;  3 Nephi 11:38 (Jesus);  1 Corinthians 6:9, 10; 15:50; Galatians 5:21)   (Grant Hardy, Understanding the Book of Mormon,  A Reader’s Guide,  135-137).

In Plato’s Dialogue, Plato records  a conversation between Socrates and an attorney by the name of Euthyphro.   During this conversation, Socrates asks Euthyphro the following question:

Socrates: “ We shall know better, my good friend, in a little while.  The point which I should first wish to understand is whether the pious or holy is beloved by the gods because it is holy, or holy because it is beloved of the gods?” (Written 380 B.C.E, Translated by Benjamin Jowett, Scene: The Porch of the King Archon)

The Death of Socrates. 1787 painting by the French painter Jacques-Louis David

When one appeals to an authority that is higher than God, you are arguing that good acts are willed by God because they are morally good.   When one states, “If God creates moral laws instead of being subject to them, God can also change them.”- the latter part of the Euthyphro Dilemma is being argued.  That is, that God is being arbitrary because the morally good is morally good because they are willed by God. So, according to this logic,  God could command that the raping of children is good, instead of being evil.

One has to pick one or the other, not both – for they are exclusive from each other.

The Divine Command Theory avoids both horns.   It argues that morally good acts are neither willed by God because they are morally good, nor are they morally good because they are willed by God.   It argues that the good is a necessary attribute of God.   Just like there are certain attributes that are essential/necessary to make a cat a cat.  If an animal were without those attributes,  it would not be considered a cat.  God like wise has certain attributes that are necessary/essential to Him.  He could not exist without those attributes.

What I am arguing (and I believe Alma is too) is that God is necessarily just and merciful.  He cannot be God and not posses these two attributes.  If so, he would cease to be God;  not because he is subservient to some greater law such as mercy or justice,  but because they are necessary attributes of Him.   It is only through the atonement that God can actually contain these two apparently opposite and contradictory attributes – mercy and justice (see Alma 42:15).   Thus it becomes necessary for “God himself ” (see vs. 15) to atone  for our sins so that these two necessary attributes (mercy and justice) can exist within the same being.   That is what Alma is teaching.  I believe this is one of the great and unique contributions that the Book of Mormon brings to Christian thought.  There are no indications that the Euthyphro Dilemma was part of mainstream Protestant thought during Joseph Smith’s time.