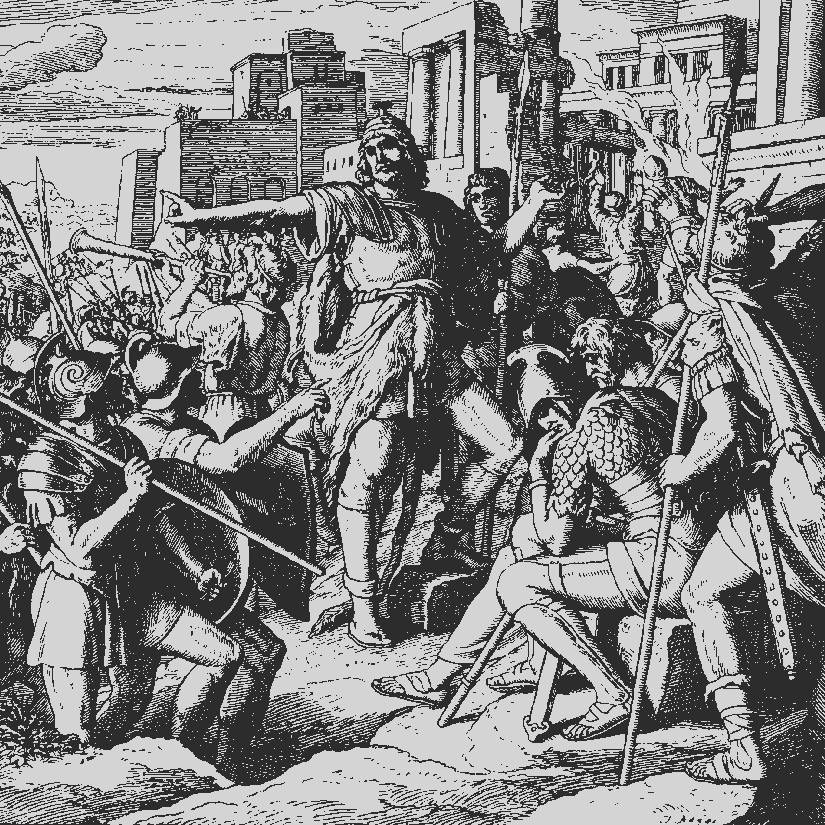 The space between the end of the Hebrew Bible (traditional dating to about 400 BCE) and the beginning of the story of Jesus in the New Testament (4 BCE) is sometimes referred to as “400 silent years.” Was God really silent during that time? Was there no religious innovation or seeking for understanding? What happened historically during that time that affected the beliefs that made their way into Christianity?

The genealogy of Christian beliefs is not purely from the Hebrew Scriptures plus Jesus. For instance, demonic possession is not mentioned in the Hebrew bible but in the NT it seems to be a regular occurrence. In the Hebrew Bible messiah was an adjective and in the New Testament it was a noun (additionally the idea of a savior of the world is not found in the OT without proof-texting Isaiah).

The Intertestamental Period links the two bodies of scripture together through historical awareness of the holy wars, and influences from outside religious ideas (Zoroastrianism believes heavily in demonic and angelic beings as well as end of days prophecies, final judgement, and heaven and hell, which are not clearly taught in bible outside of the New Testament). Rather than only seeing radically disparate bodies of scriptural text, with an understanding of the intertestamental period we can now see evidence of religious change via doctrinal and ideological evolution and development.

For those interested in the Seminar that Sheldon Greaves is organizing for those in driving distance of the Corvallis Area check out his description below. 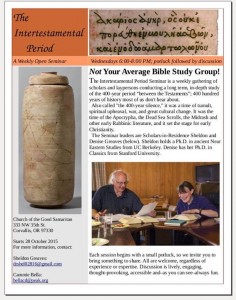