71: The Illusion of Asymmetric Insight 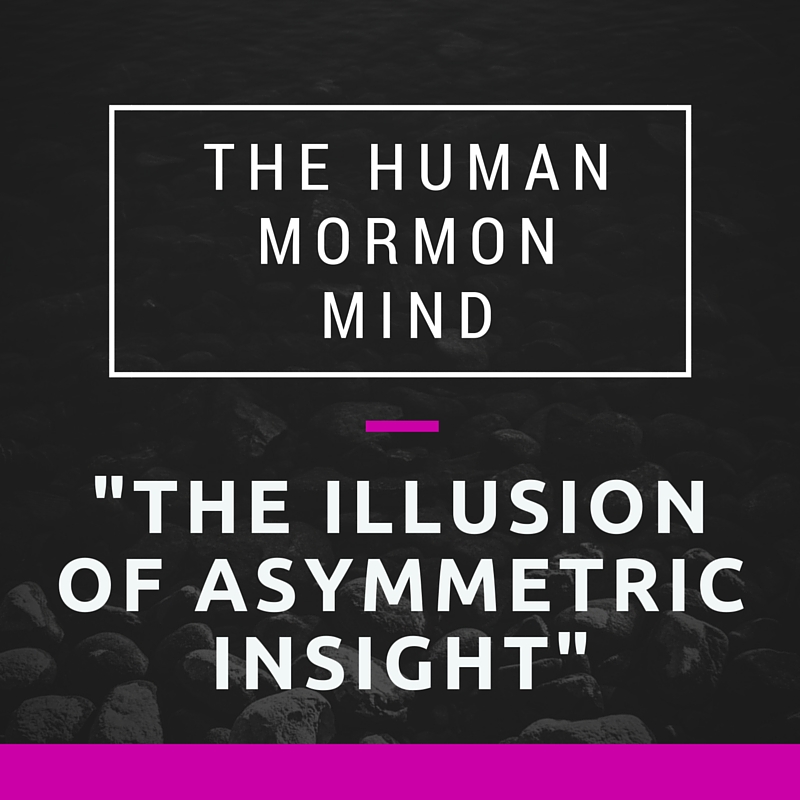 In continuing our series “The Human Mormon Mind,” I just talked with Mica McGriggs and Benjamin Knoll about an incredibly important aspect of human psychology and group dynamics. The Illusion of Asymmetric Insight describes our tendency to view ourselves and the things that we do charitably while viewing others and the things they do more critically. This asymmetry arises from intimately knowing the complexity of thought within ourselves and judging others merely through external information.

We drew this topic from David McRaney’s book You are now Less Dumb (Chapter 12 for those interested).

Additionally you can listen to David McRaney read the chapter here (transcript included).

Or you can read an academic article on the subject here.

Also we had breifly mentioned a thought by Elder Oaks and I dug up the quote from a 2006 Ensign.

“As a General Authority, I have the responsibility to preach general principles. When I do, I don’t try to define all the exceptions. There are exceptions to some rules. For example, we believe the commandment is not violated by killing pursuant to a lawful order in an armed conflict. But don’t ask me to give an opinion on your exception. I only teach the general rules. Whether an exception applies to you is your responsibility. You must work that out individually between you and the Lord.”

Music Note: Intro Minor Swing by the Rosenberg Trio, background music from bensound.com,  and outro Flight of the Ginker by Doug Martin.