The Young Women (lessons) are a Changin’ 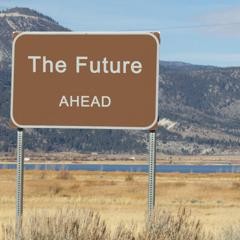 So today I was browsing the ol’ book of Faces, when I saw a link to a Google doc done by Laura Compton comparing the Young Women’s manual from June of 2013 to June of 2014.  The lessons are on the priesthood. The changes are pretty fascinating, especially since church correlations and corrections usually attempt to be subtle enough to barely be noticed (and sometimes accusations of rewriting history are warranted.) However, these changes are, in comparison, HUGE.  There’s no way you can pass off 2013 as a misprint or just not getting it quite right the first time.  Considering how little things get changed in a short amount of time in our church, I’m sincerely impressed and even joyful over some of the changes.  I’ll share a few highlights (though I encourage you to go through it yourself) and some possible long-term implications from what I have read. **Due to technical difficulties, I could not copy and paste the highlights, so you’ll need to follow along on your own.  Page numbers are according to Google Docs.**

This one is small, but I find it incredibly telling as to the direction the Church is trying to go with these lessons. Originally, the YW are to make a list of all the duties priesthood-holders have and learn why it’s important to know about those duties. However, the small shift in the 2014 manual cites a scripture to discuss on priesthood duties, and then asks the young women “…to consider which of these responsibilities they share with young men.” As they continue the activity, they are to write down parallels between priesthood duties and the Young Women’s theme.  This is a far cry from the lessons I remember that were much more in-line with last year’s manual where we just talked about all the things the men did and never related the principles of the priesthood back to ourselves or felt a part of what they were doing, and especially never talked of having responsibilities the way priesthood holders did.

OMG WE’RE LEARNING ABOUT WOMEN IN A LESSON ON THE PRIESTHOOD!!!! Ok, this section is the greatest change ever. I have written before about having a lack of female models in church lessons because everything is about men/priesthood holders. What’s most remarkable about this change is not just that the young women are encouraged to find women in the scriptures, share stories of faithful women they know, read Daughters in My Kingdom, or invite a woman in to speak about how the priesthood helps her in her calling, but that they are doing this instead of what was written in 2013.  The 2013 suggestions include reading about how the priesthood-holders use the priesthood, and then suggests having a young man come in and answer questions about the priesthood for the women.  Blech.  Not only does it give me the patriarchal willies, but it’s not nearly as practical as having a woman explain to the young women how they can use the priesthood themselves, instead of just learning about how others use it in ways they are never going to experience.  The end-questions on 2013 vs. 2014 sum it up nicely: “Do [the YW] understand the duties of priesthood holders better?” vs. “Do [the YW] understand how they can participate in the work of the priesthood?”  Finally, a priesthood lesson that’s about women too!

Here is another clear example of how the lesson has radically shifted away from being focused on the men who hold the priesthood, to the power and capacity the young women receive from it. Originally the suggestions are to write a letter of thanks to a priesthood holder, and look for good examples of priesthood holders around them. Sweet, but a little passive, no? In 2014 the suggestions are changed to making a plan to fulfill responsibilities in the work of the priesthood, and then to share that knowledge of the work with your family. BOOM! No time for writing letters, I’ve got priesthood duties! In the next section, it should be noted that the word “power” is used six times in the 2014 version in referring to the priesthood power that is available for the young women to receive and experience. In the 2013 version of this same section, the word “power” is used exactly…none times. Make of that what you will.

There’s a pretty interesting change here.  While I’m not exactly crazy about the 2014 version of what it means to sustain our leaders (there’s no mention of how to respectfully approach our leaders if we have a disagreement or misunderstanding, just a lot of “never criticize!”), I am very grateful for what is not there. Namely, a paragraph from the 2013 version encouraging the young women to think of ways to support the Aaronic priesthood.  A quote from the infamous Elaine S. Dalton talk on being a “guardian of virtue” follows, reminding the young women to never do anything that might cause the young men to stumble or “lose” their virtue. There is nothing even close to that in the 2014 version. Well phew, says I. Perhaps while reading all those scriptures, the correlation department realized that keeping other people sinless did not fall under anyone’s priesthood responsibilities. 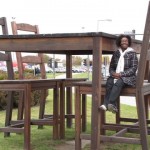 Clearly this woman holds the priesthood.

There’s a lot more great (and of course frustrating) stuff in there, but those stuck out the most to me.  While I don’t know if this is going to cause any drastic shift on a local level in the near future, I definitely think these changes are going to have some great ripple effects.  For one, the priesthood is going to be less associated with men, and more associated with God.  I think one of our biggest problems in understanding the priesthood is that we’ve got it mixed up in a bunch of stuff that’s not really the priesthood. To illustrate this, a fun game to play when someone says the priesthood did something or the priesthood is needed, is to replace it with “the power of God” and see if it’s really a priesthood function. I can get behind the power of God healing someone, or sealing a sacred ordinance. I have a harder time believing that the power of God made a meeting agenda or put away chairs. I mean did we seriously need a restoration for that?

The other long-term effect I see happening is young women becoming more central to their own “story” in the church. Instead of viewing themselves as a supporting character in a man’s story (the “main character”), they are themselves taking action and being encouraged to exercise their own power and responsibility in the priesthood. For the first time, young women lessons are talking about the priesthood from the perspective of the young women as actors, not observers.