No We Won’t Ask 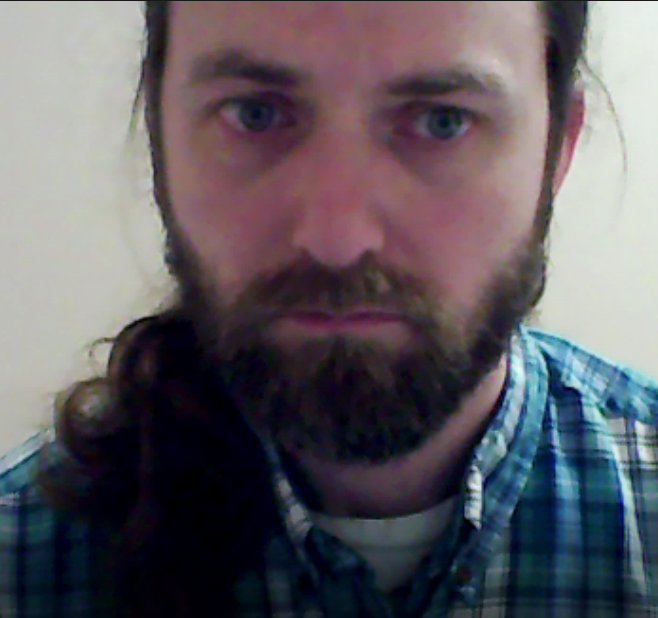 I work hard to be publicly positive. I tend toward depression, and I found I was much happier when I distanced myself from current events news and activism that is just about trying to get my voice heard. I look for ways to do things with more immediate effects, because that makes me happy. Calling for peace in Iraq before the second Gulf War and campaigning for politicians I didn’t personally know mostly just made me frustrated, anxious, and sad. But I’m about to join another activist movement, because I’m really sad, today, and I really care.

I believe in ongoing revelation. I believe that the leaders of the LDS church are called by God, and that they most likely seek and receive revelation from God on a daily basis. I’ve known people who did, like my amazing mission president, Halvor Clegg. He also taught us a lot about how revelation works. You have to ask the right question. You have to stay focused on the question. You have to interpret the answer correctly, so if the question isn’t constructed well, the answer might be really ambiguous (if one even comes). You have to be humble and willing to do whatever God asks. Sometimes even Seventies don’t get the right answers, so you listen attentively, and then you go do whatever God wants you to do. Maybe it’s what the Seventy said, and maybe it’s not.

I have resisted posting a profile with Ordain Women. I want women to have the priesthood. I don’t see any theological barriers to it, and I think it would make the LDS church better in both predictable and unpredictable ways. But I’ve been willing to hold back, assuming that our leaders are aware of the complex issues involved with such a social change, and hoping that they really have been praying about it–despite the public silence on the question. They almost never tell us what they pray about, and I’m mostly fine with that. So, giving them the benefit of the doubt, I trust the Lord is directing His church and get on with the little practical service I manage to do and the too many apologetic, speculative, theological blog posts that I obsess about.

This General Conference has broken my internal stalemate. It’s going to take me a bit to pull the pictures together and maybe make a video, but I’m going to put up a profile with Ordain Women. The public answer given to the Ordain Women movement appears to be: We will not ask because the answer has already been given–Men are to have the priesthood.

I speak to the air and to my friends and family, because I don’t expect this question to be answered, but I plead to my church leaders–Tell us that you are praying about women’s ordination. Tell us what you are asking. Tell us that the answers are unclear, or even contradictory among you, and that you are continuing to seek illumination and unity on this troubling subject. Or tell us what you have prayed for and that you have received a decisive, unified answer. Give me a reason to trust you on this issue. If I knew you had asked, and I knew what you had asked, I would pray about it again, and I would do my best to follow what God told me. I choose to continue to trust you in my life, including ignoring a few pieces of your counsel that have been hurtful to me or others, but I fear that my children will not. I fear that they will grow up and never experience the joys of Mormonism that I have felt. I fear this immensely.

It may be possible to blame me in this loss. Everything I teach my children will be colored by my feelings of exclusion and marginalization. As I feel that my leaders are not representing people that I love to God, but are only dictating partially understood messages downward toward us, I am unable to speak the same sincere reverence for living prophets I have long felt. As I turn from hurtful teachings about modesty and sexuality toward my own moral authority that has made my life happier and richer, I can’t teach my children to rely on the church for correct guidance on these issues. I can’t teach them the trust I grew up with and that has enriched my life in so many ways. I have to give them a more complicated truth, and I don’t think they are developmentally ready for it. Without that indoctrination while they are young, I’m not sure they will have the patience to stay when they start to care about moral issues where the church is imperfect.

As I feel that God has revealed to humans demonstrable and measurable truths about how equality makes societies happier, more peaceful, and safer for women, yet my leaders reject these measurable truths, I find myself echoing Stirling Talmadge, geologist and son of James E. Talmadge, who said:

Without multiplying instances in support of this contention, I feel justified in claiming that no man, whatever his ecclesiastical position, ever was or ever can be justified in dogmatizing regarding those physical things that are amenable to measurement or scientific investigation; and, if he has made the mistake of so dogmatizing, he has no right to cast an irreligious accusation against the man who, by research and measurement, finds out the facts that show the dogma to be false. Such dogmatism has probably contributed more than any other single factor to the apparent rift between science and religion. But if any system of theology insists on holding to dogmas contrary to demonstrated facts, the scientist who knows the facts cannot accept such a system and be honest with himself. Due to such a cause, many a scientist has found his faith destroyed; but the destruction was brought about by the untruthful dogmas and not by the truths revealed by his scientific measurements.

What was once true of evolution is now becoming true of social issues. We are better at measuring social effects of organizational policies. Putting women in charge in significant numbers makes science better and more creative. It makes businesses more competitive. It makes countries more peaceful. It makes workplaces safer for women. It will make our churches safer for women. I am unaware of studies reporting any measurable harms that have sometimes been predicted by nay-sayers when women’s rights have been advocated. I don’t want Mormonism to lose my children, or my children to lose Mormonism. It’s already lost my sister and her family–largely over women’s rights. I don’t want to lose more, because Mormonism is my life. It is all truth. It is the Zion I hope to build. It is the great hope for humanity. It is the loving God who revealed Himself to a boy and who promises to reveal Himself to each of us. I hope I can give my children the faith to hope and wait. But right now I’m sad and afraid.