Will God work Trump out for our Good? 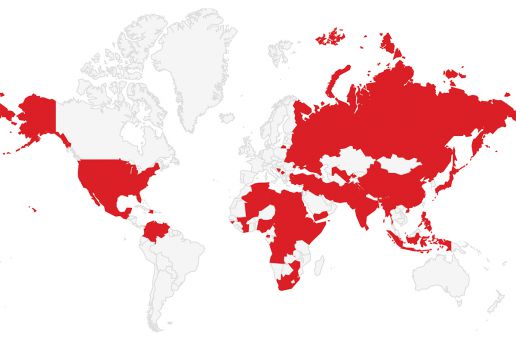 A map displaying countries that have or are experiencing genocides. Photo:  Alex Pickering

So, I have a few questions.

Did the Congolese people have no need to fear the reign of King Leopold II, because God was in charge?

Should the Cheyenne people who opposed the Treaty of Fort Wise have been assuaged by the idea that God would work it out for their good?

The Irish Catholics probably rested easy knowing that the British crown’s lack of response to their plights was part of God’s plan.

Haitians living in the Dominican Republic and Rafael Trujillo?

The Jews and Hitler?

The Armenians and the Ottoman Empire?

Serbs, Jews, and Romanis and the Ustaše?

The Cambodians and Pol Pot?

Non-Arabs in Darfur and Bashir?

Syrians and Assad? (And Putin, for that matter.)

Rohingya Muslims and the Myanmar Government?

This is a pretty long list, and I have barely covered a fraction of the atrocities caused by frightening leaders of state the world over.

God does not keep bad leaders from doing bad things.  We know this.

You do not get to sit back and say everything will be fine because God is in charge.

My guess is that when we get to the pearly gates and ask God why these bad things happened, She will answer, “Because you did not stop it.”