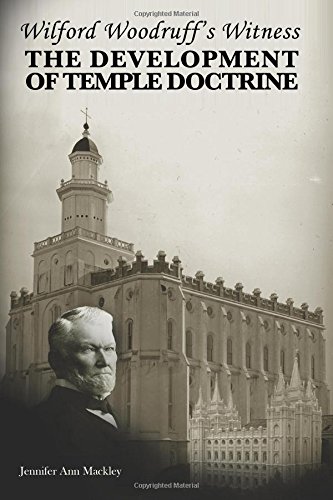 Wilford Woodruff’s Witness: The Development of Temple Doctrine recounts Wilford’s life and his account/view of the development of the Temple using as frequently as possible his own words. Looking at Woodruff, the temple, and church policy/development as an interdependent triad is insightful and can even be paradigm shifting. The author Jennifer Mackley is very knowledgeable of Woodruff’s life and writes the book from Woodruff’s point of view, thus making a history book that is more faith-friendly than Rough Stone Rolling.