Revisiting “Why America May Go to Hell” 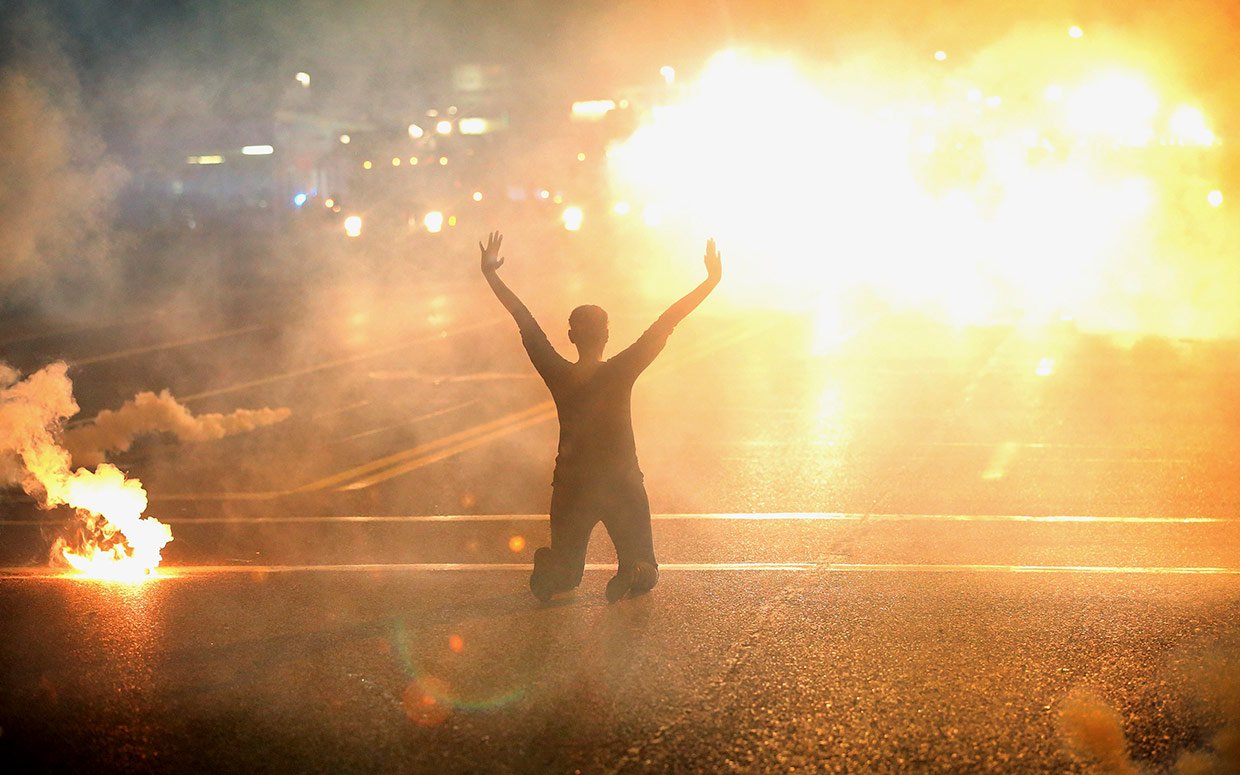 Admittedly, I wasn’t surprised at the non-indictment of Darren Wilson. Governor Jay Nixon had issued a ‘State of Emergency’ prior to Monday’s decision which surely indicated that the response would be heavy. There was no relief found among the images of the National Guard preparing for war. The police in my neighborhood seemed to have received the same message, as they rode down the street like a flock of birds that Monday evening. With helicopters overhead, the once busy streets were reduced to ghost towns. Something wicked was surely coming this way.

In the hours before the decision was cast, I found my thoughts returning to a group of notes prepared by Dr. Martin Luther King, Jr. entitled, Why America May Go To Hell. Because he was never able to give that sermon, the ideas remain as a glimmer of a man whose once flourishing dream met the realities of America. His ministry in the latter period of his life revealed he was not the King who stood on the steps of the Lincoln Memorial but rather a man who began to fully understand the disparity between what America was and what it thought it was. With where he was going in his journey, with his stances against the war in Vietnam and support of labor unions, we could imagine that King’s vision of an America burning may represent the institution that allowed for war, slavery, racism and poverty to occur under the banner of God’s will.

It is where we find ourselves today in the wake of Ferguson. A notion of a post-racial America marred by a truth found in the soil: America is not innocent. Unfavorable deals that devastated America’s original inhabitants. Systems of bondage established to keep certain populations in their designated place.

“Why would these things upset you?” Some may ask.

“How could they not?” I respond.

These questions of why people are choosing to express their emotion through protest but never a question of what are the factors that led them to this place of utter frustration.

Will America go to “Hell”? I’m not the one to call America to damnation. But American history would suggest that there are sins worth examining and deconstructing.

All posts by Zilpha Elaw