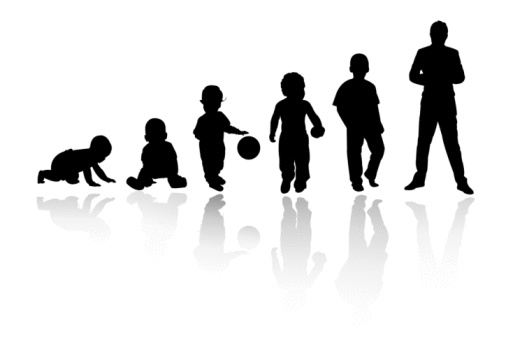 In James Smith’s How (Not) to Be Secular–his interpretive summary of Charles Taylor’s A Secular Age–he notes that, while the causes and reasons for a loss of faith or belief are numerous, most people who embrace scientific materialism over religion do so because of the story science tells more than because of scientific evidence per se. In other words, the form is what really matters, not the content. It’s not so much that scientific materialism is now true and religion has become false (where before it was the reverse). For many formerly religious people, the narrative that scientific materialism gives them feels mature, sophisticated, adult, and, most importantly, courageous. People want to know that religion sees the world they see, even if it also (hopefully) adds to that world in important ways. People that feel particularly infantilized by their religion will especially find this narrative appealing. Of course, religion needn’t be inherently infantilizing, but religions with rigid authoritarian structures that require high levels of loyalty and obedience are often experienced by their adherents as parental and controlling. Defenders of the status quo frequently respond that obedience is actually liberating because it helps one to avoid the pitfalls of freedom run amok, but the more obedience = liberty is insisted upon, the weaker the formulation feels, because it has to be repeated over and over again, as if it cannot stand on its own two rationally persuasive feet. Everywhere else obedience to authority is oppressive and stultifying, and freedom should be fought for and maintained; except, of course, here, on this one exceptional patch of ground, where paradoxically the more obedient and submissive you are to authority, the more liberated you supposedly become.

I mention this because I think there’s a good bit of truth to the notion that organized religion’s need to distinguish itself from non-religion often results in producing adults who come to realize that they feel like they never grew up, that they never became true citizens of the world. This isn’t because various forms of worldly abstinence are inherently childish or arbitrary, as if becoming an adult is synonymous with lasciviously experimenting with everything religion told you to shun as evil, but because they come to realize how simplistic and servile their faith has to be in order to maintain good standing in their communities. Instead of being an affirmative response to uncertainty and injustice, a fidelity to people and truths, faith becomes both a test of belief in supernatural things with no verifiable evidence and obedience to the words of fellow humans who by definition are prone to error and ignorance themselves.

Taylor suggests that those who convert to unbelief “because of science” are less convinced by data and more moved by the form of the story that science tells and the self-image that comes with it (rationality = maturity). Moreover, the faith that they left was often worth leaving. If Taylor is right, it seems to suggest that the Christian response to such converts to unbelief is not to have an argument about the data or “evidences” but rather to offer an alternative story that offers a more robust, complex understanding of the Christian faith.

The main element missing from this too-simple Faith that insists adults emulate not merely the purity and innocence of children but also their unquestioning acceptance of every command from their “parents” (religious authorities), is not a more sophisticated intellect or a better education or more knowledge of history and philosophy. Both the heterodox and those who have left the faith often think that the problem with their tradition is that it won’t allow for a wider range of views or freer reign to explore and question their religion’s history and values. This is no doubt a problem, but the primary thing that promotes the infantilization of the laity is the story that organized religion often tells of a comforting, simplistic world where all will be well in the end if you follow certain rules, a world that is jarringly shown not to exist for many, many people. This is a world full of blessings for those who conform and cursings for those who don’t. It’s a world full of “trials” that ultimately always teach and guide, instead of one that crushes and demoralizes countless multitudes on a regular basis. It’s a world that ignores that staggering inequality with the constant refrain of a nursery rhyme that urges us to ignore suffering that is too great and prolonged to suggest easy answers but instead spotlights “personal challenges” that help a comparatively small few spiritually grow and become more obedient to authority. It’s a world where billions and billions have to wait for another world, another life to heal their broken hearts and minds, for “all to be made well.” In short, organized religion often infantilizes its adherents through a theological “this-world” quietism that tells them to retreat form the evil and chaos of the world to the safety of their own homes, but also through a metaphysical “next-world” activism, where the relentless crushing waves of injustice and suffering in this world are allowed to rage and burn with little prevention, only to really be confronted and reconciled in a world beyond this one.

What we are seeking is an unflinching affirmation of the horrors of this world that can create in us the courage to face the world as it is, not one that shuts the world out as too wicked to touch. We don’t want to live as characters in a story who think courage is no more or less than constantly publicly measuring one’s life by standards the rest of the world does not accept. It does take a kind of courage to do or not do that which is generally unpopular, but the courage we yearn for is the kind that helps us to stand in and with the world as people unified and committed to making it less horrifying and merciless, regardless of the comforts and securities of a more paradisaical world to come. The religious long for a religion that helps them to “face reality” and “grow up” without having to sacrifice their religiosity, and a theology that reveals a God for whom that same reality is often a painful one that similarly requires the solidarity and courage of others to face. That’s the kind of religion whose story is both grand and real enough to produce faithful adults committed to the good and the true in this world and the next.