Dependency: the first law of heaven 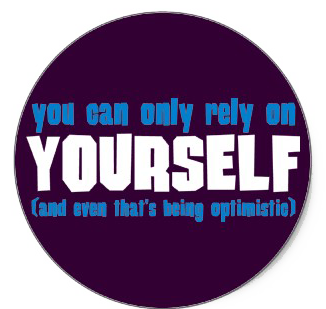 An earlier version of this post was originally published on mormonliberals.org.

Being dependent isn’t a bad thing. We are all dependent on the Savior, for example, and we are all dependent on each other for support. 1 In fact, the humility and love required to acknowledge dependency is an integral part of earthly and eternal life. It’s important to recognize that dependency is unavoidable, inescapable, and all-around positive. There are associated ailments that are rightly looked down upon, but dependency, in and of itself, shouldn’t be. In this post, I will explore this issue as it relates to that institution of higher dependency, the United States government. When it comes to “the government,” who is dependent?

Poor people who get help from the government are dependent.

Even though over 80% of TANF recipients are on the program temporarily (5 years or fewer) 2 there’s no doubt that such welfare recipients depend on the help, at least in the short term. While laziness is never good, there’s simply not proof any significant percentage of these folks are lazy: most of our welfare-receiving brothers and sisters are children, disabled, or working, meaning that while they rely on others for support, the myth of the able-bodied welfare mooch is unsubstantiated. 3 But even if the poor were dependent long term, it is not as simple as blaming them for the situation, as recent studies have shown that poverty is incredibly complicated and that blaming the poor is rarely justified. 4

Rich people who get help from the government are dependent.

Rich people are dependent on the government for their roads, their workforce (which is educated on the government’s dime), their national defense, their infrastructure, their fire and police protection, their international trade agreements. And the list goes on and on. A conservative economist at Marginal Revolution theorizes that about 25% of government spending directly benefits the rich, and he’s not even considering the secondary and tertiary effects of having an educated population; a government that invests in R&D projects that lead to things like the internet, 5 smoke detectors, 6 water filters 7, and handheld video cameras, 8 or the role the government plays in negotiating and securing international trade deals. 9 On top of that, the rich–like the rest of us–are dependent on the government to enforce private property ownership:

“Through the use of courts and police to see to the enforcement of contracts, trespassing laws and all other legal measures pertaining to property, the government determines that a person’s wealth will remain under their control.” 10

The rich are also dependent on the government to the extent that government policies tend to give huge benefits to the rich.

At this point it’s safe to say that we’re all dependent on the government. And that’s okay.

If the government were to disappear today, all of us–rich and poor–would suffer in a wide variety of ways. And that’s not a bad thing. Moving away from government for a minute, we are all dependent on one another, aren’t we? And we’d all readily admit it, I think: nobody would say they know everything, or that they can do everything by themselves, or that they aren’t incredibly grateful for their parents/3rd grade science teacher/neighbor for picking them up when they were down/helping them learn to love science. For the most part, we’re all pretty grateful people, and this is especially obvious roundabouts the last Thursday in November. We know we rely on the help and love of those around us, and if that help and love were removed, we’d suffer in wide variety of ways: we are all dependent on one another. And, again, this isn’t a bad thing. At least, God doesn’t seem to think so: 11

37 Then shall the righteous answer him, saying, Lord, when saw we thee an hungred, and fed thee? or thirsty, and gave thee drink?
see Matthew 25:34-45

Christ goes on to condemn the act of turning away the least of our brothers and sisters while saying nothing about the resulting dependency that comes when others rely on us for that support we’ve given them. And this trend continues in the Book of Mormon:

21 And now, if God, who has created you, on whom you are dependent for your lives and for all that ye have and are, doth grant unto you whatsoever ye ask that is right, in faith, believing that ye shall receive, O then, how ye ought to impart of the substance that ye have one to another.

With this in mind: when it comes to dependency, let they who are not dependent cast the first stone.