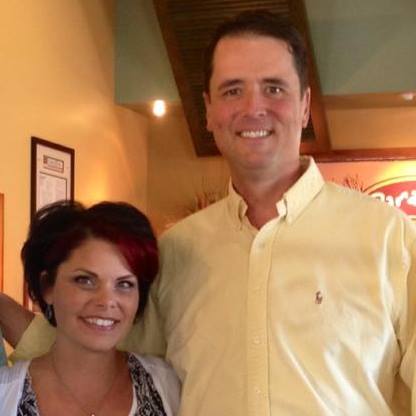 Recently, there have been attacks on Wendy Montgomery and John Dehlin in their advocacy of the significant problem of suicide, depression and homelessness among LGBT Mormon youth.  One article concludes after an alleged exhaustive look at the data that, “The claim appears to be fabricated.”1 And yet, while targeting Wendy and John, the article doesn’t make any reference to the professional associations and/or professional studies and work with which these two individuals have the closest association.

The Family Acceptance Project has gone out of its way to provide a video and brochure (coauthored by an LDS Bishop) outlining how to safely support an LGBT Mormon youth.  The video features an active LDS family and the quotes are from our own prophets. The brochure can be found at: http://familyproject.sfsu.edu/LDS-booklet.  I highly recommend these materials.

If you are familiar with Wendy’s family, their experience in the Church has included harsh shunning, the refusal of members to take the sacrament from her gay son, a thriving hair and beauty business ending because most of her Mormon clients refused to patronage her business (specifically because her son was gay), direct ecclesiastical support for Evergreen and reparative therapy, promises from Church leaders that prayer will cure her son, being driven from their home ward in search of more friendly/tolerant members, and strained family relationships.

The current message from Church leadership is represented on mormonsandgays.org where it states:

“There is no change in the Church’s position of what is morally right. But what is changing–and what NEEDS TO CHANGE (emphasis added)–is <how> Church members respond…when they encounter same-sex attraction in their own families, among other Church members, or elsewhere.”

When even Church leaders are saying explicitly that change is not just a good idea, but NEEDS to happen, then perhaps we should take note.  It should be acknowledged, that dramatic changes in the Church’s approach to LGBT members has only occurred in the past 3-5 years (Post Prop 8 years.)  Mormonsandgays.org has only existed since 2012 and is a stark contrast to such books as Miracle of Forgiveness where homosexuality is compared to bestiality and pedophilia and the moral framing is that it is better to die than to be gay (one should give his or her life rather than to yield to loss of virtue).  And we wonder were suicidal ideation comes from within the framework of Mormon theology.

To further demonstrate the evolving landscape of Mormon thought regarding the LGBT community, Sister Neill Marriott (second counselor in the Young Women’s General Presidency and a member of the Public Relations Committee) said the push for gay rights was prompted by “centuries of ridicule, persecution and even violence against homosexuals.  Ultimately, most of society recognized that such treatment was simply wrong, and that such basic human rights as securing a place to live should not depend on a person’s sexual orientation.” 3

While speaking generally about the history of ridicule, persecution and violence against homosexuals, Sister Marriott is also speaking to the membership of the Church.  Some recognize that such treatment is wrong, but others do not.  Not only should we be advocating for the rights of LGBT people have a place to live, we should be advocating that LGBT people should have a place on our pews and in our congregations.

John Dehlin has also done extensive research specifically within the LGBT Mormon community, something completely lost on his critics. 4 John is not challenging Church culture just because he doesn’t like it.  In his research (study includes over 1,600 LGBT Mormons; published in over 7 national professional journals; coauthored with a BYU PHD Professor of Molecular Biology), one of the facts established is that Church Counseling is reported by 75% as either harmful or not effective.  It also establishes that despite the Church teaching for decades that being LGBT or SSA can be overcome, that only 3.6% indicated that through psychotherapy, personal righteousness or individual effort, they were able to change their gayness or SSA even a little bit.  0% indicated that their SSA went away or was cured.

Add all of this to the statistics that the author1 already researched and conceded are directly relevant:

I would add to this a Church article5 from as far back as 1994 where it was identified and acknowledged that the most at-risk teens are “those who have gender identity problems and have had a personal crisis.  The largest single group of teen suicides, about one-third of the total, are from this group.”  At the time this was written, gender identity problems would have been inclusive of gender orientation as well.

So my question to you is, “Do these claims appear to be fabricated to you?”

How many warning signs and evidence need to be accumulated until we can even acknowledge there is a problem?  No one wants to admit that there may be fault within their religious culture.  But lives are at stake.  Faith is at stake.  The faith of those who are driven from their faith by their own family or in their houses of worship.  I don’t need to guess or surmise if this is the case.  It is my first-hand experience.

“As a church, nobody should be more loving and compassionate.  Let us be at the forefront in terms of expressing love, compassion and outreach.  Let’s not have families exclude or be disrespectful of those who choose a different lifestyle as a result of their feelings about their own gender.”

Currently we fall way short of this mandate.  Our denial of the problem perpetuates the problem.  Because of our religious defensiveness, we will wait until a specific study that is nothing short of a smoking gun spells out in precise detail the problem.

Recently, my wife had a dream (nightmare).  She dreamt that we were at a Ward Pool Party.  Everyone was swimming and pleasant, enjoying the sun and hot dogs.  A very Mormon event.  She eventually jumps in the pool for a swim.  As she looks below the surface of the water, she notices babies lying still at the bottom of the pool.  She screams for help.  She pleads for everyone to jump in the water and try to save the babies at the bottom of the pool.  But with the waves, the depth of the pool, the glare of the sun on the water and everyone being distracted by the fun of the party, no one acts.