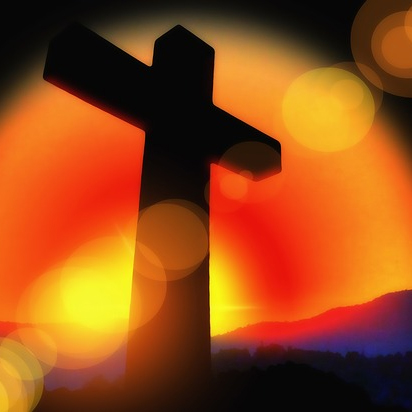 The cross has a long history in religious culture. Even before Christianity, variations of the cross were used as a symbol of life and consecration. The cross became a popular symbol among Christians a few hundred years after Christ’s death. It has become a symbol of Christ’s sacrifice and the Atonement.

Mormons don’t use the cross. If you ask a handful of Mormons why that is, you’re likely to get a handful of answers. Because it is a symbol of death, because we focus on Christ’s life, because it is idolatry, etc., etc. None of that is true. The truth is that David O. McKay was trying to separate Mormons from the rest of Christianity, especial Catholics, and so eliminated the use of the cross from Mormon worship. Before then, Mormons happily adorned themselves and their homes with crosses.

Since I have the desire lately to distance myself further from Mormon social mores and customs that make us more like Pharisees than faithful disciples, this Easter I have been focusing on what the cross means to me. Associating it with the death of Christ doesn’t make sense to me anymore. It makes more sense to associate with what came next, and what that makes possible for me. The Resurrection is what matters.

In Matthew 10, Christ directed us to take up the cross and follow Him. He carried The Cross on His shoulders as part of the ultimate sacrifice and has asked that I do the same in my life. To serve Him, to become like Him, I must learn to live, love, and give as He did. The cross reminds me of Christ’s willingness to die for me, and his admonition that I love others as He does. But, He hasn’t called on me to lay down my life, but to raise my life up to Him. The cross isn’t a symbol of death to me because it is a symbol of the life I should be living to honor Him.

In other faiths, like Catholicism, where the cross in a more prevalent part of their worship, they will make the symbol of the cross over themselves, moving their hand from forehead to heart and then from left shoulder to right. When in need of blessings or protection from the Lord, this gesture is used as a prayer and a plea. The same prayer and plea is constantly in my own heart, and to me the cross symbolizes the relief I long for. Through the Atonement every fear and hurt that I encounter in this life is succored, and I am who I am because of it. The cross symbolizes my wholeness, only made possible by my Savior.

Mormons aren’t strangers to symbols and ritual, and so the use of the cross doesn’t seem like a foreign concept to me. I’ve come to a place where I have envy for churches that employ this symbol as a constant reminder of the Savior’s role in our lives. This Easter, I’m going to start doing the same.