Three kinds of contention, and a way out 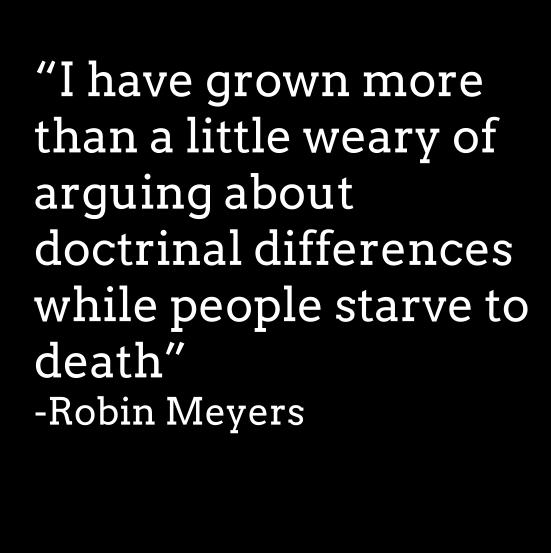 Contention is bad. It’s just one of those things that we all know: we’ve read it and heard it too many times to count. But contention doesn’t mean disagreement. It doesn’t mean arguments. It means something far more significant. In this post I’m going to suggest that there are three kinds of contention, each equally contentious but increasingly difficult to escape.

It seems pretty clear throughout the scriptures, the history of the church, and the abundance of church teachings and practices that we’re supposed to study, learn, and investigate. We’re supposed to ask questions, push the boundaries of our knowledge until we can’t push any more, and then start pushing again. It might seem that apathy or indifference avoids contention, but it is in fact the worst kind of contention: it means fighting with the divine mandate to care.

Of course, that doesn’t mean we’re all supposed to care about and study everything about every issue. But we do need to care. The problem is, once we care and then start learning, the all but inevitable next step is certainty.

We are all doing our best, but since we care about religious issues so much, it’s easy to get caught in the pull of certainty, which inevitably leads to contention: “Certainty turns truth into dogma and goes through life in search of question marks that can be turned into periods–or better yet, exclamation points” 1

It is incredibly difficult, if not absolutely impossible, to avoid contention when certainty is involved.

Once we are in the orbit of certainty, though, we become trapped. We fall in love with our ideas and we begin to hate the world. 2 I’m not sure it’s possible to love my ideas and still love the world. One of those has to go. And when our God has sacrificed his own son because he loved the world, and when our Savior has stated in no uncertain terms that we’re expected to love our neighbors, it seems clear which one it is that needs to go. But it’s not that easy: certainty begins shutting down our systems, particularly our ability to listen. Why would we need to learn more from anyone if we already know for sure? As soon as we stop listening we quickly turn each other (and ourselves) into caricatures: “We have formed communities of political, theological, economic, and racial purity–until we have all become cartoons in one another’s minds. We have our enemies list, the ‘other,’ but the truth is, we don’t really know one another” 3.

This might be the most devastating casualty of contention: we cannot love our neighbor. We don’t even know our neighbor.

At this point, it might seem like we’re doomed to a life of contention. If the biggest road out of indifference regularly leads to certainty which inevitably turns us into enemies, then we either need to give up on learning or to give in to contention. Unless, of course, we find a way out.

Doubt and its benefits

We’re never going to agree on everything (and some of us will never agree on anything). And that’s okay. We’re not supposed to. Avoiding contention doesn’t mean we won’t disagree, and it certainly shouldn’t mean we don’t argue. But it should mean we have charity for each other: “The idea of certainty will be replaced by the idea that we are most fully alive when we give one another the benefit of the doubt” (125). I’m going to quote our evangelical friend Rachel Held Evans on the issue of certainty and disagreements:

We fight like brothers and sister because we are. We’ve all been adopted into God’s family. Maybe we don’t have to change each other’s minds to lighten one another’s load by not assuming motives, by giving each other the benefit of the doubt that we arrived at our beliefs through honest searching. There’s a cost to every conviction. What mine have cost me may be different than what yours have cost you, but the sense of loss is the same. And so is the hope that comes with breaking bread together in spite of our theological and political differences and settling into the sweet certainty that following Jesus doesn’t have to cost this. It doesn’t have to cost our love for one another.

Disagreements don’t have to cost us our love for one another, and should blind us to the facts that we’re all trying. As we give each other the benefit of the doubt, we realize that we have immense power to help (or hinder) our brothers and sisters on the way. How we treat our neighbors not only determines who we are, but it in very real ways creates our neighbors, as they live up to (or down to) their expectations: “Perhaps there was (and is) something truly frightening about realizing that we are all constantly creating one another.” 4. “The way we relate to one another is not incidental but constitutional.” 5 Demonizing our neighbors just creates demons.

We still need to disagree, and we still need to argue. But we need to do so outside the gravitational pull of contention. We need to listen to those who have differing perspectives, especially if we can’t initially see their merit. As an eloquent Mormon recently wrote:

What I need most is to have my perspective validated, allowed, and not brushed off as nonsense but rather as an informed intellectual position to take that is not Doctrinally untenable. I also recognize that all of us believe something that isn’t true and so if you think I hold a position that is un-doctrinal, please feel safe in approaching me, I am willing to listen to any evidence you have that I am outside the bounds of the Church, but that also requires people to listen to my evidence as well and to value what I bring to the table and to have a seat at it.

Good, faithful, intelligent, thoughtful, prayerful, and honestly diligent members can disagree with each other. I mean that in two ways: 1) disagreement is okay, and 2) just because someone has an opinion I find dead wrong doesn’t mean any holder of that opinion is less good, faithful, intelligent, thoughtful, prayerful, or honestly diligent.

What’s next? Escaping contention and giving each other the benefit of the doubt leads to the most exciting of all Christian possibilities: helping make this world better: “One can only imagine what might happen if despite our theological differences, we felt compelled to work together rather than to persuade others that we are right and they are wrong” 6

I echo Pastor Meyers with all the feeling a blogger can channel through a keyboard: “I have grown more than a little weary of arguing about doctrinal differences while people starve to death” 7 And while people suffer. And mourn alone. And feel judged, or ignored, or unwanted. 8

Bloggernacle, Mormon bloggers everywhere, I dare you: figure out a way to embrace our theological differences and work together. Let’s help the poor. Let’s reach out to LGBT brothers and sisters. Let’s beautify the earth. Let’s forget for a moment that we’re conservatives, liberals, cafeteria Mormons, TBMs, Iron Rods, Liahonas, and whatever other way we legitimately distinguish ourselves from each other. We’re different, and that’s okay. Now let’s stand side by side and make a dent in the world. 9