Reaching out to the Tortured Soul 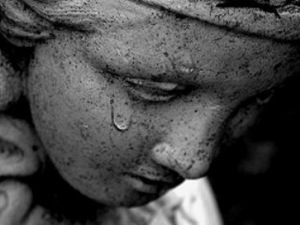 Depression and suicide have made their rounds in the Mormon blogosphere of late, particularly in regard to the issue of homosexuality in Mormonism.  For me, this is a subject that hits home because, you see, I suffer from depression.  It’s taken me a while to get to where I can say that easily.  I blogged my experience years ago when the pain was all very fresh here, here, here and here.  I had some friends and family in the past who felt they couldn’t read it.  It was “too personal.”  Somehow I don’t think they would have felt the same way if I blogged about having cancer, or lupus, or diabetes, or osteogenesis imperfecta or shin splints.  Yet, I really like finally being able to say it.  It’s freeing.  It’s not some deep dark secret I will need to carry to my grave.  I blogged again with a little time for reflection in one of my early posts on this blog.

I’m afraid depression still carries a heavy dose of stigma in our society.  This goes double for people of faith.  We are so focused on joy, love, faith, hope that we can really start to fear negative emotion.   If we feel depressed, it “must” be because we lack the spirit.  There is a certain line of thinking that suggests if the gospel is true, depression simply can’t exist in it.  It is this mindset that I fear those who point to the role of Mormonism in the depression of homosexual individuals do not quite understand.  If homosexuality is correlated with higher rates of depression, many of the devout are prone to then simply point to this as proof of the evils of homosexuality.  The gospel has to be the cure or hey, what good is it?  In this mindset depression becomes truly threatening.  Clinical depression is even worse.  More than sadness due to a situation, this is sadness, numbness, heaviness due to a physical and psychological condition that you have absolutely no control over.  The question becomes, “Why would God allow such a thing?” Because it is a malady of the mind, in our culture for some reason, the question becomes even more threatening than the question of why God allows leukemia or sarcoma.  Because the problem lies invisible, in the seat of our consciousness, it is so much easier to believe God can flip the switch and depression can melt away.  To many well meaning activists depression is a symptom of the larger culture’s problem.  In regard to homosexuality, religion and depression the statistics are there.  You can read all about them in this excellent recent joint post by Michael Barker and Dr. Daniel Parkinson.

I am right there with those who see the problems with the current Mormon rhetoric regarding homosexuality, particularly.  If I were to discover my own child was homosexual I would have deep trepidation about letting them participate in the youth programs of the church.  At the same time, I can’t help but see the paradox involved in this strategy of insinuating  that our Mormon culture is oppressive and the “cause” of depression in anybody, homosexuals in particular.  Whether the culture needs change or not, this kind of attack merely reinforces the idea that depression is a symptom of a sick and wrong society. The temptation is to turn this very complex, very human condition that is every bit as much physical as it is mental and spiritual, into a simple rhetorical device.

The statistics I have seen show homosexuals make up about 8% of the population. Assuming this is correct, this means by chance there is an average of one young man or woman for every twelve youth in any given ward. Those who work most closely with these youth indicate that these youth are among our most devout.  By internalizing the idea that same sex attraction is a weakness or defect that can only lead to sin, many figure moving closer to the spirit and cranking their worthiness might actually help remove this weakness. This can actually lead to a toxic perfectionism that serves to beat one down but it is a perfectionism driven by deep spiritual identification with Mormonism.  Criticism of Mormonism is likely to trigger a defensive response that only serves to drive the problem underground and isolates those suffering even further.  Isolation is toxic when it comes to depression.  To attack a culture at the core of one’s identity is to attack the person themselves while at their most vulnerable.  This will only raise their defenses, maladaptive as they might be.  This isolation is dangerous and ultimately unnecessary.  This activist too often wants to fix the forest in a way that burns many of the individual trees.

The new policy categorizing same-sex marriage as apostasy and a special category of sin so grievous that children of such families must be kept from the church has disturbed many, many members of the church.  Many have referred to it as the last straw and have decided to leave.  I would argue that this is exactly what the makers of the policy intended.  It is designed to root out anyone who holds any favorable view of Gay marriage out of the church.  It is meant to move the church in a conservative direction through attrition so the threat of having a policy change will not materialize any time soon.  It is meant to weed out those who dare to believe the leadership could make a mistake.

I am one of the strange ones.  I choose to believe. I love the church.  My faith has changed over time but I can still call myself a believer.  This policy has strained that desire to remain a believer.  But here is the thing.  Homosexual members of the church will still be there. Even the church now holds that same sex attraction is not a choice.  My desire for anyone reading who  feels any resonance with my words is that we could stay even if only to let these youth know they have someone in their wards who is safe to talk to, someone who will listen without ill will for their faith as one who recognizes the power of spirituality in their healing journey through depression.

I can say without a doubt that I have gained much spiritually from my experience with depression.  Yet I fear even as I say this I am trivializing what is a truly hellish experience.  Having lived through it, I can honestly say I truly understand why it is that some people going through depression take their own life.  That part is easy.  For me, the real mystery is that so many of those who come through to the other side state they learn more about themselves, about life, and they go on to live life more fully than ever before.

Please understand this idea of clinical depression changing one for the better simply cannot be grasped or comprehended while suffering in the throes of active depression.  Don’t try it.  In proclaiming any benefit in suffering, it is far too easy to trivialize that suffering. The agony of such depression is real and defies any easy description to the uninitiated.  What we can do is be there for them.  Sometimes it is enough just to sit with them in silence, or at the very least, know where to refer them for help.

Here is what makes clinical depression so difficult. People who offer encouragement or state what a wonderful person you are, get rebuffed. In my depression, I was convinced that I was an impostor, a truly worthless creature. Any good or worthy quality others saw in me was a mirage, and to know I suckered someone else into seeing worth in me, created only more guilt.  In fact, excessive guilt is a defining feature of depression.   My ability to enjoy religious practice of any sort at all plummeted in the middle of my depression. I hated church. I found no comfort in prayer or in scriptural study. Of course, this inflamed guilt and self-loathing all the more. I know from direct experience that depression cuts off spiritual feelings. You end up feeling alone and abandoned.

Clinical depression is paralyzing. People who try to drag you out into activity also create more guilt. Others may tell you that the sun is shining and that it’s a nice day, asking you to go out and enjoy it. Intellectually you know it’s beautiful outside and a nice day, but that feeling, the emotion of joy or appreciation is completely shut off. You lack the capacity to feel, and again beat yourself up for not being able to enjoy it.  In a real, physiologic sense the body’s response to positive emotion is shut off in depression. The mind loses an intimate and critical connection with the body. It is as if the soul itself is rent in two.

Joy, peace, serenity, the thrill of insight, these are all felt inside, physically. You can have the same intellectual experiences without the feeling, but without positive emotion, hormones, chemical reactions, they lack any significant power.

Here is the amazing thing. Many who live through depression come through with a heavy dose of compassion for others. No one knows better what it is to suffer. If depression does nothing else, it enlarges our capacity for empathy.  While suffering is not a good thing, neither is it necessarily an evil.  Suffering seems in many ways to be a fact of life, one we are taught in Mormonism is necessary for growth and development.  In the Pearl of Great Price, the prophet Enoch stood dumbfounded as the Lord God, Elohim, the Father, looked down at the suffering we his chidren inflict on each other and he simply wept.  Enoch’s baffled response shows he was also under this same false impression- that to be Holy, to be filled with love, mercy, power, means you cannot feel sadness.  The truth is more complex.  To be infinitely filled with love, mercy and power requires a complete and infinite familiarity with sadness, grief and pain.  Opposition in all things.

They who make this journey are people worth knowing.  It is too easy to make our guilt over church doctrine and policy as being about us and our guilt or anger.  I would argue that we can make our role in the church to help those most vulnerable to its flaws.  In the end, it may just enlarge the souls of all involved. If you feel lost as to where to start here are some resources.

The Trevor Project– a suicide hotline for LGBT youth