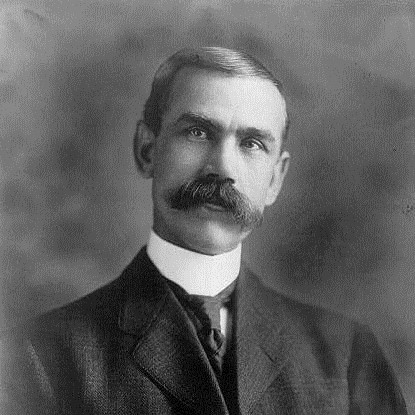 A turning point for the LDS church and American religious liberty is recorded and analyzed in Kathleen Flakes’ The Politics of American Religious Identity and was the 4 years of public scrutiny of Apostle/Senator Reed Smoot and more importantly the LDS church. This account marks a shift in practice and preaching within the LDS faith. Though polygamy was claimed to be abandoned in 1890 by a manifesto from the LDS President Wilford Woodruff, the seating of Reed Smoot to the U.S. senate revived concern over the Church’s actual commitment to monogamy. It was found that plural marriages had been approved, and performed by those in the highest levels of LDS church hierarchy. In order to establish trust in Smoot’s patriotism and conformity to culturally accepted marriage norms, the church was publicly investigated and in several instances embarrassed by the committee’s findings.

There are several points in which the reader must answer the question(s) “must I believe?” or “can I believe?” as illustrated by Jonathan Haidt [1]. The most salient such moment is when Joseph F. Smith is interrogated and asked specifically about revelation. From page 95:

“He had been president of the church for only two and one-half years when he told the committee, ‘I have never pretended to now do I profess to have received revelations. I never said I had a revelation except so far as God has shown to me that so-called Mormonism is God’s divine truth; that is all.’ Though Senator Burrows pressed the witness to state whether this conviction was based on a divine manifestation, the witness would only admit to ‘inspiration’.”

To many, including myself, this admission is alarming (or gratifying), depending on one’s convictions of Mormon prophets being divinely guided. A non-believer would read this quote as ‘proof’ of the falseness of Mormon revelation while a believer may read this as a way the president is restricting the sacred to only those who understand the sacred (members of the church), a way of not casting pearls before swine. One other believing interpretation would be that the vague minimalist view of revelation shared by the president was a conscious dodge that played a part in the longer and more important strategy of saving and eventually expanding the churches influence (which turns out to be the case later in the book). As I continue to read the history of the church I see many of these points that are interpreted in different ways, the interpretation always dependent on the existing beliefs of the reader.

The abandonment of polygamy as a practice and the de-emphasis of the doctrine of plural marriage cannot be overstated as faith shaking to the LDS community. The success of Smoot retaining his seat in the senate marks the beginning of the assimilation of the LDS church into American culture and the survival of the church as a major American religion.

While Smoot served as a powerful political influence in the US and abroad (he confounded the Mormon stereotype by being a sophisticated stately monogamist and single-handedly opened Northern Europe to LDS worship and missionary work), Joseph F. Smith is rightfully credited with the re-orienting of the church to a more durable narrative and foundation for the faith. Mormons of the 19th century focused their faith in Kingdom building and were known for their many wives. Plural marriage was viewed as a sacrament that was required to gain entrance to the highest position in heaven and the father or Patriarch was then bound for Godhood rule his eternal dominion (his wives and progeny). Mormons of the 20th century focused their faith on the divine narrative of dispensationalist theology culminating in the prophetic calling of Joseph Smith as the Prophet of the Restoration and are known for their industry, patriotism and loyalty to traditional family values. The cosmic narrative of God guiding his people throughout all time via select prophets was emphasized and the purchasing of early church history sites along with instituting celebrations Joseph Smith’s birth and death as well as the Pioneer trek west historicized Mormon theological claims.

The shift from the concrete Kingdom of God on earth to a more spiritual one has been extremely important and has allowed the members of the faith greater degrees of flexibility to work and live alongside their neighbors in a variety of cultures while retaining their unique faith paradigm. The reduced rigidity is exemplified by recognizing the limited ways one can be a polygamist, including accounting for limited host governments that will tolerate such a marital arrangement, and realizing that there are many ways one can think about, interpret, and believe the story of God acting through the LDS church. This is exactly what the Smoot trial forced/inspired Smith the change in the church, a shift from practice to belief.

Flakes’ work is critical to modern Mormons knowing how the faith has changed over time and how difficult and how costly change in the church really is. The abandonment of polygamy was suffered in order to gain wider acceptance to the American culture and avoid federal sanctions and federally enforced amendments to the state constitution. Joseph F. Smith had to excommunicate two apostles, who were close beloved friends of his, and shift the focus of faith for the entire church. From this point forward the apostasy/restoration narrative, the Joseph Smith Story, and Prophetic leadership became the unique foundations of Mormon faith.

[1]Jonathan Haidt discusses the psychology of belief using two questions that allow us to filter and sort new information in order to confirm our preconceived notions.

“The difference between can and must is the key to understanding the profound effects of self-interest on reasoning. It’s also the key to understanding many of the strangest beliefs— in UFO abductions, quack medical treatments, and conspiracy theories. The social psychologist Tom Gilovich studies the cognitive mechanisms of strange beliefs. His simple formulation is that when we want to believe something, we ask ourselves, “Can I believe it?” Then (as Kuhn and Perkins found), we search for supporting evidence, and if we find even a single piece of pseudo-evidence, we can stop thinking. We now have permission to believe. We have a justification, in case anyone asks. In contrast, when we don’t want to believe something, we ask ourselves, “Must I believe it?” Then we search for contrary evidence, and if we find a single reason to doubt the claim, we can dismiss it. You only need one key to unlock the handcuffs of must.”

Haidt, Jonathan The Righteous Mind: Why Good People Are Divided by Politics and Religion (p. 98).