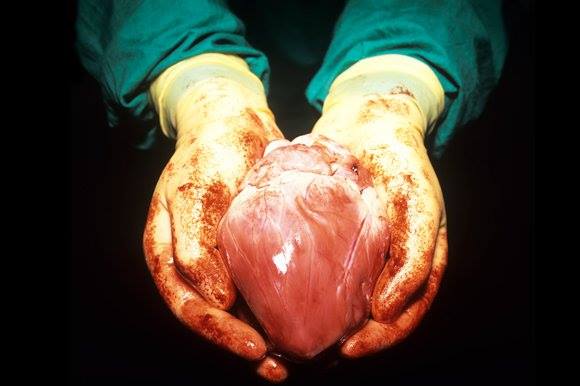 Elder Nelson recently declared that the church’s policy targeting gay members and the children of same-sex couples was a revelation from God, but I struggle to see how the policy embodies the principles which should govern priesthood exercise of power, as contained in the Doctrine & Covenants.

According to the Oath and Covenant of the Priesthood,

The Priesthood Oath provides us with a blueprint to evaluate whether an action may be divinely inspired—or whether it is an abuse of priesthood authority. According to these scriptures, any deviation from the prescribed requirements results in a loss of the Spirit and priesthood authority.

“when we undertake to cover our sins, or to gratify our pride, our vain ambition, or to exercise control or dominion or compulsion upon the souls of the children of men, in any degree of unrighteousness, behold, the heavens withdraw themselves; the Spirit of the Lord is grieved; and when it is withdrawn, Amen to the priesthood or the authority of that man” (D&C 121:37).

The church’s policy of exclusion seems to be about exercising control and compulsion. The policy dictates that if a gay parent in a same-sex marriage wants their child to be baptized, they have no choice in the matter; the church has taken control of the decision. And if the parent still wants their child to be baptized, the policy would compel the parent to give up custody of their child to the straight member spouse. Furthermore, if the child of a same-sex married couple wants to be baptized, they have no choice, unless they choose to leave the parent that is LGBT. In these, and a variety of other scenarios, the church has placed itself in a position to exert control on these families in matters regarding faith, living arrangements, and child custody, and in a way that severely disadvantages same-sex parents and their children. Why seek such control? Why not leave these decisions to the individuals involved?

Furthermore, I am concerned about Elder Nelson’s suggestion that supporters of same-sex marriage are embedded in society as “servants of Satan.” Plain and simple, this is a scare tactic used to compel concerned members into a position of forced loyalty or silent protest, fearing social rejection or disciplinary action by priesthood leaders. This type of compulsion leads to a culture where members feel their covenants are made with the brethren in Salt Lake, rather than with God. But is this type of devotion towards the brethren truly appropriate? Robust community relies on differing views, and I have been heartbroken to see these scare tactics used by not only the highest in church leadership, but also in local congregations.

When leaders or members label LGBT people and their supporters as “chaff” or “fence-sitters” or “servants of Satan,” they contribute to an atmosphere controlled by dominion and compulsion. Our community has been divided so much, we need to focus our efforts on healing, rather than further exclusion. Where there is disagreement over these issues, instead of using labels and scare tactics, let us use patience, meekness and long-suffering to create opportunities for fruitful dialogue, resulting in a community that embraces people with diverse backgrounds and opinions.

Following the announcement of the policy, Elder Christofferson explained,

“. . . this is about love and especially the love of the Savior and how He wants people to be helped and fed and lifted, and that’s the whole motivation that underlies our effort.”

But the Priesthood Oath makes it clear that is not enough to simply call something love. The love must be “unfeigned” or sincere—not only in motive, but also in effect.

I have yet to hear one explanation of how this policy provides love for those it directly affects. Are we really expected to believe that singling out same-sex couples as apostates and fast-tracking them for excommunication is an act of genuine love? Are they to feel loved when they are in effect told that their sincere belief and devotion to the church is not enough, because they chose to pursue happiness in a committed same-sex marriage? Does the further step of depriving their children from church blessings and potentially pitting them against their parents somehow amount to love? I just don’t see it, regardless of the claimed motive.

I have heard some defend the policy by explaining that it is a type of “tough love,” like parents scolding a child for playing in the street, or like a physician breaking the bone of a patient so it may heal. Indeed, Elder Nelson recently explained that in creating this policy, the leaders “considered countless permutations and combinations of possible scenarios that could arise.”

If the leadership could take such pains to consider all the ways to “lovingly” break the hearts of committed church members who are married to someone of the same sex, then where is the explicit policy or plan for healing those hearts once they are broken? I would hope that a renowned heart surgeon would emphasize how the recovery and mending of the heart post-operation is every bit as important as the painful and dangerous operation itself.

If the leaders can labor over “countless permutations” for disciplining gays and their children and come up with this policy, then why not do the same for helping them feel more acceptance and love? Why not instead combat homophobia or bullying? Why not think of “countless permutations” for carrying out a whole host of other goals to heal the hearts of the LGBT people who have been the target of church-wide disapproval for decades? Why not do something positive for LGBT individuals that genuinely amounts to a “love unfeigned”?

The Priesthood Oath requires pure knowledge (D&C 121:42). In discussing the root causes of homosexuality, current leaders acknowledge that “we simply don’t have all the answers.” This humility about the root origins of homosexuality is refreshing, given our church’s complex history around these issues.

The requirement of pure knowledge in the Oath suggests that it would be incredibly important to have a deep understanding of LGBT issues before creating a harsh policy to discipline these individuals and families. And with so little understanding, why focus on matters of discipline and exclusion when we could instead seek further light and knowledge about the positive role our LGBT brothers and sisters can play in our communities?

“Reproving betimes with sharpness, when moved upon by the Holy Ghost; and then showing forth afterwards an increase of love toward him whom thou hast reproved, lest he esteem thee to be his enemy” (verse 43).

Whether or not this policy meets the standards of the Priesthood Oath, there is not much we can do to change it, or the reproving that has already taken place. But what should come next?

Love. Love must come next. After reproving, the Priesthood Oath requires an “increase of love” so great that the person being reproved knows they are not an enemy, and that “thy faithfulness is stronger than the cords of death.” We can show faithfulness to LGBT individuals in our congregations and communities by offering sincere friendship that transcends political or religious views. Our efforts to show faithfulness to those directly affected by this policy must be redoubled.

We must recognize the enormous amount of reproving that has been done. Fighting marriage equality has been the church’s central rallying cry for decades—raising and spending tens of millions of dollars, delivering thousands of talks, and drafting proclamations and policies all directed towards that battle.

After so much reproof for so long, where is the outpouring of love? Now is the time to turn our backs on the cultural wars of the past decades, and to beat our swords into plowshares once and for all.

The church’s recent donation to the Utah Pride Homeless shelter and its backing of a Utah bill for nondiscrimination in housing and employment are a good start, but we need much more to repair the trust and relationships that have been destroyed. And while local efforts may never be able to compete with the massive budgets and influence that the Church has, sincere efforts at every level to “lift where you stand” should be taken. Members can get involved in so many ways—attending support meetings for LGBT people, mourning with those that mourn, and standing up for any LGBT individuals who need support in their local congregations and communities.

Finally, we have to squarely address the issue of LGBT rejection and suicide. LGBT youth are four times more likely than their peers to attempt suicide; and LGBT youth raised in rejecting family environments are more than eight times as likely to attempt suicide. If every family in this church can hang the Proclamation on the family on their wall, then every family in this church can be taught what it takes to create a loving and safe environment to raise a lesbian, gay, bisexual, or transgender child.

Verse 44 of the Priesthood Oath should be a scripture mastery for every member to know and live by heart:

“That he may know that thy faithfulness is stronger than the cords of death.”

This verse should haunt every chapel wall, every youth pamphlet, and every talk until it becomes crystal clear that we do not tolerate cruelty, rejection, or unkindness on any basis—including on the basis of sexual orientation or gender identity. One person feeling rejected, depressed, isolated, or suicidal is one person too many in our church.

I yearn for a future where our LGBT members know that the genuine love and faithfulness of their Mormon community “is stronger than the cords of death.”

All posts by Andrew Bingham