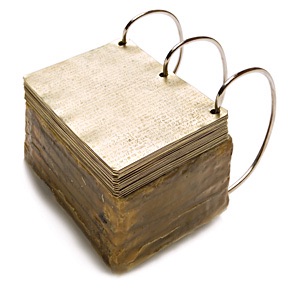 “This book must be either true or false. If true, it is one of the most important messages ever sent from God… If false, it is one of the most cunning, wicked, bold, deep-laid impositions ever palmed upon the world, calculated to deceive and ruin millions… The nature of the message in the Book of Mormon is such, that if true, no one can possibly be saved and reject it; If false, no one can possibly be saved and receive it… If, after a rigid examination, it be found an imposition, it should be extensively published to the world as such; the evidences and arguments on which the imposture was detected, should be clearly and logically stated, that those who have been sincerely yet unfortunately deceived, may perceive the nature of deception, and to be reclaimed, and that those who continue to publish the delusion may be exposed and silenced, not by physical force, neither by persecutions, bare assertions, nor ridicule, but by strong and powerful arguments – by evidences adduced from scripture and reason…” — Elder Orson Pratt, Divine Authenticity of the Book of Mormon, Liverpool, 1851, pp. 1-2

“The Book of Mormon is the keystone of [our] testimony. Just as the arch crumbles if the keystone is removed, so does all the Church stand or fall with the truthfulness of the Book of Mormon. The enemies of the Church understand this clearly. This is why they go to such great lengths to try to disprove the Book of Mormon, for if it can be discredited, the Prophet Joseph Smith goes with it. So does our claim to priesthood keys, and revelation, and the restored Church…” –President Ezra Taft Benson

“I am suggesting that we make exactly that same kind of do-or-die, bold assertion about the restoration of the gospel of Jesus Christ and the divine origins of the Book of Mormon. We have to. Reason and rightness require it. Accept Joseph Smith as a prophet and the book as the miraculously revealed and revered word of the Lord it is or else consign both man and book to Hades for the devastating deception of it all, but let’s not have any bizarre middle ground about the wonderful contours of a young boy’s imagination or his remarkable facility for turning a literary phrase. That is an unacceptable position to take—morally, literarily, historically, or theologically.” — Elder Jeffrey R. Holland, “True or False,” New Era, June 1995, Page 64

“Some who term themselves believing Latter-day Saints are advocating that Latter-day Saints should abandon claims that the Book of Mormon is a historical record of the ancient peoples of the Americas. They are promoting the feasibility of reading and using the Book of Mormon as nothing more than a pious fiction with some valuable contents. These practitioners of so-called “higher criticism” raise the question of whether the Book of Mormon, which our prophets have put forward as the preeminent scripture of this dispensation, is fact or fable–history or just a story.” — Dallin H. Oaks 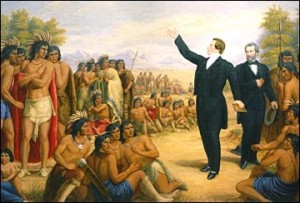 These or similar statements are a familiar refrain to every Latter-Day Saint. If you’re like me, you heard it from seminary teachers, youth leaders, bishops, and mission presidents. You heard it at church, in general conference and at EFY.

No one can argue that these are bold assertions of testimony in Joseph Smith and the Book of Mormon. They carry a significant rhetorical weight, as they draw from their audience immediate reaction and demand an immediate (at least, internal) judgment. The inherent problem with this though, is that something like the historical status of the Book of Mormon is not something that can be determined in an immediate way.

The bigger problem for many of those struggling with doubts and questions, is that they HAVE confronted this question head on, and after considerable effort and exhaustive research, have still come up short. If a person weighs the available evidences for and against the truth claims of a historical Book of Mormon, often they can’t reconcile them enough to honestly affirm it’s veracity.

At that point, the counsel of their own leaders seems to demand that they abandon the church, or even, you could argue, that they denounce it. Church leaders often accuse apostates of dishonest intentions (I.e. pride, desire to sin), but it could be argued that the church essentially demanded absolutist responses when they set up this false dichotomy.

And it IS a false dichotomy. Because like almost everything in life, the matter of the truth or falsity of the Book of Mormon record is not that simple.

Suppose, for example, it is all lies and hogwash… Suppose every word of it was manufactured by Joseph or Sidney or Oliver. Can you deny the force for good that Mormonism has been in the world? When you dismiss the idea that native Americans could have descended from ancient Israelites, do you, of necessity, also dismiss the millions of lives of Christian discipleship the words of the book has inspired?

Likewise, if the Book of Mormon is true, does that mitigate the horror of the massacre at Mountain Meadows? Does it justify the treatment of blacks or women in the church? Should the fact of its veracity render our leaders immune to criticism? Even when the criticism amounts to, “Be less like the Nephites”? (D&C 38:39)

When you consider the implications of the keystone dichotomy, it becomes much easier to accept the possibility that truth is actually somewhere in the muddy middle. Maybe the Book of Mormon doesn’t have to be a historical record to be inspired scripture. Maybe what is taught in the book demands more of us than weighing evidences regarding its origin.

For my own part, I have decided it teaches us to put the needs of other people before myself. Thus, spending all of one’s time at the scales of historicity is a luxury a disciple does not have.