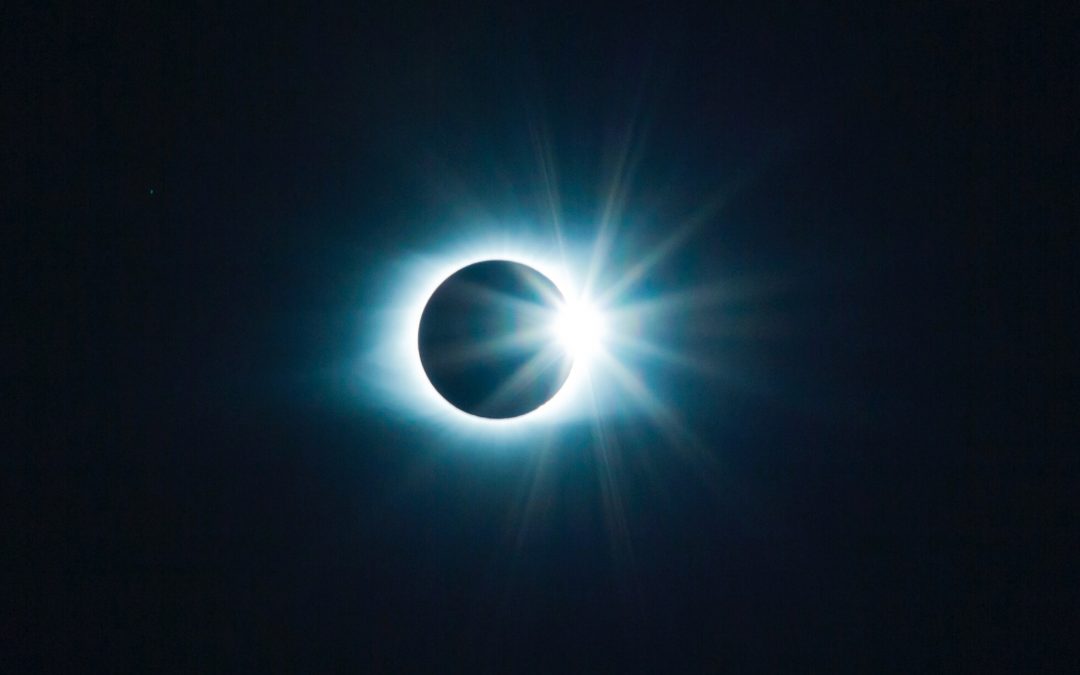 Imagine what it would be like to hear as much about Heavenly Mother as we do Heavenly Father. Imagine if we spoke of Her as often as we do of Him. Imagine if we worshiped Her as vocally and immersively as we do Him. Imagine if the King Follett sermon were written about Her just as much as Him. I imagine it might change the way women envision their godly potential.

I imagine Joseph’s sermon would sound something like this:

If women do not comprehend the character of God, they do not comprehend themselves. I wish to go back to the beginning, and lift your minds into more lofty spheres and a more exalted understanding than what the human mind generally aspires to. It is necessary for us to have an understanding of God herself in the beginning. Turn to your hearts. What kind of being God is? Ask yourselves, have any of you seen Her, heard Her, or communed with Her? The scriptures tell us that life eternal is to know the only true God, but who here knows Her?

Today, I testify that She lives. I want you all to know Her and be familiar with Her. She speaks when we speak. Whether by Her voice or the voice of Her servants, it is the same. Today, we are about our Mother’s business.

Let others not meddle with any woman for her religion. All governments ought to permit every woman to enjoy her religion unmolested in pursuit of religious freedom—even without molestation from patriarchal governance. The Mother does not belong to the patriarchs. Her narrative is not theirs to control. She doesn’t need protection from Her children. To suggest that She needs protection from Her offspring is the sort of hubris the scriptures warn us of. We are in error to believe we could injure our Creator enough to require patriarchy’s paternal protection.  She can unflinchingly withstand the petulant tantrums of Her imperfect children because She is God. She has the power of the Almighty in Her being.

I am going to tell you how God came to be God. God herself was once as we are now, and is an exalted woman, and sits enthroned in yonder heavens! That is the great secret. If the veil were rent today, and the great God who holds this world in its orbit, and who upholds all worlds and all things by Her power, was to make herself visible, you would see her like a woman in form—like yourselves in all the person, image, and very form as a woman. Eve was created in the very fashion, image and likeness of God, and received instruction from, and walked, talked, and conversed with Her, as one woman talks and communes with another. The Mother, too, is eternally progressing. We are co-eternal with Her. We each have her Divine potential within us. She is in me. She is in you. The scriptures say if you have done it unto one of the least of these Her children, you have done it unto Her.

These ideas are incomprehensible to some, but they are simple. It is the first principle of the gospel to know for a certainty the character of God, and to know that we may converse with Her as one woman converses with another, and that She was once a woman like us; yea, that God herself, the Mother of us all, dwelt on an earth. But how else does a woman come to know God without worshiping and emulating Her? How do we reach our Divine potential, if not to follow in Her footsteps?

Here, then, is eternal life—to know the only wise and true God; and you have got to learn how to be gods yourselves, and to be queens and priestesses to God, the same as all gods have done before you, namely, by going from one small degree to another, and from a small capacity to a great one; from grace to grace, from exaltation to exaltation, until you attain to the resurrection of the dead, and sit enthroned in everlasting power. It is meant for every woman who desires to receive it, and it is right to rebuke those that would thwart a woman from her heavenly inheritance.

In the beginning, the head of the Gods called a council of the Gods; and they came together and prepared a plan to create the world and populate it. The Godhead is incomplete without Her. It is only though the union of man and woman, in a cooperative partnership of plural genders, that God can attain the highest glory. God is not God without Her and Him in union, plural in nature, each made in the image of their Creator. It is in plurality of partnerships, relationship, diversity, comradery, and unions that we may attain eternal life.

God herself is an embodied Creator. She is as black as the night sky and as bright as the noon-day sun. She knows creation, birth, and generation. She created not from ex nihilo, but organized eternal elements; the same as a woman would organize materials and build a ship. Hence, we infer that God had materials to organize the world out of chaos—chaotic matter. Element had an existence from the time She had. The pure principles of element are principles which can never be destroyed; they may be organized and re-organized, but not destroyed. They had no beginning and can have no end. Eternity is in constant motion.

She holds the keys of priesthood which enable all life and flourishing. Her priesthood power operates by persuasion, long-suffering, gentleness, meekness, and pure knowledge. Her power doesn’t require harsh tones or fearmongering from a God of wrath, because Her priesthood power is found in love unfeigned. There is no fear in love. She loves. O, how She loves. She loves deeply, endlessly, unconditionally. She loves all Her children. God so loved the world that She sent Her son. Through Her power and the sacrifice of Her son we are afforded redemption to join the Gods in eternal life. Priesthood power is the power by which mortal bodies will be resurrected immortal, glorified by God according to their works while in mortality. Her power will swallow up death in victory and She will wipe away the tears off all faces. For this is Her work and glory—to bring to pass the immortality of eternal life of Her children.