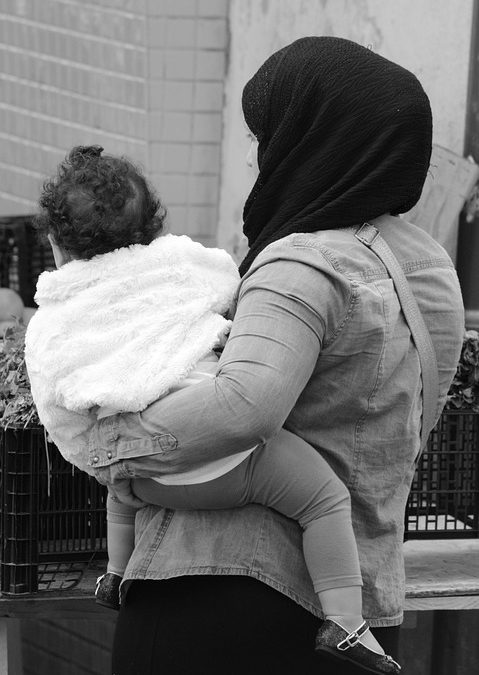 As you might have heard, Mormons — like many of our other religious brothers and sisters — are fairly anxious about religious freedom these days. In light of President Obama’s proclamation that January 16th is Religious Freedom day, this post suggests a number of concrete ways that we can all do a little better at honoring religious freedom.

1) Respect people of all faiths

“We ought to be aware of those prejudices which sometimes so strangely present themselves, and are so congenial to human nature, against our friends, neighbors and brethren of the world, who choose to differ from us in opinion and in matters of faith. Our religion is between us and our God. Their religion is between them and their God.” — Joseph Smith

Sometimes the faithful can be the most passionately dismissive of others’ religious beliefs. America has a long history of dominant religions oppressing minority religions. Just ask Mormons in Missouri in 1838 or the survivors of Haun’s Mill.

If we are to defend religious freedom, we must remember that when any religious group is targeted, we all have a responsibility to speak up. — President Obama

2) Respect people of no faith

We acknowledge that the same freedom of conscience must apply to men and women everywhere to follow the religious faith of their choice, or none at all if they so choose. — Dallin H. Oaks

Religious freedom protects the rights of all groups and individuals, including the most vulnerable, whether religious or not. —Mormon Newsroom

Donald Trump’s threatened Muslim registry and the crisis at Standing Rock in 2016 were an opportunity for members of the Christian majority in America to stand with their fellow people of faith. Many did. Too many of us didn’t, or did so halfheartedly. In 2017, let’s be sure to try a little harder to be a little better at this.

4) Err on the side of compassion

Part of being American means guarding against bigotry and speaking out on behalf of others, no matter their background or belief — whether they are wearing a hijab or a baseball cap, a yarmulke or a cowboy hat. — President Obama

Christians worship Jesus, a dark-skinned Jew who routinely offended the religious leaders of his day by doing exactly the opposite of what they said. If they decided someone was dirty and untouchable, Jesus went out of his way to touch them. If they decided you couldn’t shuck corn on Sunday, Jesus waited until they walked by on a Sunday, and shucked corn right in front of them.

Churches are political even when they refuse to act politically, because silence is a form of complicity and thus an endorsement of the status quo. — Robin R. Meyers

Religion is supposed to help us love each other more, not beat each other over the heads with the weight of our interpretations of scripture.

This becomes easier when we remember that Elder Oaks has taught us just because we religious folk don’t get our way legally doesn’t mean that we’re somehow oppressed:

Religious belief is obviously protected against government action. The practice of that belief must have some limits. — Dallin H. Oaks

5) Use religious freedom to bring people together, not drive people apart

We have a responsibility to be active in the communities where we live … and to work cooperatively with other churches. … It’s important that we eliminate the weakness of one standing alone and substitute for it the strength of people working together. — President Monson

We have a great opportunity in religious diversity. All religions of the world have truth and goodness to share. And all religions call for more love, more compassion, and more service.

[T]hroughout our history, faith communities have helped uphold these values by joining in efforts to help those in need — rallying in the face of tragedy and providing care or shelter in times of disaster. — President Obama

If we prioritize being right over love and service — if we use faith as an excuse to be mean to others — we are doing far worse than hiding our light under a bushel.

As Christians, our most “deeply held religious belief” is that Jesus Christ died on the cross for sinful people, and that in imitation of that, we are called to love God, to love our neighbors, and to love even our enemies to the point of death. So I think we can handle making pastries for gay people. — Rachel Held Evans

Nobody likes talking with someone who knows they’re 100% right about something. This is especially true when it comes to matters of faith. When our number one goal is to prove we’re right or defend our turn, we’ll miss out on opportunities to learn and grow.

As a Nation, our strength comes from our diversity, and we must be unified in our commitment to protecting the freedoms of conscience and religious belief and the freedom to live our lives according to them.  — President Obama

7) Let others worship how, where, and what they may

A church can claim access to higher authority on moral questions, but its opinions on the application of those moral questions to specific legislation will inevitably be challenged by and measured against secular-based legislative or political judgments. — Elder Dallin H. Oaks

It’s easy to forget that some people worship differently than we do, but should still be allowed their religious preference.

Yet while I do this work because of my faith, I also recognize of course that in a pluralistic society there are many different perspectives. It is both unrealistic and wrong to insist that everyone hold my views, my faith. The place we meet, in our differences, is in the founding documents of our democratic republic. — Sister Simone Campbell

8) Disagree without being disagreeable

“Hooray for differences! Without them, there would be no harmony. In principles, great clarity. In practices, great charity.” —Sister Chieko N. Okazaki

[I]n a nation with citizens of many different religious beliefs, the right of some to act upon their religious principles must be qualified by the government’s responsibility to protect the health and safety of all. — Dallin H. Oaks

9) Be bold in defense of both sides of religious freedom

As L. Tom Perry wisely taught “Besides protecting our own rights, we must protect the rights of others, including the most vulnerable and the least popular. We must show mutual respect for others and treat all civilly. No one should be belittled for following his or her moral conscience.”

The religious beliefs of people like Sister Simone Campbell and Rev. William Barber (and many others) drive them to defend LGBT rights just as sincerely and religiously as others’ religious beliefs drive people to restrict them. It’s not religious freedom if it just defends me and my perspective.

We are at our best as fellow citizens when the push-pull of different viewpoints, freely and thoroughly aired in national debate, leads ultimately to compromise and resolution and we move on as a nation, stronger than before. — Sister Neill F. Marriott

When we are so caught up in how oppressed are, we’re not able to actually live the part of our religion that asks us to love other people, to watch their backs in a dangerous world.

Indeed, a quick glance around this broken world makes it painfully obvious that we don’t need more arguments on behalf of God; we need more people who live as if they are in covenant with Unconditional Love, which is our best definition of God. — Robin R. Meyers

A version of this post was also published at MormonPress.