Reflections on the 50th anniversary of “Dialogue: A Journal of Mormon Thought” 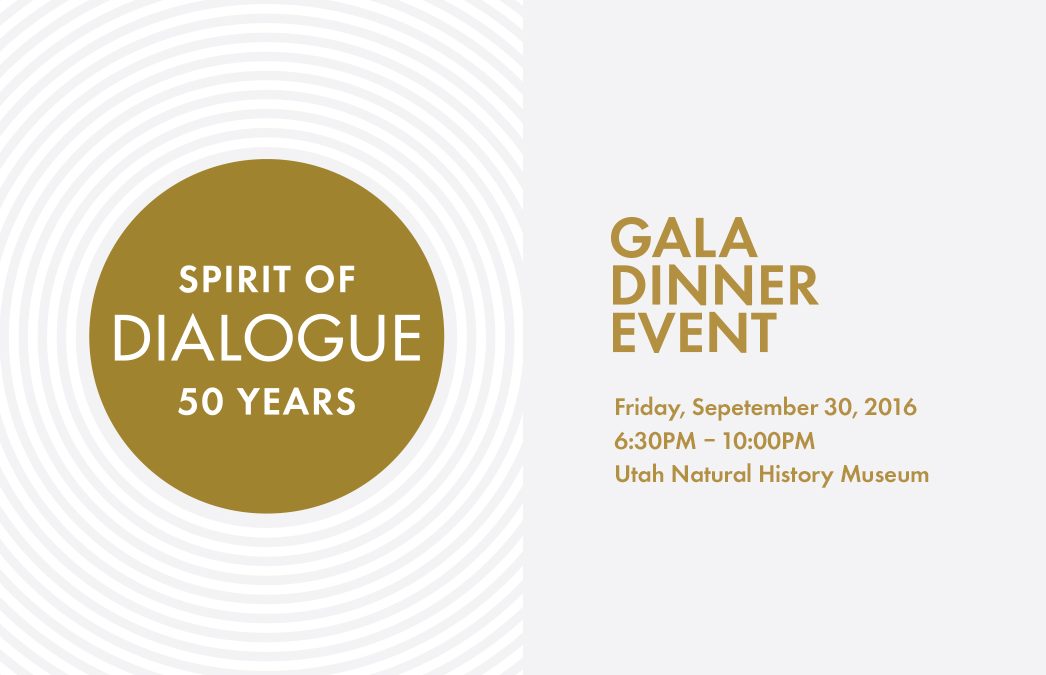 This year marks the 50th anniversary of the founding of Dialogue: A Journal of Mormon Thought. A conference and gala event are being held on September 30th to commemorate this anniversary. In that spirit, I offer a few reflections on the impact Dialogue has had in my own personal life.

WHAT DIALOGUE ARTICLE HAS IMPACTED ME THE MOST?

There are two articles that have had an extraordinarily important impact on my personal faith and religious worldview. The first is Blake Ostler’s 1987 “The Book of Mormon as a Modern Expansion of an Ancient Source.” In this article, Ostler reviews the evidence that would place the likely Book of Mormon authorship in the ancient world as well as the evidence that points to its origin more as a product of Joseph Smith’s 19th-century worldview. He argues that explaining the provenance of the Book of Mormon ultimately requires a both/and approach rather than an either/or approach:

The ultimate reality in Mormon thought is not an omnipresent God coercing passive and powerless prophets to see his point of view. God acts upon the individual and imparts his will and message, but receiving the message and internalizing it is partly up to the individual. In this view, revelation is not an intrusion of the supernatural into the natural order. It is human participation with God in creating human experience itself. … Even if Joseph had been aware of his presuppositions, however, it would have been impossible for him to escape the influence of his culture and the necessity of rendering the translation in a conceptual framework meaningful to his contemporaries. We are all limited by language, culture, and conceptual presuppositions. (110-111)

The second article is Duane Jeffrey’s 1973 “Seers, Savants and Evolution: The Uncomfortable Interface.” In this article, Jeffrey details the various authoritative statements by LDS General Authorities on the topic of biological evolution. Most interesting to me, he details how the views of James Talmage and B. H. Roberts differed from those of Joseph Fielding Smith on the topic and how they publicly taught competing views to Mormon audiences in the mid-20th century.

Ostler’s article was important in my life several years ago because it was the first time I had to take seriously the idea that divine revelation is necessarily mediated through imperfect human filters. Up until that point I had mostly assumed that all scripture (except for the parts of the Bible not “translated correctly,” of course!) was the direct and inerrant word of God as conveyed by the prophets who wrote them. It had not occurred to me that the divine message might somehow be distorted by the biological, cultural, or psychological biases and limitations of those prophets or others who claim to receive authoritative revelation.

Jeffrey’s article was important at an earlier point in my life because up until that point I had not known that the LDS apostles ever disagreed on anything important. Growing up I had assumed that being a “prophet, seer, and revelator” meant that you had a direct, clear, and reliable access line to God. Why would one apostle ever disagree with another if they all had equally reliable and unmediated access to the Source of all truth? Jeffrey’s Dialogue article showed evidence of disagreement among the apostles about a topic that is arguably of fundamental importance: the origin of human life on earth. This forced me to grapple with the question of what exactly it means to be a “prophet, seer, and revelator” in the Mormon tradition. Just how reliable and direct is that access line to God if different apostles are getting different answers, even on the big questions?

Collectively, these two articles gave me the building blocks to critically and rigorously assess my understanding of the relationship between divine revelation, scripture, prophets, and religious authority. This understanding continues to be reevaluated and revised to this day, which has strongly influenced my constantly evolving paradigm of reality, especially in the realms of faith, religion, and spirituality.

WHY DOES MORMONISM NEED DIALOGUE?

Because, as J. Reuben Clark once wrote, “if we have the truth, [it] cannot be harmed by investigation. If we have not the truth, it ought to be harmed.”

Also, because I strongly believe that truth is more likely to be found through the vigorous public contestation of ideas from multiple sources and perspectives. As John Stuart Mill wrote:

The peculiar evil of silencing the expression of an opinion is, that it is robbing the human race; posterity as well as the existing generation; those who dissent from the opinion, still more than those who hold it. If the opinion is right, they are deprived of the opportunity of exchanging error for truth: if wrong, they lose, what is almost as great a benefit, the clearer perception and livelier impression of truth, produced by its collision with error.  (On Liberty, chapter 2)

I admire men and women who have developed the questing spirit, who are unafraid of new ideas as stepping stones to progress. We should, of course, respect the opinions of others, but we should also be unafraid to dissent – if we are informed. Thoughts and expressions compete in the marketplace of thought, and in that competition truth emerges triumphant. Only error fears freedom of expression.  (“A Final Testimony”, from An Abundant Life)

There must be forums for this contestation and deliberation of ideas to take place if truth is to be found. Dialogue is one of these important forums in contemporary Mormon thought.

WHAT I HOPE MORMONS WILL BE DIALOGUING ABOUT IN FIFTY YEARS

In fifty years I hope Mormons will be dialoguing more deliberately about the continuing shift into a postmodern worldview in Western culture and what it means for religious identity and authority. I hope that we are dialoguing about the cultivation of multiple religious identities and the fragmentation and diffusion of religious authority and what that means for Mormonism. (See here, here, and here for my previous discussions of this topic.)

I hope that we will be dialoguing about how to decentralize authority and delegate more autonomy to regional and local leaders as Mormonism becomes an increasingly international and non-American religion.

I hope that we will be dialoguing about how to productively and constructively (but not defensively or destructively) respond to the continuing advance of secularism in modern society.

And I hope that we will still be dialoguing about how the search for truth is at the core of what it means to be a Mormon.