To Progressive LDSs on Book of Mormon Historicity 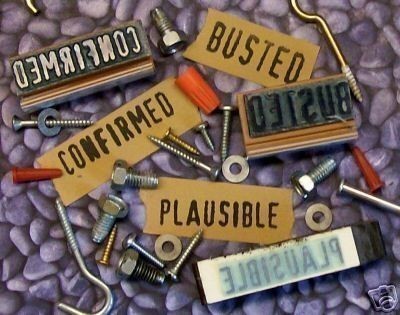 A common (but not universal) sentiment among progressive Latter-day Saints is that the Book of Mormon is valuable simply because we, as the readers, find moral value in it. It has shaped our lives and history whether or not it is truly a historical record. I think this is largely correct. Some progressives go so far as to say they don’t believe it is a historical record, and that trying to demonstrate Book of Mormon historicity is a waste of time and a losing battle. I’m writing to you. I disagree with this assessment of the trends in Book of Mormon scholarship, but more importantly, I think you are hurting progressive efforts to shape the future of the church by rejecting Book of Mormon historicity. The way to win the historicity war is to embrace it, make the biases of the ancient authors and abridgers part of the everyday discussion, and open a space for academic scholarship in mainstream interpretation of scripture.

Scholars who accept Book of Mormon historicity bring in information from many scholarly disciplines. This places limits on the Book of Mormon, turning the game of choosing the best interpretations from a superficial, mystical exercise shaped solely by our 21st (or 20th, or 19th) century views, into an endeavor potentially shaped by the best advances in the scholarship of cultural history, literary theory, etc. This changes the entire discourse around what the Book of Mormon teaches. I want to outline a few ways this favors progressive ideals.

Accepting that the Book of Mormon was written by historical figures–people we can potentially learn about through the study of cultural history–even if you don’t share my belief, effectively weakens the absolute interpretive control of the religious hierarchy. I believe this control is more culturally assumed than doctrinal, anyway, and that many prophets don’t feel it is their job to give absolute interpretations of scripture. Many prophets think we should all be doing it ourselves, and have said as much, although others would restrict personal interpretation to a greater degree. But if the text belongs in a particular historical and cultural context, then anyone who develops expertise in that history gains an added authority in scriptural interpretation regardless of their ecclesiastical position. Scholarly experts have more sway in how we understand scripture, and the door is opened for science to influence Mormonism a little more.

Allowing science to encroach upon a religious text will have serious consequences and will meet with a lot of resistance, but it will likely have a similar effect to Biblical scholarship. There will be fundamentalist Mormons who resist the liberalized understanding, seeing it as eroding moral values, but there are few mainstream Christian churches which don’t recognize many of the difficulties with literal interpretation of the Bible. I’m unaware of any that still believe the Sun revolves around the Earth, although some still seek to justify a global flood. The same will happen with Mormonism. It will take a generation for each significant shift, but changes will happen, and they will happen in the direction of supporting measurable truths.

In contrast to the effect of Biblical scholarship causing many students to doubt the divinity and resurrection of Christ, embracing the Book of Mormon as historical has the opposite effect. Whatever biases its authors may have had, the Book of Mormon is a witness of the risen Christ. Biases don’t eliminate the lived experiences of thousands, and the transmission of those experiences is much less convoluted than for the Bible. People who saw Christ wrote about it. Mormon had their writings. Joseph Smith transmitted those writings. Three steps with no gap of a generation or two between the events and their recording. In addition, although we need to take hypotheses like Blake Ostler’s expansion hypothesis seriously, it is more difficult to argue away the content of the Sermon on the Mount as not coming from Christ. Book of Mormon believers have to take it at full force with its injunctions to love your enemies and do good to them that hurt you, to be reconciled to your brother for anything he has against you, to not lay up treasures on earth, and that the fruits of prophets are what show their truthfulness, not the man’s position.

If the Book of Mormon is historical, ancient prophets are as human as modern ones, with all of their biases and limitations of knowledge and experience. This gives greater justification for the serious care progressive Mormons give to listening to modern prophets and then carefully examining what they teach. It makes us realize that everyone is a “cafeteria Mormon”. It strengthens the claim that we are responsible for our own moral choices, and not anyone else–even a prophet. Instead of having to convince Latter-day Saints that the Book of Mormon shouldn’t be read historically, you only need to convince them to read it more literally. To read the subtext illuminated by faithful, church sponsored, Book of Mormon scholars. Nephi got the history right–from his own perspective. When we insist he got it right from all perspectives, we become vulnerable to outside (and inside, for that matter) critics who would show that the Book of Mormon is a hoax perpetrated by Joseph Smith. Mormon compiled the Book of Mormon from the perspective of a lifelong soldier fighting an overwhelmingly losing battle. Thank goodness he and Moroni had visions of the future, or this could be an irredeemably morbid text. When we limit the Book of Mormon to this more human (not exclusively human) dimension, as the scholars of the Maxwell Institute (and Sunstone and Dialogue) regularly do, then our claims are more defensible–and lots of faithful members like defensible claims (See some examples of what we like, even if they don’t all bear close scrutiny). Show these members how making more modest, careful, historical claims about the Book of Mormon strengthens it against attack and props it up in its most important role–testifying of Christ–and they will begin to think and talk in more modest, careful ways. They will begin to give up a degree of scriptural inerrancy and prophetic hero worship because they will see how caution and modesty in these beliefs strengthens their evidence of the risen Christ.

(Since writing this post, I came across an article discussing the effect of framing on shifting political attitudes. If you want to shift the attitudes of conservatives in a liberal direction, you may have success doing it through framing your views in light of ingroup (i.e. believers in the Book of Mormon), authority (scripture provides authority), or purity (it is holy to follow liberal Book of Mormon teachings). So even if I weren’t such a strong believer that Ammon was a real Nephite prince, I would be on the right track toward influencing conservative attitudes.)

Those are some of my reasons. For progressive or cultural Mormons who want to stay in the LDS church, I think you are shooting yourselves in the foot to fight against Book of Mormon historicity. You should be embracing it to give you greater hope for the future of the LDS church, greater power to shape that future, and greater hope in the resurrection.