IS THE PEARL TOO GREAT A PRICE? 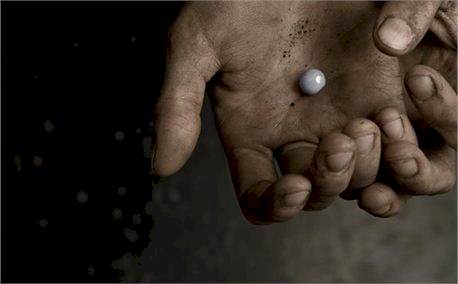 When Justin* was 14 he played Pokemon. I never understood the game but I played another geeky game in the same store. It was a friendly store and I chatted with all the regulars inbetween games. He was quiet and a bit withdrawn but over the coming weeks began to welcome the brief conversations. We became Facebook friends and occasionally discussed game schedules and movies. Justin stopped playing games at the store after a few months. I would run into him occasionally and we would comment on each others posts online but we didn’t interact much for the next couple of years. Justin was actively LDS and held the Aaronic Priesthood. He was looking forward to serving a Mission like his older brothers and his elder sister had before him. He wanted to serve his Mission “somewhere exotic, like Brazil”. He played sports and loved football.

After Justin turned 16 he saw that I was a member of Mormons Building Bridges and some photos of my wife and I at SLC Pride. He asked about them and I told him that we were active faithful Mormons with a number of gay friends whom we loved dearly and that their being gay didn’t change how we felt about them and that they were equally loved by our Heavenly Father as any other of His sons and daughters. He said he didn’t know anyone who was gay.

A few weeks later Justin messaged me again and asked if he could tell me something. He made me promise not to tell anyone. He told me that he thought he might be gay and that he hated himself. I thanked him for trusting me and told him it did not make him a bad person and that it made him no different to millions of other people, most of whom are amazing, warm, friendly and loving people. I asked him if he had told anyone else and he said no. He was afraid his family would hate him and he would have no friends. I told him that people sometimes surprise us and reassured him that I would keep his secret but he might want to tell them or someone else at some point, when he felt comfortable.

We chatted a few more times over the coming weeks and I directed him to various resources for support and suggested other people he might want to open up to so he had other options for support. I don’t know if he followed any of them. I knew his family in passing. I know he never told them. I don’t think they would have reacted as badly as he feared. Perhaps after the initial surprise they would have been okay. They loved him very much. They never had the chance to show Justin if they could accept his authentic self. I’m writing in the past tense because a few days ago I learned that Justin killed himself.

As a fellow Mormon — how will I be held accountable before God if I do not stand up before my fellow brothers and sisters and stand up for the vulnerable, alienated and outcast around me? And Justin. And the many who, like him, feel that their authentic selves are a thing to be hated, rejected and turned away. It is time to stand up for love. It is time to show our love — not when it is convenient. Not when it is socially convenient. Not when it is easy. It is long past time to show our love for all, and it is long past time to show love, unfeigned for our LGBT brothers and sisters with sincere friendship, hugs and by sharing and supporting them in their struggles, tears, laughter and joy.
Rest in Peace, Justin. I know I won’t feel peace while ever I know I’m in the company of the people you fear wouldn’t have welcomed you – and the people I know wouldn’t have welcomed you.

*Names and some details have been changed to protect confidentiality

Ian Murphy was born in England and moved to the US in 2008. He gained dual citizenship in 2014. He is married to a High School Teacher and currently serves as a Ward Missionary and as an instructor in Elders Quorum. He collects Cher head dresses, is an accomplished fromager and loves all things Eurovision. It's inevitable that the latter are sometimes enjoyed together.

All posts by Ian Murphy