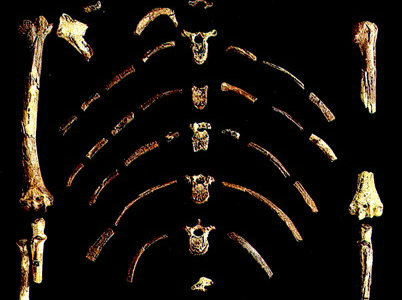 I tend to not start or end with scriptural authority, but I want you to take a close look at what these verses teach about the natural man. (Unfortunately, I am limited in my knowledge about the natural woman both because of my natural bias in thinking about how I need to interact with the world as a man and because of the sexist bias in biological and psychological research. As my wife pointed out, I now need to educate myself in this area and prepare a follow up post when I am able. I welcome reading recommendations. Now back to the scriptures on the natural man.)

“Oh then, why did he not consign us to an awful destruction, yea, why did he not let the sword of his justice fall upon us, and doom us to eternal despair? Oh, my soul, almost as it were, fleeth at the thought. Behold, he did not exercise his justice upon us, but in his great mercy hath brought us over that everlasting gulf of death and misery, even to the salvation of our souls. And now behold, my brethren, what natural man is there that knoweth these things? I say unto you, there is none that knoweth these things, save it be the penitent. Yea, he that repenteth and exerciseth faith, and bringeth forth good works, and prayeth continually without ceasing—unto such it is given to know the mysteries of God. . . .

“verily I say unto you that it is your privilege, and a promise I give unto you that have been ordained unto this ministry, that inasmuch as you strip yourselves from jealousies and fears, and humble yourselves before me, for ye are not sufficiently humble, the veil shall be rent and you shall see me and know that I am—not with the carnal neither natural mind, but with the spiritual. For no man has seen God at any time in the flesh, except quickened by the Spirit of God. Neither can any natural man abide the presence of God, neither after the carnal mind.

“the natural man is an enemy to God, and has been from the fall of Adam, and will be, forever and ever, unless he yields to the enticings of the Holy Spirit, and putteth off the natural man and becometh a saint through the atonement of Christ the Lord, and becometh as a child, submissive, meek, humble, patient, full of love, willing to submit to all things which the Lord seeth fit to inflict upon him, even as a child doth submit to his father. And moreover, I say unto you, that the time shall come when the knowledge of a Savior shall spread throughout every nation, kindred, tongue, and people. And behold, when that time cometh, none shall be found blameless before God, except it be little children, only through repentance and faith on the name of the Lord God Omnipotent.

I leave out Corinthians because I either don’t know how to interpret it, or it can be interpreted like these LDS scriptures.

This is not a new idea, but you may have noticed that the “natural man” is closely tied to the concept of pride. It is those who would seek control, or dominion, or compulsion over the souls of the children of men who are unable to see or understand the things of God–including seeing God Himself.

There is a seeming contradiction in LDS theology. We would have everyone put off the natural man, yet we came to earth for the essential purpose of receiving a physical body–a body that we keep with us throughout the eternities. Birth is a veiled separation from God–not a fall from grace, but a trusting flight forward into the arms of grace. With this in mind, we see that the call to put off the natural man is a call to leave behind our pride and vain ambition, not a call to disdain our biology. In fact, we can use our increasing understanding of biology to do just that, if we will but have ears to hear. . .

If we truly aspire to putting off the natural man and building Zion, I think it is worth our effort to once again check our prejudices and perhaps change a few to prejudices that will foster a more celestial world. Which world do your prejudices foster? Do they create a definition of manhood that is simply impossible for many to achieve? Do they justify inequality? Do they vilify out-groups? Those aren’t the path to Zion. Do they value human equality? Treat out-groups with respect? Define manhood based on intrinsic virtues accessible to all? We wouldn’t be leaving behind the biological gift given us by our Heavenly Parents. We wouldn’t be turning away from the gender that is part of our eternal nature (however we should understand that). We just may be allowing our Heavenly Parents to work in us those changes where weak things become strong unto us. I’d call that a strong foundation. Maybe we can build on it together.