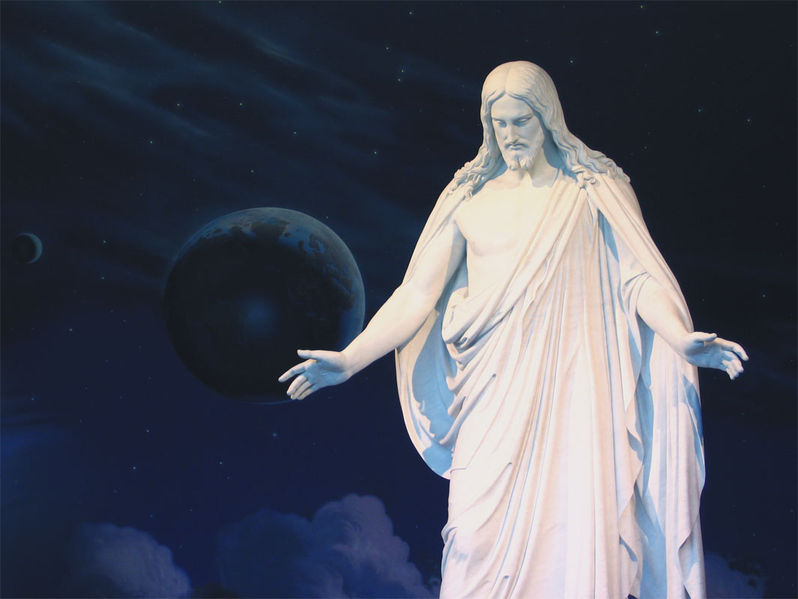 From time to time, the LDS church has issued belief statements on various topics, most notably in recent memory, The Family: A Proclamation to the World and The Living Christ. A couple of years ago, I realized that a belief statement on the nature and attributes of God was conspicuously missing from the line-up and I began to imagine what such a statement would say. Since speculation is a hobby of mine, I wondered if the statement’s absence was because of our dearth of understanding regarding Our Mother in Heaven. The BYU Studies article entitled A Mother There, written by Paulido and Paulsen, clearly demonstrated that a testimony of the Goddess can be obtained and shared. In my imaginings, I began to write what my belief statement regarding Our Eternal Parents would say. I am sharing it now and it is open for feedback and suggestions. You are also invited to endorse the statement with your signature if you feel that you share the same testimony and want to join with me in imagining a Deity compromised of male and female, God and Goddess. It is my prayer, at some future point, this knowledge will be widely known and recognized among church members and that a belief statement will be developed by church leaders that will include a vision of Our Mother in Heaven as the equal of Our Father In Heaven.

I have attempted to stick closely to the scriptures and credible sources of scholarship and theological teachings. Rational Faiths has summarized the Biblical and archeological scholarship indicating an ancient Israelite Goddess so I would refer you to those links to find out more about the scholarship alluded to in the document.

A belief statement in the vein of The Living Christ

The Church of Jesus Christ of Latter-day Saints unequivocally proclaims the existence of God. “All things denote there is a God; yea, even the earth, and all things that are upon the face of it, yea, and its motion, yea, and also all the planets which move in their regular form do witness that there is a Supreme Creator” (Alma 30:44). Joseph Smith, founder of The Church of Jesus Christ of Latter-day Saints and prophet, taught that “Eloheim is from the word Eloi, God, in the singular number; and by adding the word heim, it renders it Gods” (Joseph Smith, The Christian Godhead – Plurality of Gods, 371-72). Scholars of ancient scripture have found that originally El, the God of ancient Israel, was worshipped along with his consort, or wife, Asherah who was also known as Eloah, El Shaddai, Wisdom and Shekinah. Knowledge of Asherah among the people of Israel waned over time, and She has only recently been rediscovered as one of the “plain and precious truths” lost from the scriptures. Joseph Smith taught of a Goddess Mother and she is most widely remembered in the hymn by Eliza R. Snow, a Latter-day prophetess, which reads, “In the heav’ns are parents single? No! The thought makes reason stare. Truth is reason, truth eternal, tells me I’ve a mother there.”

When the world was created, They, that is the Gods, went down at the beginning and organized and formed the heavens and the earth (Abraham 4: 1). Upon the earth, man and woman were created in Their image. (Genesis 1: 26) The Family: A Proclamation to the World states: “All human beings male and female–are created in the image of God. Each is a beloved spirit son or daughter of heavenly parents.” Scripture teaches us that if we keep our covenants, then we too, male and female, shall become exalted beings and inherit all things. (Doctrine & Covenants 132:18-20).

Our Heavenly Father and Mother are perfect, all wise, and all-powerful; the rulers of the universe. They are merciful, kind, and just. They work together as equal partners, both skilled and capable of the challenges of godhood. Because we are Their children, They know and love each of us individually. They have a plan to help Their children find joy in this life and return to live with Them when this life is over. Our Eternal Parents invite the children of men all to come unto them and partake of their goodness; and They deny no one that comes unto Them, black and white, bond and free, male and female (2 Nephi 26: 33).

We affirm that our Mother and Father in Heaven are personages of flesh and bone, embodied, resurrected and perfected. Their promise is that all people have the opportunity to receive the fullness of Their glory. It is Their work and their glory to bring to pass the immortality and eternal life of man (Moses 1:39).

Our Heavenly Parents are knowable. Through prayer, reflection, pondering and the reception of the Holy Ghost, Their children can feel Their guidance, comfort and love. It is through prayer that the people of the earth can communicate their appreciation and gratitude for all of creation, and can request help, assistance and blessings in the work of mortality. We declare that the Holy Ghost manifests to the people of the earth and communicates our Parents’ desires for them in their lives. Our Heavenly Parents also speak through Their prophets on the earth today and through the inspired words of the faithful.

CHRIST, the Only Begotten of the Father, acted as the means by which people can overcome their fallen natures, repent of their wrongdoings, become immortal and be resurrected and, then ultimately, be reunited with their loved ones in the presence of God. It is through the atonement and resurrection of Christ that those who choose to partake in the gospel, whether during mortality or through vicarious work for the dead, can realize the hopes of this prayer: “When I leave this frail existence, when I lay this mortal by, Father, Mother may I meet you in your royal courts on high? Then at length when I’ve completed all you sent me forth to do, with your mutual approbation, let me come and dwell with you” (Hymn #292).

WE testify of the existence of our Father and Mother in Heaven, and of Their mutual love for us. We encourage the people of the earth that when they have heard these things, that they will ponder them in their hearts and pray to know the nature of God; both Our Father and Our Mother who daily love and sustain Their children. We testify that through sincere faith and a genuine desire to “hunger and thirst after righteousness” that, as individuals and together as the human family, we can together claim the blessings of exaltation.

Jenne Erigero Alderks is a convert from Unitarian Universalism, a BYU graduate, wife, mother and professional birth attendant and parent educator. A panelist on the podcast Daughters of Mormonism, Jenne has shared extensively about her faith in Heavenly Mother.

All posts by Jenne Alderks