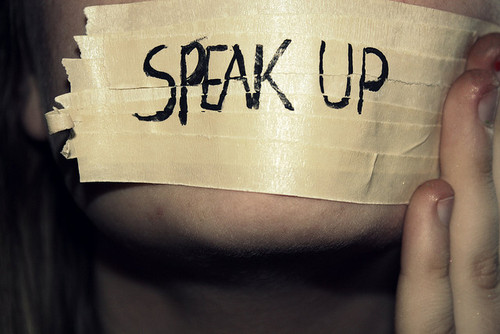 I’m waiting for Election Day, eagerly. I’m tired of this election season. I’ve been exhausted for months. I know you all feel the same.

Because the Republican nominee, Donald Trump, is the worst, right? He’s the worst – but only since recently, right?

I’ve watched on social media for almost a year now as the Orange Monster has moved his way up in the Republican party. He has been called disgusting, and you despise him. No one was voting for him then, but no one was spending much time condemning his words either.

Until the tape with Orange Monster and Billy Bush was released.

Then, and only then, did you step up and speak up. Only then did you really, really condemn Orange Monster for his words and actions. I heard nothing beforehand.

You have argued with me that the video is about action, and the hateful vitriol he spewed about immigrants and Brown and Black people is nothing but talk. I cannot vehemently disagree enough. It may sound like talk to you–if you are not on the receiving end of the violence and hatred this man has incited by othering People of Color (PoC) and giving more power to the hate group known as the “alt right”.

I have been a victim of sexual violence many, many times. It makes me sick what the Republican nominee did to women. It angers me deeply. It hurts. This is not unimportant at all, and I do not want my words to be misconstrued that way. It is not more or less important than what Trump said about Black people “living in hell”.

I am a woman of color who has been living in pain for months as I have seen a man who does not care about women, women of color, immigrants, and anyone else who isn’t a cis-het white American man. This is a man who has given his followers a platform to spew their racism. Followers who call themselves the “silent majority.”

So until you found someone you cared about protecting/defending —i.e. White women being sexually assaulted—you were silent. You didn’t like him. But you didn’t speak up.

Progressive Mormons of color hurt for months, amidst the silence of people who were not openly outraged. Wait—didn’t Republicans do the same thing? Where have you all been? Your neutrality is just as harmful as supporting the oppressor.

“These are our daughters, our sister, our friends,” you said about women after the Billy Bush/Trump tape was released. This line is already wrong because it gives women humanity only through their connections to men, but I could not help also thinking “Excuse me? Are women of color so far removed from you that the racist words you heard spewed before did not make you think ‘these are our sisters, our friends’? Am I not your sister in the gospel too?”

I do not think Clinton is the beacon of all that is good and right in the world either–several months ago when I called attention to her issues with race and her White Feminist approach, I was quickly torn apart by you for daring to call out the modern White Feminist hero.

And there it is again: in too many ProgMo spaces, racism does not matter. The slow sure change is there, but it is not enough or as widespread or as quick as it needs to be.

So, my White ProgMo friends who waited this long to say anything: what took you so long?

Tinesha Zandamela is a 22-year old BYU student double majoring in Sociology and French and plans to go to law school. She currently works as a director of a nonprofit in Utah. She has published a book about her experiences as a biracial Mormon woman that is available on Amazon Kindle [hyperlink: https://www.amazon.com/Just-Pick-One-Stories-Biracial-ebook/dp/B00YO2UZLO]

All posts by Tinesha Zandamela