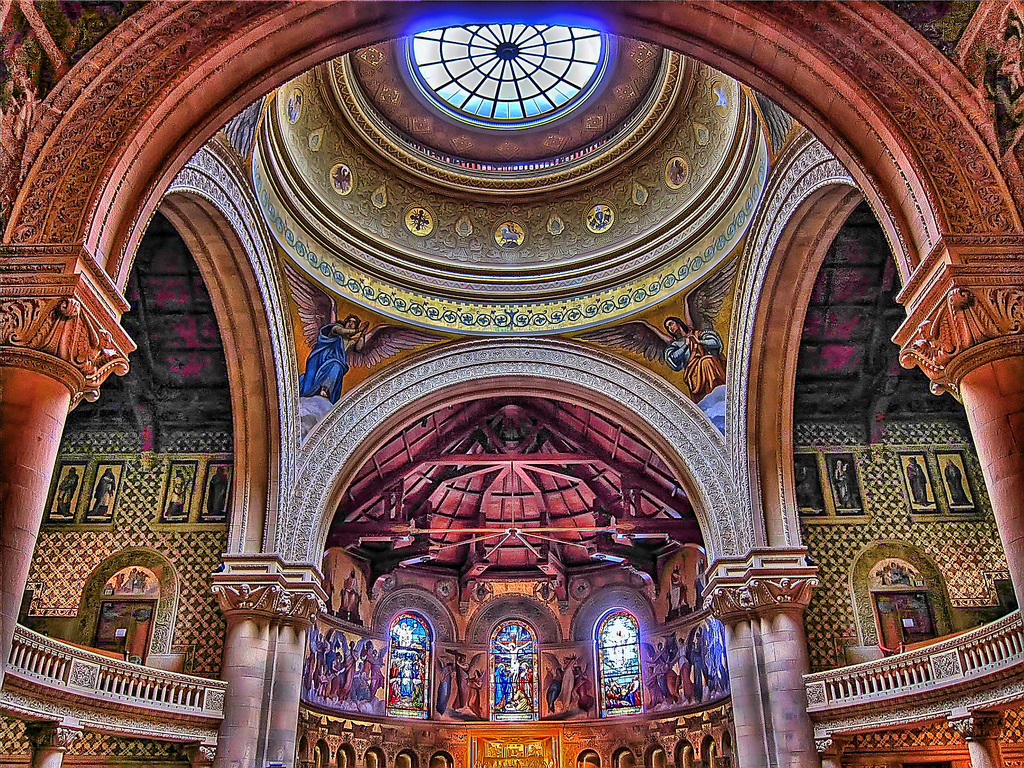 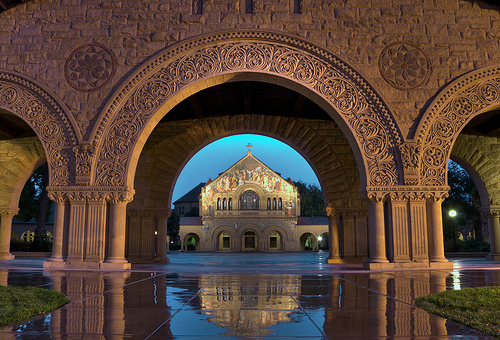 Standing in front of you here is an awe inspiring view. A group of people of faith in the middle of one of the top ranked universities. This is thanks in part to Jane Stanford, who insisted that this church be the centerpiece of campus while the architect wanted it to be a library.1 This likely seems strange to many who believe that faith and reason are antithetical, as seems to be the current Western Zeitgeist. Some may say that we must pick a side: faith or reason. Even if they are right, even if faith and reason are in fact antithetical, even if there is a deep and impassible chasm between them, how different is this from the chasm between our human condition and our concept of God? We see this chasm bridged through the atonement or at-one-ment of Christ. Can such an at-one-ment also work in the dilemma of faith and reason?

I love how Mormonism approaches atonement. Not only is atonement something which the Son of God wrought, but it is a process in which we are invited to participate. We do so in many ways. Our sealing ordinances are a form of atonement, as individuals are sealed or welded together. We have a strong concept of ‘gathering’ which is another form of atonement, as a people once scattered are brought together again as one people. I also see Mormonism as very effectively working an at-one-ment with faith and reason.

The Doctrine and Covenants teaches many things regarding this. We learn that we should seek diligently from the best books of wisdom, by study and faith.2 We learn that whatever principle of intelligence we attain unto in this life will rise with us in the resurrection and will be an advantage to us there.3 We learn that in fact, the Glory of God is intelligence.4 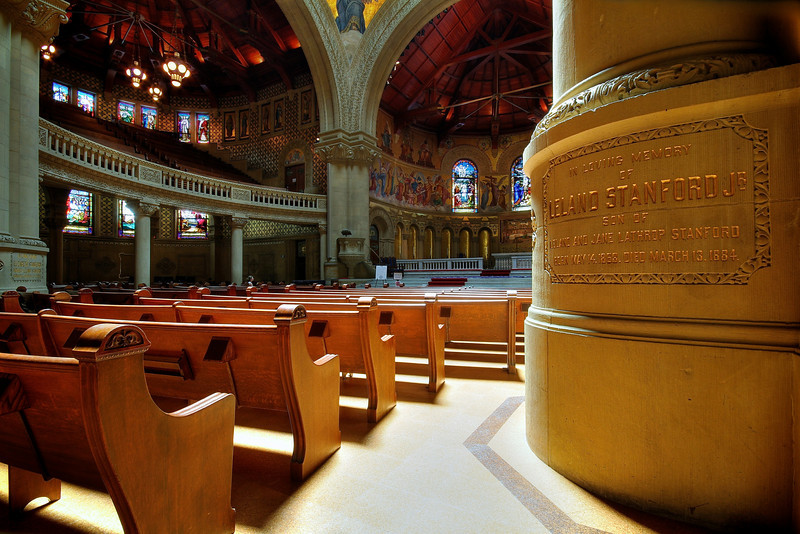 We need not fear truths gained from reason, but rather we must embrace them in order to be, as Joseph said, ‘pure Mormons.’ How do we know what of faith and reason are truth? Joseph said: “we have a right to embrace all, and every item of truth… when that truth is clearly demonstrated to our minds, and we have the highest degree of evidence of the same.”8 So with the 13th article of faith we follow of the admonition of Paul by seeking all truths and gathering or sealing them into one great whole.9

Now, I’m going to venture a guess that few if any here are guilty of not seeking out intellectual truths. If anything I’m guilty of over-focusing and interpreting even inconsequential information with a scientific approach. At times I even see things in equations. For example, when I read section 93 of the Doctrine and Covenants with phrases like “intelligence, or in other words light and truth” my brain sees: intelligence= light + truth. But if you do that to the whole section it is virtually impossible to make all the equations work as a set. Yet recently I had the following impression: what if most of the variables here are actually synonyms? What if truth = intelligence = the essence of our very being. Then “the glory of God is intelligence” can also read “the glory of God is humans/us/his children.”10

Using B. H. Roberts tripartite model of the soul, we see that our bodies are shells, vehicles, or temples for our spirits, and our spirits are the same type of vessels for our “intelligence.”11 Intelligence is the core of our very being, of our very selves. We read in Section 93 that intelligence is light and truth.12 We further read that “All truth [and intelligence] is independent in that sphere in which God has placed it, to act for itself”13 which is the same way Lehi speaks of people and agency in 2nd Nephi, when he says that man is independent, or an agent, placed on earth to act for himself.14 What if the most important truths we are to seek out, to gather or seal into one great whole, are our fellow human beings?

This fits very well with the other “grand fundamental principle of Mormonism:” friendship. Joseph placed the virtue of friendship, or love, above other virtues: “[I] don’t care what a [man’s] character is if he’s my friend.—a friend a true friend . . . I will be a friend to him[.] Friendship is the grand fundamental principle of Mormonism. It will revolutionize and civilize the world.”15

If we accept this exegesis, this Mormon metaphysics, then the most important truths for us to embrace in our lives are the light and truth of every human soul. This is not a simple task. We instinctively divide into groups and assert our group boundaries by drawing lines of exclusion. As groups we fight against each other and we ‘truths’ separate ourselves rather than bringing each other “at-one.” We create and maintain these differences rather than seeking to bridge them. The political left versus the right, people of faith versus atheists, people of faith versus ‘apostates’ who have left their fold; all are chasms that we are to strive to bridge as Mormons through friendship, and in keeping with our ideals to gather, seal, and create an at-one-ment to bring humanity into one great whole. 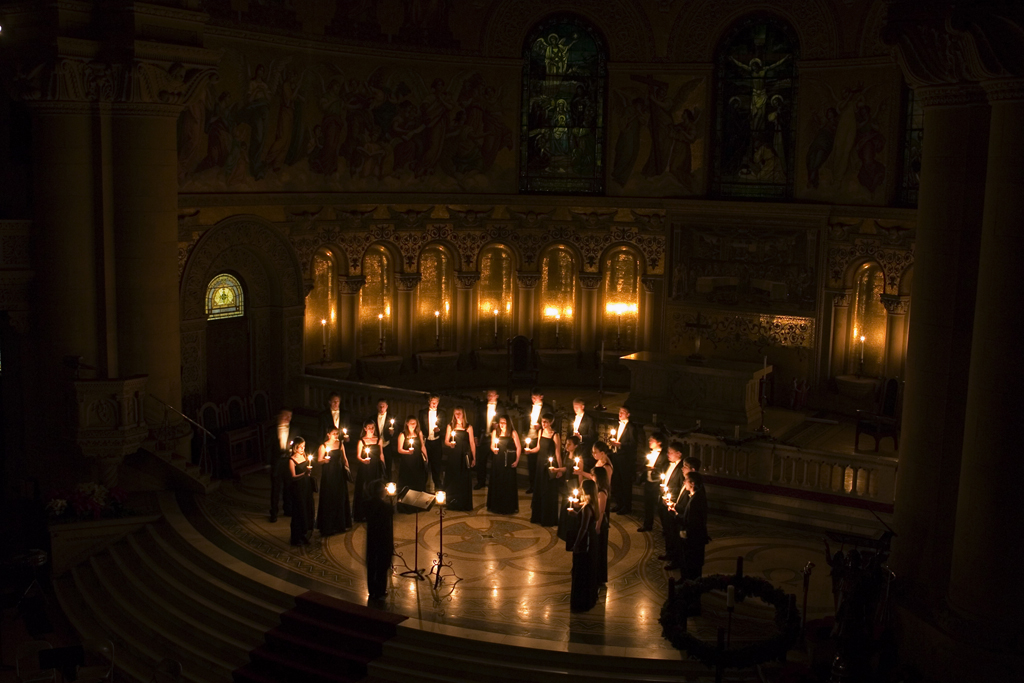 So as we continue our efforts to seek for further light and knowledge, to seek for greater intelligence, let us remember that the most important intelligence that we seek to gain and gather are our fellow human beings, especially when a chasm separates us. As we strive to live the grand fundamental principles of Mormonism, let us seek all truth and intelligence and seal them into one great whole. I say these things in the name of the author of the at-one-ment, Jesus Christ, Amen.